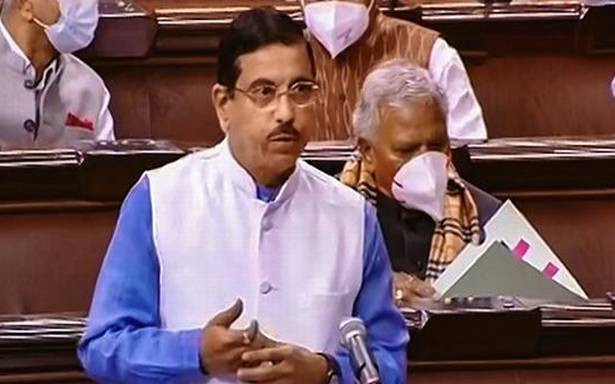 Last year, the Monsoon Session, which usually starts in July, had begun in September.

The government is hopeful that the Monsoon Session of Parliament will begin on its normal schedule in July, Parliamentary Affairs Minister Pralhad Joshi said on Tuesday amid the second wave of COVID-19.

Since the pandemic began, three sessions of Parliament were curtailed and the winter session last year had to be cancelled.

Last year, the Monsoon Session, which usually starts in July, had begun in September.

Sources said the modalities of holding this year’s Monsoon Session are still being discussed.

“I am hopeful that Parliament session will be held as per its normal schedule starting in July,” Mr. Joshi told PTI.

The authorities are confident of holding the session in July itself as most of the parliamentarians, staff members of both Lok Sabha and Rajya Sabha secretariats and other stakeholders have received at least one dose of coronavirus vaccine.

06/08/2021 India Comments Off on Government hopeful of holding monsoon session of Parliament on schedule in July, says Pralhad Joshi
India