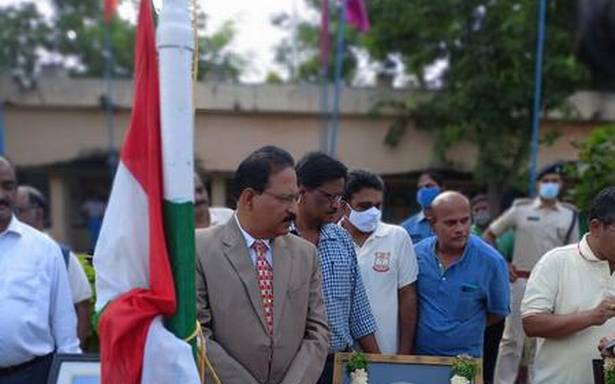 It’s been 50 years since a golden chapter was written in the school education pages of Telangana, with the late Prime Minister and then Chief Minister P.V. Narasimha Rao inaugurating the Andhra Pradesh Residential School in Sarvail village in Nalgonda district on November 23, 1971.

The DGP attributed his success in life to the Sarvail school and said it shaped his thinking leading to cracking the Civil Services. Give wings to your ideas and don’t be afraid to take the leap, he said.

The DGP and other members of the association garlanded the statues of P.V. Narasimha Rao; land donor Maddi Narayana Reddy and Dr. B.R. Ambedkar on the occasion. He also inspected the ongoing works of the new buildings being constructed by the government spending ₹ 17 crore.

Alumni Association president B. Narender Reddy; vice-president S. Mallesham; general secretary Rajashekhar Reddy; Organising secretary S. Vijayaraju and Treasurer, Vivekanand were among those present. The main celebrations of the golden jubilee will be held in December. The school is now renamed as the Telangana State Residential School Centre of Excellence and falls in Yadadri district.

The Sarvail school is the role model for all residential schools across the country as P.V. Narasimha Rao as the Union HRD Minister replicated the same by establishing Navodaya Vidyalayas in backward districts of the country when Rajiv Gandhi was the Prime Minister.