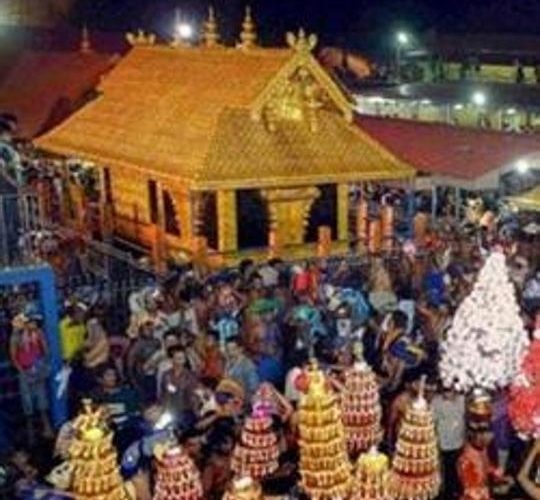 The Sabarimala temple’s chief priest on Thursday welcomed the Supreme Court’s decision to refer its last year’s ruling on the entry of women of all ages to the hilltop shrine to a larger seven-judge bench.

“God heard the prayers of millions of believers,” the tantri or the main priest Rajeevaru Kandarau said.

The five-member bench, headed by Chief Justice Ranjan Gogoi, was hearing 65 petitions seeking review of its September 2018 order that triggered widespread protests in the state after menstruating women were allowed to enter the shrine of Lord Ayyappa.

The top court has also decided to ask the larger bench to look into other issues related to religion including entry of women into mosques, entry of married Parsi women to fire temples and female genital mutilation among Dawoodi Bohra community.

A bench had reserved its decision on the Sabarimala petitions on February 6 after hearing various parties.

The top court had overturned a centuries-old ban on girls and women between the ages of 10 and 50 years and ordered on September 28, 2018, that women of all ages must be allowed into the famous hilltop shrine in Pathanamthitta district.

The Sabarimala verdict had sparked a series of protests, shutdown and violence and the Travancore Devaswom Board (TDB), which manages the Sabarimala shrine, argued that the top court cannot intervene with a century-old belief.

Traditionalists say younger women should not be allowed inside the temple as it is dedicated to a god who is an avowed celibate.