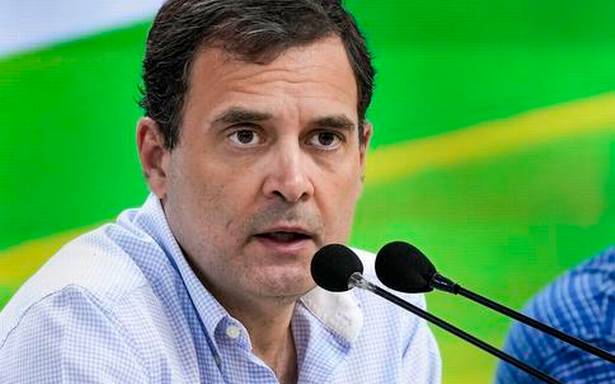 Mr. Gandhi said the most important thing Goa has is the environment and that has to be protected at all costs

He posted a three-minute video of his interactions with the people of Goa during his recent visit to the state.

Mr. Gandhi, in his speeches, has favoured legal mining and said "the most important thing Goa has is the environment and that has to be protected at all costs".

Kickstarting the Congress’ poll campaign in Goa, Mr. Gandhi on Saturday asserted that the assurances of the Congress in its election manifesto will not just be a commitment but a "guarantee", as not keeping the word will dent his credibility.

Addressing members of the fishermen community at Velsao beach in South Goa, he had said the Congress will prepare the poll manifesto openly and transparently after holding talks with different stakeholders in the state and its focus will be environmental protection.

Mr. Gandhi had also claimed that while the BJP indulges in hatred and divides people, the Congress spreads love and affection as it believes in uniting people and taking them forward.