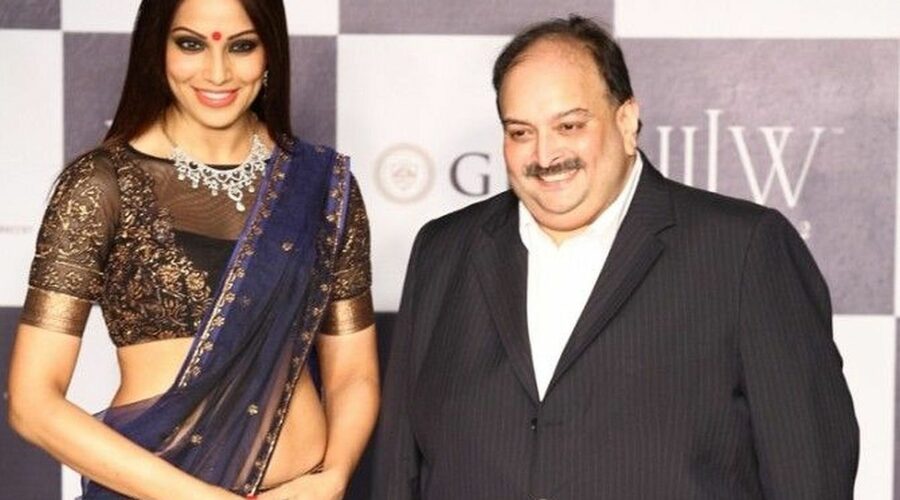 A Palanpuri Jain whose father and uncles were also jewellers, Choksi always wanted to be the Vijay Mallya of the diamond world, and chased the larger-than-life image by hiring actresses and models to push his ornaments, sponsoring horse races at the turf clubs and even hiring French executives to add sheen to his sales and marketing. Despite recent developments that have accelerated the impending extradition of fugitive diamantaire Nirav Modi, who has been in custody in London’s Wandsworth Prison for over two years, the last month has seen his uncle Mehul Choksi dominate the headlines instead with his circus-like exhibition in the Caribbean that has involved red herrings such as a “girlfriend”, to whom his wife seemed to have no objection, and possibly concocted stories of being kidnapped and manhandled.

Choksi was widely regarded as Modi’s Svengali in Mumbai when he returned from Belgium to expand his business.

He had fled to Antigua well before news around how Modi finagled thousands of crores from Punjab National Bank (PNB) and other institutions through a series of allegedly coordinated and fraudulent actions involving letters of undertaking, or LoUs.

While Modi’s operations around the diamond brand that he hoped to make the first global label from India have been well documented over the last three years, with details around his shell companies to the route he used for circular transactions across the world to launder and siphon money out from firms he operated, less has been spoken about Choksi, his mentor.

Why has the Indian government gone to such lengths to get Choksi back?

One legal analyst who spoke on condition of anonymity said that it’s vital to remember that Choksi’s extradition from Antigua has been a matter of public knowledge for over a year, which means he knew he’d have to take steps to move ahead of the tightening noose.

Choksi was first implicated in the alleged fraud against PNB on January 31, 2018, in a First Information Report filed by the Central Bureau of Investigation alleging Modi had committed a massive $2-billion bank fraud through his companies Firestar International and subsidiaries.

The amount in recent times is pegged to be around $4 billion when factoring Choksi’s alleged frauds as well.

According to court documents, key charges included round-tripping of goods through sham transactions; overvalued inventory; and the use of CVD or lab-created diamonds in place of real ones.<

But in fact, Choksi was running into trouble decades ago with his “house of brands” jewellery firm Gitanjali Gems.

A Palanpuri Jain whose father and uncles were also jewellers, Choksi always wanted to be the Vijay Mallya of the diamond world, and chased the larger-than-life image by hiring actresses and models to push his ornaments, sponsoring horse races at the turf clubs and even hiring French executives to add sheen to his sales and marketing.

None of this hid the sheen of sharp business practices.

Digvijaysinh Jadeja, a Gujarat-based jeweller who was a franchisee with Gitanjali Gems, claims he was cheated of around Rs 60 crore in a gold loan scheme in which Choksi would pay interest money for gold loaned to him as raw material for making jewellery.

The deal, according to Jadeja, was structured so that Choksi was to pay interest on the value of the gold and then return the total capital cost of the metal after he had realised his proceeds from finished jewellery sales.

Instead, he not only defaulted on interest payments but also failed to return the gold or its capital value.

Jadeja, who had filed complaints with the Gujarat police, recalls how when Choksi first met him, and they were scouting around Bhuj, the Gujarati town that is around 700 km away from Pakistan, the diamantaire suggested they could run a “Number 2 business” across the border, which Jadeja declined to do.

Beyond the gold loans over which he went rogue, Choksi ran other schemes, Jadeja said.

In Hindi, tamanna and shagun mean aspiration and auspicious, respectively, but in Choksi’s world they were poonji, or finance schemes, where retail clients could make monthly instalment payments for and then buy an ornament at the end of the year.

“In many cases, these smaller income clients were making payments in cash and when the year ended, such stores would be shut down, the manager would be replaced and clients never got what they had paid for,” he said.

“If they lodged official complaints, their payments mostly being in cash would not have a record and, therefore, be denied by Choksi and the team.”

Around 2013, Choksi also got into a skirmish around his publicly traded company, which at its peak was generating a turnover of as much as Rs 16,500 crore.

He got pulled into a securities scam being investigated by the Enforcement Directorate and the Securities and Exchange Board of India (Sebi) because the regulators were pursuing his alleged involvement in rigging his shares in collusion with a Mumbai brokerage Prime Securities, and two dozen (shell) entities that traded in Gitanjali shares.

According to a report by examiners for courts in America that have been investigating Samuels, a Choksi-controlled American company, one of the key ploys used was the creation of “puppet companies” that fronted as vendors.

One puppet vendor employed by Choksi was Exclusive Design Direct, or EDD, which reflected as one of its largest independent inventory suppliers but was in reality a one-person front company run out of a psychologist’s office in Sterling Heights, Michigan, according to the report.

Choksi denied wrongdoing against all allegations but did flee the country well before the PNB scam made news.

London-based lawyer Sarosh Zaiwalla, said, “This is going to continue because it is common knowledge here that in India laundering ill-gotten Indian money abroad is a common practice.

“To check this, governments have to collaborate but reality requires that the enforcement has to start in India first.”

He added, “Two years ago a corporate insider came to meet me and said he has contacts that could fix the judiciary in India when it comes to complex cases and that it could be done in Mumbai and in Delhi and so this is where the stemming of the rot needs to be caught first.”

Meanwhile, the question of Choksi’s extradition from Dominica, where he is currently located, remains an open one.

As William Cook, an eminent American lawyer who specialises in immigration pointed out, it is key to remember that a good lawyer’s job is to make this process so tortuous that hopefully the prosecutors give up.

“It always seems clear how a case should resolve until you’re the defendant looking at it from a completely different perspective.

“Lawyers work their hardest for their clients without regard to whether they are guilty or not,” he said.

“At the same time, the country that has possession of the defendant in another country wants to be absolutely sure before they turn him over to their home country for prosecution.

“So these extradition cases sometimes can literally take years to resolve.”