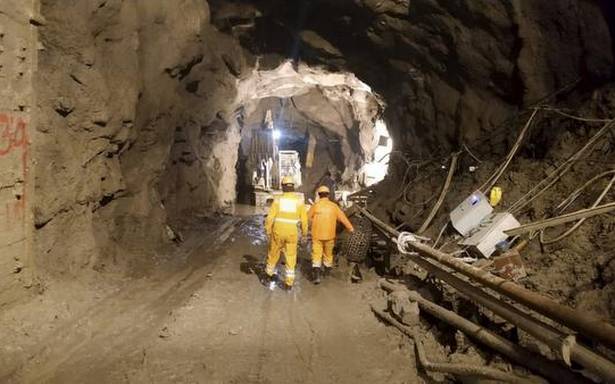 Ensure water does not flow through the barrage, NTPC told

Three more bodies were recovered from the NTPC’s flood-ravaged Tapovan-Vishnugad hydel project site on Saturday taking the toll in the February 7 glacial disaster in Uttarakhand to 65, officials said.

The bodies were recovered from the desilting tank near the Tapovan project barrage on Saturday, NDRF Commandant P.K. Tiwari told PTI.

The search operation at the project site has been under way on a war footing for more than 13 days since it bore the brunt of the avalanche triggered by a glacial burst over Rishiganga river in Chamoli district.

Chamoli District Magistrate Swati S Bhadauria on Saturday asked the NTPC to press into service additional equipment and divert the course of Dhauliganga river to the other side so that its water does not flow through the barrage into the Tapovan tunnel hampering sludge clearing efforts.

The water flow has been a major headache for rescuers at the tunnel making the muck clearing operations even more challenging, Ms. Bhadauria said.

Deploying additional equipment and diverting the course of the river will speed up the debris removal exercise, the DM said.

She said rescue operations at the main project site in Raini have been completed.

She said the debris on the upper side of Rishiganga are now being scoured for any bodies that could be trapped, if any.