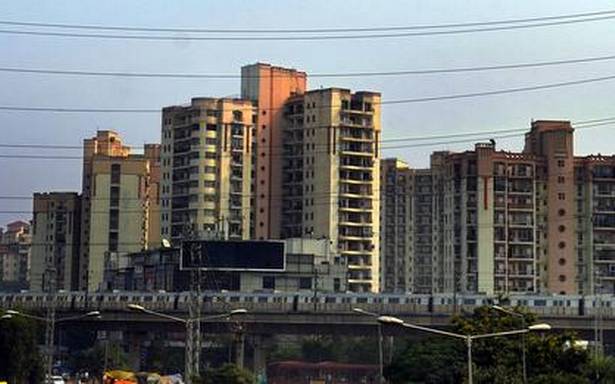 While its financial viability is still a moot point, the proposed metro linking Old and New Gurugram promises to boost the Millennium City’s economic potential

After a long wait, some good news came Gurugram residents’ way this past week with the Haryana government approving the Detailed Project Report for metro rail connectivity between the Old and New Gurugram. The 31-km-long proposed metro route will have 25 stations, including six interchange stations, and provide a reliable and comfortable mode of mass transport to the commuters within and outside the city.

The proposed metro expansion, a long-pending demand of the locals, especially the residents of Old Gurugram, will be a big boost to the intra-city transport system of the Millennium City largely dependent on autorickshaws, app-based cabs, and the Gurugram Metropolitan Development Authority-run bus service on half-a-dozen routes that is still in its infancy. It will also connect Old Gurugram to Delhi through metro rail network. Besides, it will also pave the way for economic growth.

“Metro will give a very high Economic Rate of Return to the city in the form of reducing man-hours, reducing pollution, saving fuel by siphoning off vehicles from the road, increasing the exiting speed of the vehicular traffic and preventing health impact like asthma and cardiovascular diseases,” said Sarvesh Tiwari, a rail and infrastructure expert.

However, it remains to be seen how financially viable this project turns out to be, especially in the light of the failure of the Rapid Metro rail network to achieve its targeted ridership of around a lakh passengers per day.

Subodh Jain, ex-member, Engineering Railway Board and Infrastructure Expert, though, begs to differ. “Rapid Metro has been conceived as last-mile connectivity to Delhi Metro and for seamless connectivity to Cyber City. It has much less ‘per hour per direction’ traffic than mainstream metros. Expecting Rapid Metro to be financially viable is unreasonable. Keeping in view rapid development taking place in and around Gurugram, it is most appropriate that a robust metro network is not only planned but also taken up for execution. It may take a while before metro becomes financially viable but economic viability is not in doubt. In any case the proposed Gurugram metro will certainly be far more viable than many other metro projects in progress,” said Mr. Jain.

Besides the Rapid Metro and the DMRC metro network, the newly-planned Delhi-Gurugram-Alwar Regional Rapid Transit System corridor passing through the urban and industrialised areas of Haryana and connecting IGI Airport with Gurugram, Manesar and other nearby areas is also expected to increase the overall productivity of the region. The corridor will strengthen the regional transport infrastructure by providing a fast, safe, comfortable and reliable mobility option to the residents of Gurugram, Rewari, Manesar, Dharuhera, Bawal, and nearby areas. The regional rail will not only connect Noida, Ghaziabad, Meerut to Gurugram but also will be immensely beneficial in decongesting Gurugram and its roads, providing citizens with the choice to live and work in different regional nodes to lead a better quality of life.

“This high-speed, high-frequency, high-capacity RRTS corridor will not only offer mass transit benefits but also bring in a wide range of economic benefits to Gurugram, including effectively curbing pollution, improving safety and reliability of commute and creating employment as well as new economic opportunities. Apart from unlocking the economic development potential of the region, such high-speed commute will bring people and places closer enabling poly-centric growth in the National Capital Region,” said Mr. Jain.

Besides, there is also a talk of connecting Gurugram with the neighbouring towns of Faridabad, Rewari and even Jhajjar with metro network — the Chief Minister has mentioned it several times.

But Mr. Tiwari argued that a semi high-speed rail system would be a better choice for it. He said metro rail is a local transport system which should ideally act as a feeder to long-distance rail and road-based transport systems. Its speed is limited and the travel time for long distances could be more compared to a high-speed or semi high-speed rail-based transport system. “Besides, the coaches for long distance are designed differently as compared to the metro coaches. For the comfort of passengers, toilets, luggage space and better seating arrangements are required,” said Mr. Tiwari.