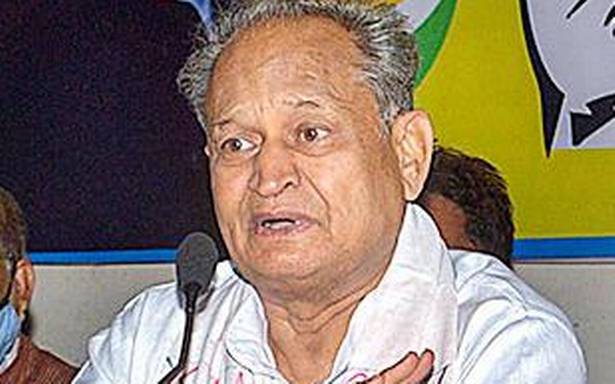 A very serious matter whose truth should be brought out, says Rajasthan Chief Minister

Rajasthan Chief Minister Ashok Gehlot on Monday sought an immediate intervention of the Supreme Court in the Pegasus spying case, while affirming that the apex court’s suo motu action and order for investigation would bring out the truth and set at rest all allegations and counter-allegations. “It is the most appropriate case for judicial inquiry by the Supreme Court.”

Mr. Gehlot said the reports about the hacking of mobile phones and spying through the use of Pegasus software were “very shocking and worrisome”. “Now the list of people who were snooped includes former Congress president Rahul Gandhi [as well]. It is not yet clear where the list will end,” he tweeted.

The senior Congress leader pointed out that if the government had been honest, it would have taken the issue seriously and got it investigated when former Madhya Pradesh Chief Minister Digvijaya Singh raised it in the Rajya Sabha in 2019. The issue was in constant discussion across the country for the last two years with a suspicion that the people were being spied on and their phones were being put on surveillance and tapped, he said.

“According to the company which makes the Pegasus software, it is sold only to [the] governments. This is a very serious matter whose truth should be brought out before the public,” Mr. Gehlot said.

Watch | Explained: Pegasus, the spyware that came in via WhatsApp