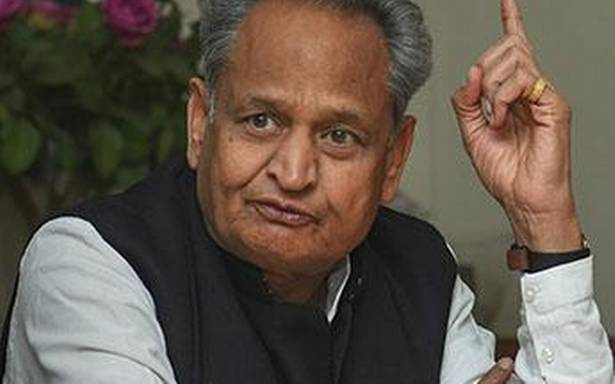 Rajasthan Chief Minister Ashok Gehlot has come under intense pressure after Lok Sabha election results, with one of his Cabinet colleagues, Lalchand Kataria, reportedly resigning from his post and two others demanding a detailed review of the factors responsible for the ruling Congress’s humiliating defeat in the State.

The Congress, which came to power in December 2018, lost all the 25 Lok Sabha seats in the State. Mr. Gehlot is also feeling the heat over his son Vaibhav Gehlot having unsuccessfully contested the election from Jodhpur, as allegations have been made that he had put his son above the party’s interest and spent more time campaigning for him.

Though Agriculture Minister Mr. Kataria’s resignation letter did the rounds on social media, there was no confirmation on it from the Chief Minister’s Office and the Raj Bhavan here on Monday. Mr. Kataria said in his purported resignation that he considered it “morally inappropriate” to continue in the Cabinet after the party’s defeat.

Mr. Kataria, who was unavailable for comments, stated that he would remain a member of the Assembly and continue to raise the issues of people’s grievances.

However, Congress’s Chief Whip in the Assembly Mahesh Joshi said there was no need for any leader to take individual responsibility and offer to resign.

Cooperative Minister Udai Lal Anjana and Food and Civil Supplies Minister Ramesh Meena have raised the issue of assessment of defeat of all Congress candidates, saying it was necessary for strengthening the party ahead of the local body elections due later this year.

Mr. Anjana said senior leaders should carry out “introspection” in the matter after brainstorming in Delhi, in which Congress leader Rahul Gandhi had offered to resign. Mr. Meena said though the party’s defeat was a “collective responsibility” of all leaders, the feedback from the candidates and the party office-bearers should be obtained for a detailed review.

Meanwhile, Mr. Gehlot told reporters in New Delhi on Sunday night that the reports questioning the conduct of senior leaders, including himself, with the allegation that they had insisted on giving tickets to their sons, were “out of context”.

“These are internal matters of the party… When such reports appear in the media, they change the context. Mr. Gandhi as our party president has the right to point out a leader’s shortcomings. We have had detailed discussions on these issues,” Mr. Gehlot said.