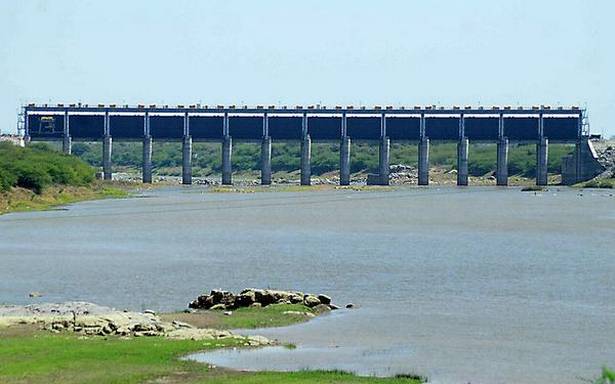 No water in project due to deficit rainfall in neighbouring Maharashtra

Gates of Babli project built across river Godavari in Dharmabad taluq of Maharashtra within the backwater of Sri Ram Sagar Project would be opened in the presence of Maharashtra, Telangana and Central Water Commission engineering authorities on Monday.

As per the Supreme Court order of February 2013 the project gates must be kept open from July 1 to October 28 every year.

However, there is no water in the Babli to flow downstream into SRSP with deficient rainfall in Maharashtra. Gates would remain open till October 28. The controversial Babli project was built by Maharashtra government some 80 kilometers upstream the SRSP in 2005 to store 2.80 tmcft for drinking water purposes which was challenged by the then unified Government of Andhra Pradesh and former MP Madhu Goud Yaskhi in the form of a Public Interest Litigation.

Giving judgment on the petitions the Apex Court said that project gates must be open during rainy season for four months. Rest of eight months gates were closed. With the closure of 14 gates of the project an estimated 0.6 tmcf water remains in the project and the same quantity as per the order of the court be released in the first week of March.

As there was no water it was not released into SRSP in March this year. With the construction of several projects upstream Godavari in Maharashtra water yield considerably reduced in the river impeding flow into SRSP over a period of time. The SRSP generally gets filled in August or September. As a result, farmers are not getting its water for kharif.