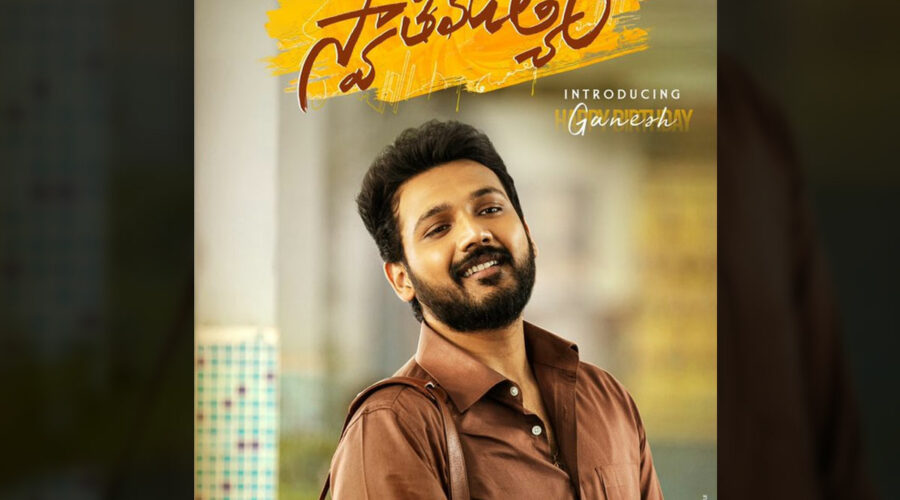 Ganesh Bellamkonda, the son of noted producer Suresh Bellamkonda and younger brother of  Bellamkonda Sai Sreenivas, is  all set to test his luck in the acting field and he is making his debut in Tollywood with an upcoming film Swathimuthyam. Today, on the occasion of Ganesh Bellamkonda’ birthday, the makers  have unveiled the title- Swathimuthyam and also released the first look poster of the movie. The first look poster features the Ganesh in a formal look with a bag on his shoulders. He is essaying Balamurali in the movie,   which is being helmed by Lakshman K Krishna and it has Middle Class Melodies fame Varsha Bollamma as the leading lady.

The shoot of Swathimuthyam is going on at the brisk pace and it is in the last leg of shooting. Apart from the lead pair- Ganesh Bellamkonda and Varsha Bollamma, the film also has Harshavardhan, Pammi Sai, Pragathi, Naresh, Rao Ramesh, Subbaraju, Vennela Kishore,Surekha Vani, and others in the supporting role.

According to  the makers of  Swathimuthyam,  the upcoming film is all about the story of a guy who has an innocent character  and the movie is loaded with family relations and emotions.   It has the music by Mahati Swara Sagar and Navin Nooli is the editor of the film.