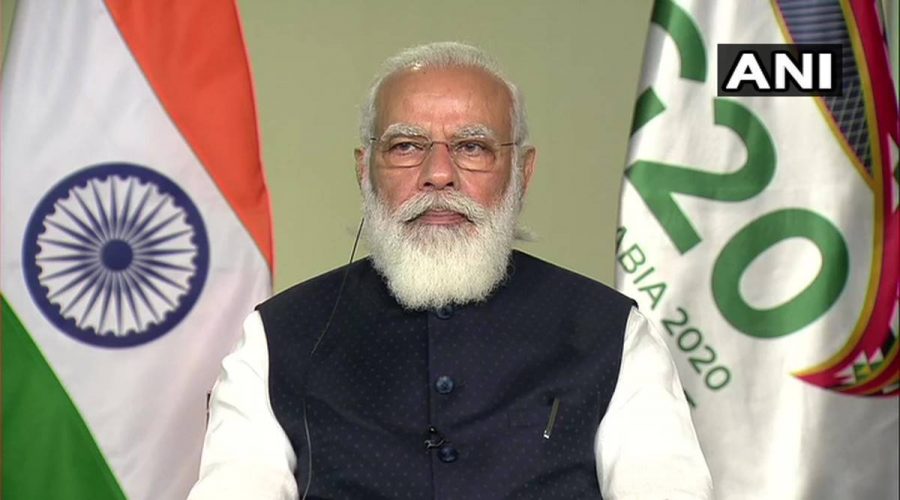 The G20 Summit this year is being hosted by Saudi Arabia on November 21-22. 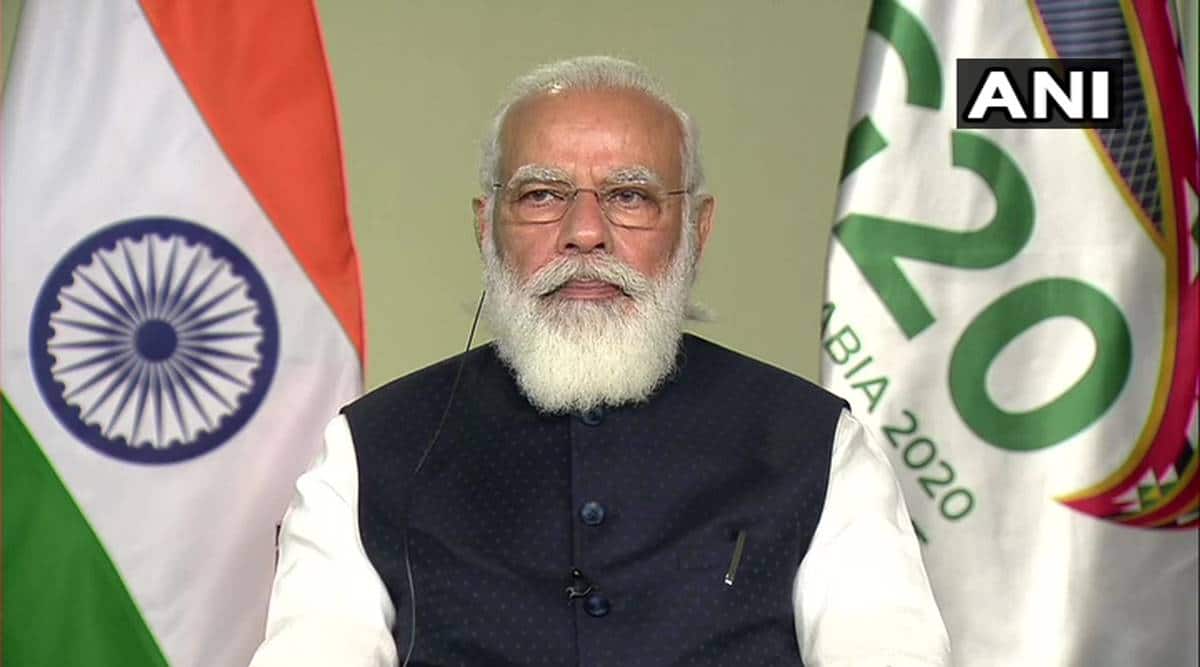 Speaking at the G20 Summit, Prime Minister Narendra Modi Saturday said there was a need to develop a new global index “based on talent, technology, transparency and trusteeship towards the planet”.

The PM also offered “India’s IT prowess to develop digital facilities for the efficient functioning of G20″.

The G20 Summit this year is being hosted by Saudi Arabia on November 21-22, on the theme ‘Realizing Opportunities of 21st Century for All’, where leaders of the 20 biggest world economies (G20) are discussing how to deal with COVID-19’s economic fallout and chart a recovery course. Also on the agenda are purchases and global distribution of vaccines, drugs, and tests for low-income countries that cannot afford such expenses themselves.

“Had a very fruitful discussion with G20 leaders. Coordinated efforts by the largest economies of the world will surely lead to faster recovery from this pandemic,” PM Modi tweeted Saturday. He called for decisive action by the G20 on not just economic recovery, jobs and trade fronts, but also on preserving planet earth.

“At the G20 summit, I put forward a need to develop a new global index based on talent, technology, transparency and trusteeship towards the planet. Multi-skilling and re-skilling to build a talent pool will enhance dignity and resilience of our workers. Value of new technologies should be measured by their benefit to humanity,” the PM said.

Saying that the “spirit of trusteeship towards planet Earth will inspire us for a healthy and holistic lifestyle”, PM Modi added: “Transparency in our processes helps in inspiring our societies to fight crisis collectively and with confidence.”

In his opening remarks to G20 leaders, Saudi King Salman bin Abdulaziz stressed the need for equitable access to the tools to combat COVID-19, including vaccines. “We must work to create the conditions for affordable and equitable access to these tools for all peoples. At the same time, we must prepare better for any future pandemic,” he told the group via video link.

Russia, also part of the group, said it was ready to provide its vaccine, Sputnik V, to countries that need it. Russia’s President Vladimir Putin said Russia is also preparing its second and third vaccine.

While the global economy is recovering from the depths of the Covid-19 crisis, momentum is slowing in countries with resurging infection rates, the recovery is uneven and the pandemic is likely to leave deep scars, the International Monetary Fund said in a report for the G20 summit. Especially vulnerable are poor and highly indebted countries in the developing world, which are “on the precipice of financial ruin and escalating poverty, hunger and untold suffering”, United Nations Secretary-General Antonio Guterres said on Friday, reported Reuters.

To address this, the G20 will endorse a plan to extend a debt servicing moratorium for developing countries by six months to mid-2021, with a possibility of a further extension, said a draft G20 communique seen by Reuters.