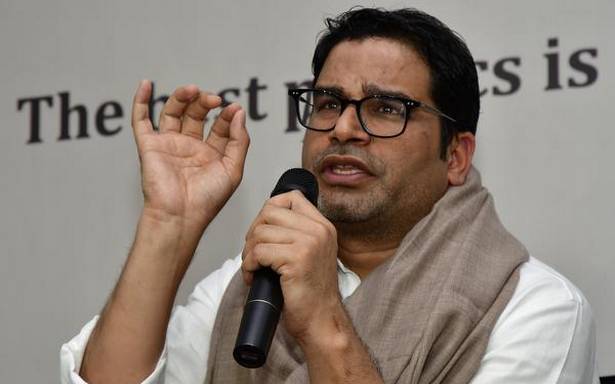 There are certainly grave apprehensions about outsourcing the party, says a member of the group.

Janmashtami celebrations at Congress leader Kapil Sibal’s residence on August 30 provided the perfect setting for the G-23, or the group of 23 dissenting leaders, to deliberate the state of affairs in the party, including the possibility of election strategist Prashant Kishor joining it.

Some of them are said to be strongly opposed to the idea of Mr. Kishor’s lateral entry, but the group is likely to adopt a “wait and watch” policy. The “informal get-together” comes a year after the G-23 had written to party chief Sonia Gandhi about revamping the organisation.

A few senior leaders, who are said to be backing Mr. Kishor’s induction, are learnt to have joined the discussions virtually.

“There are certainly grave apprehensions about outsourcing the party. It does not reflect well on the leadership since the Congress has a lot of talented people. But it won’t become a flashpoint as we are adopting a wait and watch policy for now,” a member of the G-23 told The Hindu. “Eventually, it is the Congress Working Committee [CWC] and not the G-23 that will take a call,” he said.

Senior leaders A.K. Antony and Ambika Soni had been asked to take the feedback of the CWC members.

Accordingly, discussions were held among CWC members in separate groups.

Opinion, however, is divided over making Mr. Kishor a general secretary and a CWC member straight away.

“The Congress is a 135-year-old institution and not a start-up where someone comes in with fancy ideas and takes over. Without leaders like West Bengal Chief Minister Mamata Banerjee, Tamil Nadu Chief Minister M.K. Stalin or Andhra Pradesh Chief Minister Y.S. Jagan Mohan Reddy, his strategy won’t be much. We have seen his effectiveness in the 2017 Uttar Pradesh Assembly election when he worked for the Congress-SP alliance,” a leader said.

The G-23 leaders are said to have discussed the party’s handling of the Punjab and Chhattisgarh crises and the debacle in the Assembly elections in Kerala, Assam and West Bengal. “The report of the committee that went into the reasons for the debacle in these States has neither been discussed at the CWC nor among the leaders. Like the A.K. Antony report [that examined the 2014 Lok Sabha poll results], this report, too, may be buried,” said a third leader.