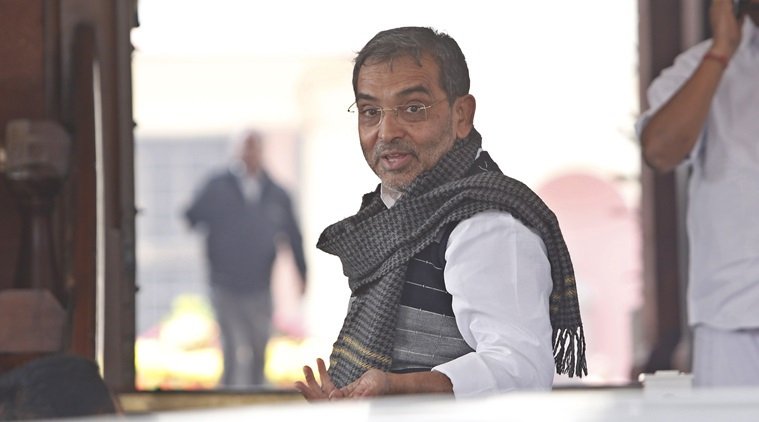 The two RLSP MLAs and the MLC who submitted their resignations are Lalan Paswan Sudhanshu Shekhar and Sanjiv Singh Shyam respectively. After being decimated by the NDA in Bihar, more bad news was in store for Upendra Kushwaha-led Rashtriya Lok Samta Party as two MLAs and one MLC switched camps to JD(U) on Sunday. The two MLAs and the MLC who submitted their resignations are Lalan Paswan Sudhanshu Shekhar and Sanjiv Singh Shyam respectively.

“The legislators had also appended letters of approval from the JD(U). They were asked to appear in person for the completion of formalities. Henceforth, they shall be treated as JD(U) legislators,” Assembly Speaker Vijay Kumar Chaudhary and Legislative Council deputy chairman Haroon Rashid told PTI.

Interestingly, the RLSP legislators had earlier objected to Kushwaha’s decision to snap ties with the NDA and join the Mahagathbandhan.

The legislators had announced that they would remain with the ruling coalition and seek recognition from the Election Commission as the “real Rashtriya Lok Samata Party”.

Kushwaha left NDA in the run-up to the Lok Sabha elections, saying he felt “betrayed and dejected” by PM Modi’s leadership.

While the BJP-JD(U)-LJP combine swept the state, winning 39 of the 40 seats, for the RJD-led opposition alliance, the solitary victory went to the Congress — in Kishanganj.

In the just-concluded Lok Sabha polls, the RLSP failed to register a win in the five seats it contested, including Karakat and Ujiyarpur, from where Kushwaha was the candidate. In 2014, as part of the NDA, RLSP had won all the three seats it had contested in Bihar.