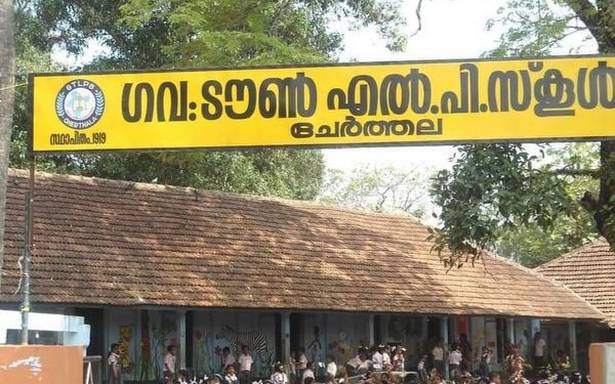 The Government Town LP School, Cherthala, was once on the brink of shutting down for want of students following an influx of private schools. There were fewer than 100 students in its rolls for the 2003-04 academic year. That said, the school has made a remarkable turnaround in recent years. The number of students has grown to 882 in 2021. As many as 162 students have so far joined Class 1 in the school for the academic year 2021-22, which is the highest among government schools (not including aided schools) in Alappuzha.

In 2018, the school entered the Best of India Records by enrolling 233 students in four hours on April 12. A year later, it broke that record by admitting 247 students in less than one hour on May 3, 2019.

The school offers quality learning and focuses on English language programmes. Hi-tech classrooms, a dedicated website, library, YouTube channel, language camps, and children’s park are some of the attractions on offer at the school, which proudly lays claim to a visit by Mahatma Gandhi on January 18, 1937.

“We are seeing an annual rise of around 8% in new admissions. This shows the trust of parents and well-wishers,” says S. Dhanapal, the headmaster.

Arvind Kumar Pai, a teacher of the school, says good teamwork, backed by quality learning programmes and support of the public, helped the school achieve the feat. “One challenge is that we do not have enough benches and desks for students when regular classes begin after the pandemic. We expect government support in addressing the issue,” Mr. Pai said.

06/01/2021 India Comments Off on From the brink, a striking turnaround
India