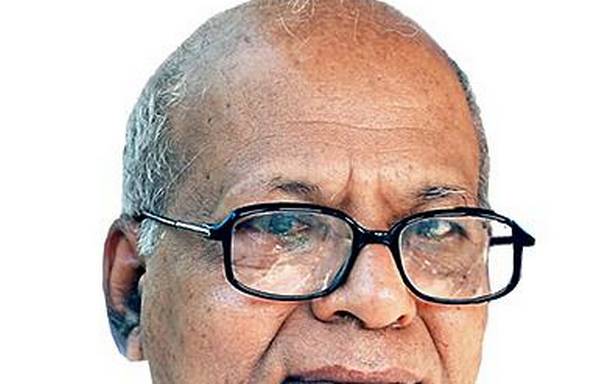 Fr. Isaac Alappat CMI (Carmelites of Mary Immaculate), founder-director of Chetana group of institutions, died at a private hospital here on Tuesday. He was 86.

Fr. Alappat, who excelled as a film director, editor, cameraman and script director, started his career as a Zoology teacher at Christ College, Irinjalakduda. After finishing higher studies in Communication Arts at Loyola Marymount University, Los Angeles, USA, he launched Chetana Film and Television Institute at Chiyyaram in 1980 in the model of Hollywood film and television production studios.

He toiled alone to launch the Chetana Sound Studio, one of the best studios in South India and the only underground studio in the country in those days. Chetana later branched into seven institutions with international standards. Hundreds of nationally and internationally known musicians and film personalities made use of the facilities offered at Chetana.

He directed two feature films, Kunjikaikal and Chakravalangal. His script titled Kuttavum Sikshayam (crime and punishment), penned during his higher studies, was later included in the syllabus of the Loyola Marymount University.

The funeral rites will be held at Christ Monastery Chapel at Irinjalakuda on Wednesday.

05/05/2021 India Comments Off on Fr. Isaac Alappat, founder of Chetana, passes away
India