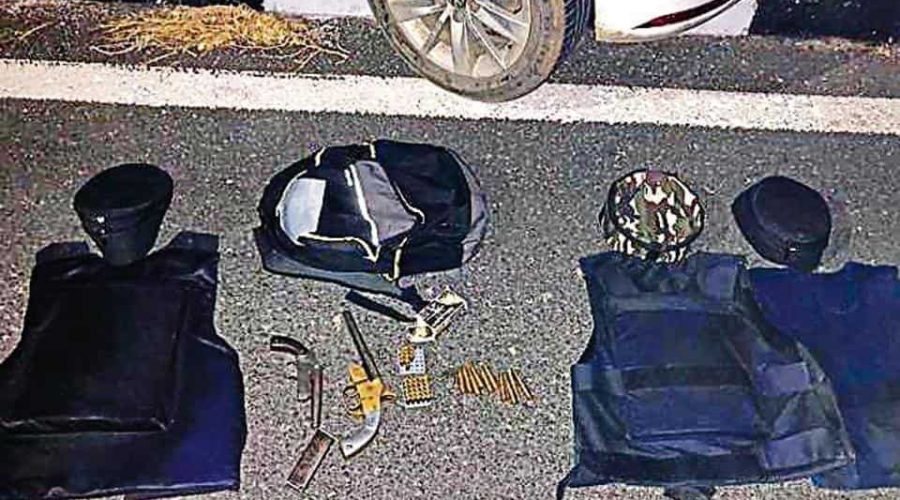 The Delhi Police Thursday arrested four men wanted for murders, attempts to murder and extortions in Delhi and Haryana following a brief shootout in Rohini. Police said all four suspects sustained gunshot wounds and were taken to a hospital for treatment.

In the past 10 days, this is the third such encounter wherein the police and suspects have exchanged fire but ended with the arrests of the suspects.

Four days ago, the special cell had arrested two alleged gangsters after a shoot-out. Both men were shot in their legs.

On October 28, police had arrested another alleged criminal in Delhi after an exchange of fire.

Giving details of Thursday’s arrests, deputy commissioner of police (special cell) Sanjeev Yadav said they had received information that members of the infamous Lawerance Bishnoi-Kala Jatheri -Sube Gujjar gang — whose members are wanted in several cases of murder, attempts to murder, extortion and robbery in Delhi-NCR — would be arriving in Rohini from Haryana early Thursday, allegedly to eliminate their rivals.

“Acting on this information, a trap was laid in Khera village in Rohini on Thursday morning. Around 3.30am, a white car was spotted coming from Khera village. When our team signalled the driver to stop, the occupants of the car tried to speed away. As the road was blocked with a police SUV, their car hit the divider. They were asked to surrender but they instead opened fire at the police team,” Yadav said.

Three bullets hits the police’s Innova that had been used to block the road. “One bullet grazed inspector Man Singh’s arm. Another hit sub-inspector Ravi Rana, but he was wearing a bulletproof jacket, which saved him. The police team returned the fire and two bullets hit Sunil in his leg, while one hit his hand. Amit was shot in his legs and so was Rohit, who carried a cash reward of ₹50,000 on his arrest. Ravinder was also injured in his leg,” Yadav said.

A total of 22 rounds were fired by the suspects, while the police fired 28 rounds in retaliation.

“The local area police were informed and ambulances called in to shift the injured to BSA hospital, Rohini. These men are wanted in more than a dozen cases of murder, attempt to murder, extortion, robbery, firing, etc. Four automatic pistols with 50 live cartridges and two countrymade pistols with 10 live cartridges, three each of bulletproof jackets and helmets were recovered from them. Further investigation is on,” the DCP said