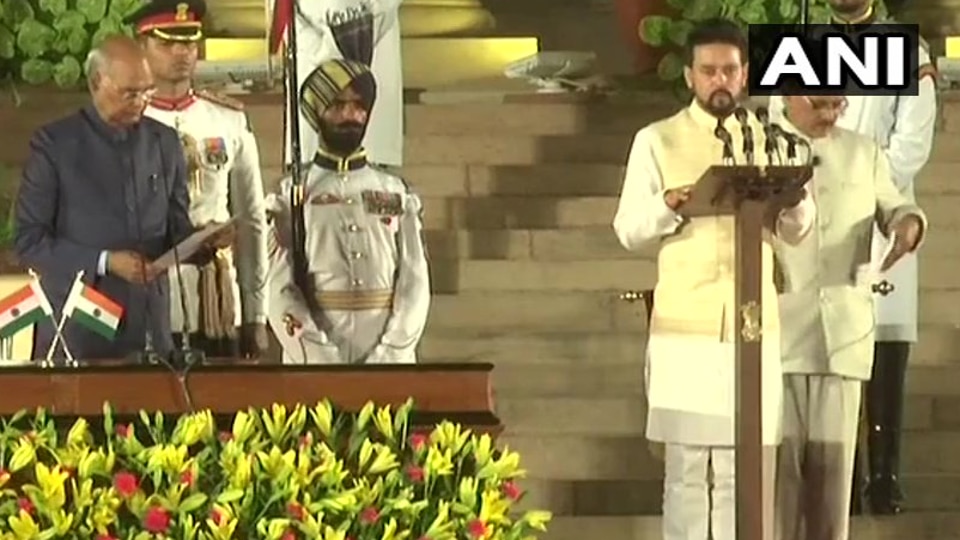 A keen cricketer in his young days and later Board of Cricket for Control in India (BCCI) chief, four-time Himachal Pradesh MP Anurag Thakur was sworn-in as a minister in Prime Minister Narendra Modi’s second government on Thursday.

Elected from Hamirpur, a BJP bastion from where his father and two-time Chief Minister Prem Kumar Dhumal was thrice elected to parliament, Thakur had seen off a sustained campaign from the state’s previous Congress government (2012-17) accusing him and his family of corruption to script a record win.

Thakur, 44, gave credit to his return to Parliament to his hard work and his bond with his roots.

“During my tenure as MP (2014-19), Hamirpur boasts of some of key projects like state’s first AIIMS in Bilaspur, Indian Institute of Information Technology, two medical colleges, a central university, a hydro engineering college, a technical university and three railway lines,” Thakur had told IANS.

His fund utilisation under the Members of Parliament Local Area Development Scheme (MPLADS) for Hamirpur was 93.05 per cent in the past five years, the second highest in the state.

Since his maiden victory in a parliamentary by-election in May 2008, Thakur often faced criticism within the BJP too for his high-profile, jet-setting profile but batted them away.

“It is my responsibility as MP to meet and interact with the PM (Prime Minister) and top ministers of the government to get the best for my constituency. I do my work with utmost passion without bothering for such frivolous comments,” he had said.

Being dedicated to creating modern sporting infrastructure in the hill state, the Thakur-administered Himachal Pradesh Cricket Association (HPCA) has developed five stadiums, including the world-class one in Dharamsala, and a cricket academy in the state capital.

At the age of 25, Thakur was elected the HPCA president, the youngest to head a state cricket association affiliated to the BCCI.