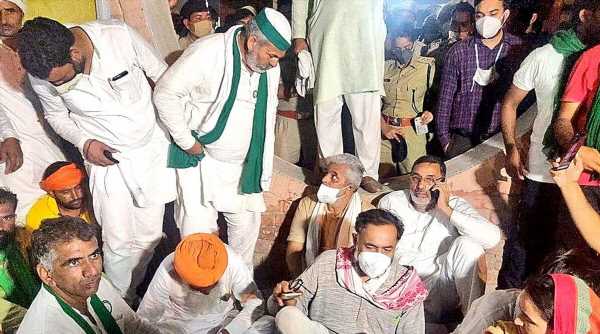 Vikas and Ravi Azad had been arrested in connection with an FIR registered after farmers tried to gherao Jananayak Janata Party MLA Devendra Singh Babli's residence on Wednesday night. 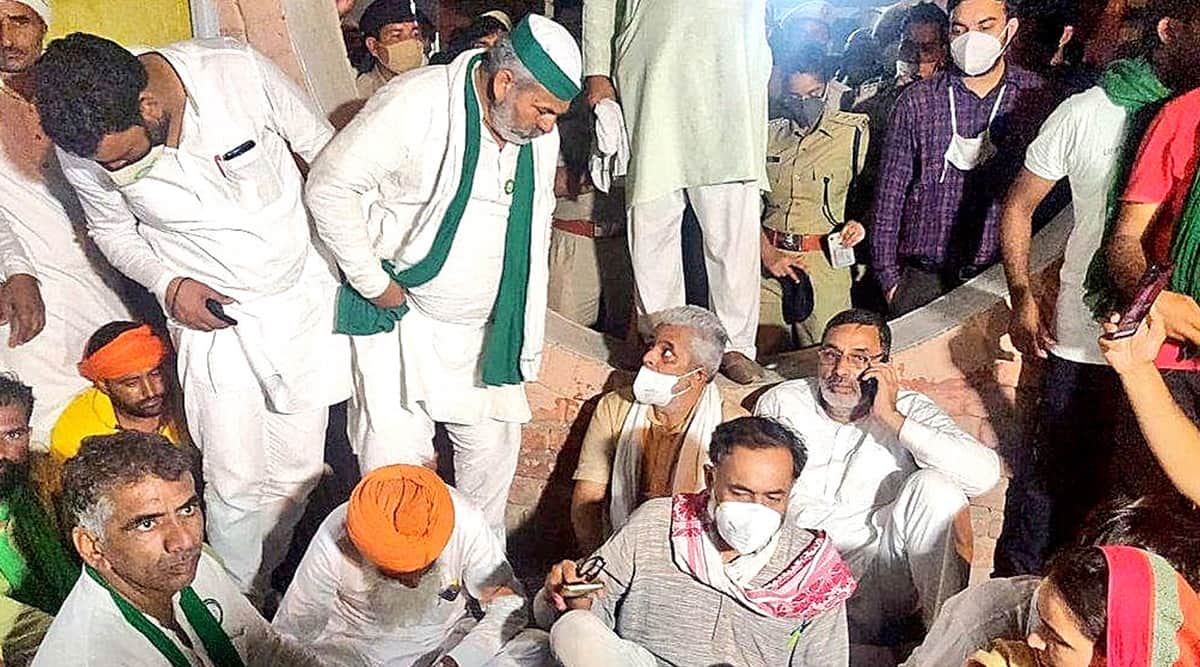 A large number of farmers led by Bharatiya Kisan Union leader Rakesh Tikait continued their sit-in at Sadar police station in Fatehabad in Haryana on Sunday, demanding the release of two farmers. After talks failed with the police, the farmers said they would continue with their protest till their demands are met.

Vikas and Ravi Azad had been arrested in connection with an FIR that was registered after farmers tried to gherao Jananayak Janata Party MLA Devendra Singh Babli’s residence on Wednesday night.

Addressing a gathering outside the police station on Sunday, Tikait said the protesting farmers will not move till their fellow farmers are released. “We are ready to court arrest. We have been telling the police to either arrest us also or release them,” the BKU leader was quoted as saying by PTI.

The protesting farmers had earlier sought the registration of a case against Babli for allegedly hurling abuses at them. Babli later expressed regret for making “inappropriate” comments against farmers. 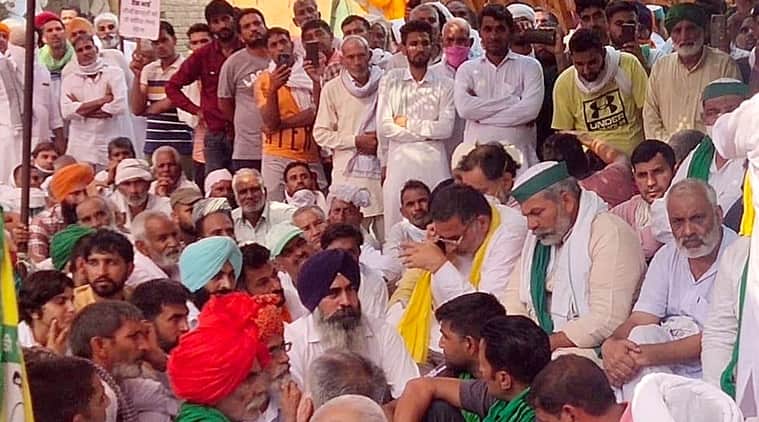 Talking to the media outside the Sadar police station on Saturday, Yogendra Yadav, of the Samyukt Kisan Morcha which is spearheading the farmers’ agitation against the farm laws, said the issue of release of two farmers has not been resolved yet.

“There is a deadlock in talks between us and the police administration,” he said. Babli had not lodged any complaint against Vikas and Ravi Azad who had been arrested, he said, adding that the government was not ready to withdraw the case against them.

On June 1, MLA Devender Babli’s vehicle was attacked by a group of protestors in Tohana’s market area. In the attack, the JJP leader’s assistant sustained head injuries and his vehicle was damaged. The police booked several farmers and detained a few for the attack on Babli.

Farmer leaders Rakesh Tikait and Gurnam Singh Chaduni had rushed to Fatehabad and offered arrests in an act of solidarity with the arrested farmers.

Protesting farmers had on Wednesday said they would gherao all police stations across the state on June 7 if MLA Babli did not tender an apology by June 6.

Protests against the farm laws have been going on across Haryana in recent times. Farmers and their supporters on Saturday burnt copies of the Centre’s farm laws across Haryana, especially outside the residences of MPs, Vidhan Sabha Speaker Gian Chand Gupta, Deputy Chief Minister Dushyant Chautala, other ministers and MLAs.

On Sunday, a group of women in Tikait’s presence also sang songs highlighting the plight of the farmers. They took a dig at the Centre and Haryana government on the farmers’ issue, and slammed Deputy Chief Minister and JJP leader Dushyant Chautala for not standing with the farmers.

Tikait said their agitation against the farm laws would continue till the government repeals the farm laws and enacts a law on minimum support price.