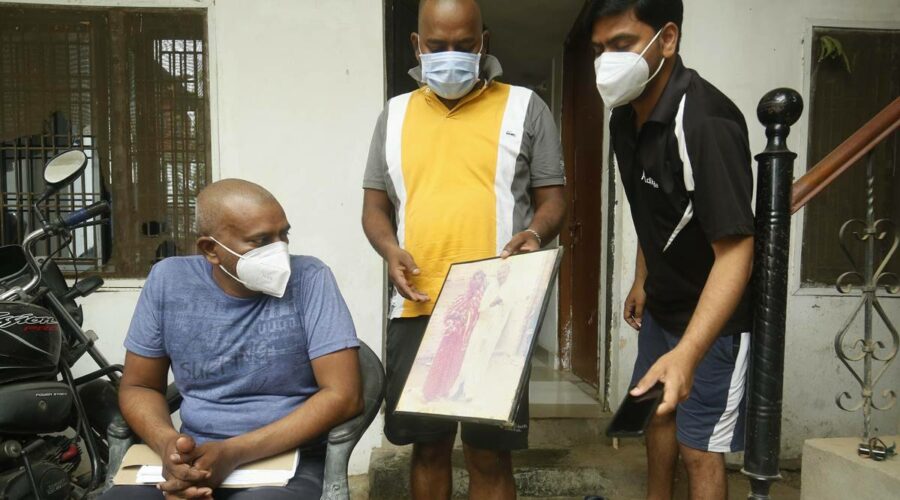 On May 11, the Allahabad High Court asked the UP government to consider giving Rs 1 crore to families of those who died of Covid after poll duty. IN ONE home, a husband mourns the loss of his wife, a teacher and mother to three children, and both his parents. In another, a couple, both government teachers, has lost a parent, a brother and a sister, with a mother in critical condition.

In both, there is shock and grief. And simmering anger. Because the trail of death that connects the two families from two villages, 3 km apart, has one common strand: the UP panchayat polls that were held from April 15-29 just when the second Covid wave was surging through India’s most populous state.

“It was no festival of democracy. It was a festival of death,” Shiv Shankar Prajapati, an advocate in Gorakhpur’s Ranadeeh village, said. “If the elections had not happened, none of this would have happened,” Amit Raj, headmaster of a primary school in Deoria, said.

On May 11, the Allahabad High Court asked the UP government to consider giving Rs 1 crore to families of those who died of Covid after poll duty. It also slammed the “deliberate act” of the government and State Election Commission “to force them to perform duties in the absence of RT-PCR support”. The State Election Commissioner told the court that in 28 districts for which details were available, 77 polling officers had died.

On April 15, Prajapati’s 40-year-old wife, Parvati, assistant headmaster at a government school in Paridih, reported for poll training in Gorakhpur city, the constituency of Chief Minister Yogi Adityanath. “There was a huge crowd and absolutely no safety precautions. When she came home, she felt a little unwell, with fever and cough,” Prajapati said. In one week, his 70-year-old father, Paras Nath, had the same symptoms.

By April 25, the hunt for hospitals began. They found one after several hours but it was too late, and Paras Nath died the next day. “On May 2, we called an ambulance and took my wife to Sadar hospital, where she was put on oxygen. She also tested positive. The doctors told us to take her somewhere else as that can’t treat a Covid patient. After several calls, we found a bed in a private hospital,” Prajapati said.

Even as the family panicked, Prajapati’s mother, Phulmati, developed symptoms, and another hunt for hospitals began but she died on May 3. A day later, Prajapati shifted his wife to the BRD Medical College in Gorakhpur, and slipped a phone inside with her. On the night of May 5, she told him she wanted to come home. “At 8.30 am the next day, I got a call from the hospital to take her as she had no chance,” Prajapati said. Soon after, she was dead. Five others in the house tested positive, too, including his brother and two of his young children, aged 8 and 16.

Three kilometers away, Amit Raj, headmaster of a primary school in Deoria, and his wife Anita Raj are also struggling to cope. Amit and Anita, who is a teacher at a school in Sardar Nagar, attended poll training sessions on April 8 and 11, respectively. Both talk of “no safety, just crowds”. On April 15, Anita went for election duty to Belghat. The next day, she developed fever and body pain. In another two days, so did her husband, and both tested positive.

Anita said that by April 24, her brother Suresh Chand, who worked in LIC and had come home to vote, was admitted to the Panacea hospital in Gorakhpur. By April 26, he was dead. Some days later, her sister-in-law Champa Devi and her father Heera Lal, 68, developed symptoms. Both died within a day of each other, on May 2 and 3. “My bhabhi died waiting on a wheelchair for one-and-a-half hours for a bed at Sadar hospital,” Anita said.

Today, Heera Lal’s wife, Sundari Devi, is in isolation at home. In total, with the oxygen, and the hospital bills, and the medicines, the family has spent more than Rs 2 lakh. “How will we provide for the four children of Suresh and Champa?” Amit said.

According to the Uttar Pradesh Prathmik Shikshak Sangh, a body for primary teachers, the elections have cost the lives of 1,621 teachers and staff. Its general secretary in Gorakhpur, Shridhar Mishra, puts the district’s toll at 53. But the government has dismissed those numbers and said three teachers had succumbed to Covid while on panchayat poll duty in the state.

“Generally, the numbers are high, not only because of elections. Around eight people who died of Covid were directly involved in the elections. I have written to the government for compensation and employment for one family member,” K Vijayendra Pandian, District Collector of Gorakhpur, said.

However, in cases like Parvati Prajapati, Pandian said these benefits cannot extend to teachers who only attended poll training. “Training was not in a single batch, and we split it into different groups. You can see the training hall, which has a 2,000-chair capacity, and only 500 to 600 people were there at one time. It was only one hour of briefing. Before that also we checked the temperatures and each and every parameter as per Covid protocol,” Pandian said.

In the Raj household, Sundari Devi, weak from her symptoms, has not been told of the deaths of her husband, and daughter-in-law. She is beginning to ask. At Purohit’s home, his three children, 8, 12 and 16, keep asking when their mother will return. Purohit breaks down, the tears streaming down his face. “How do I tell them?”

05/20/2021 India Comments Off on For 2 families, death trail leads to UP panchayat polls
India