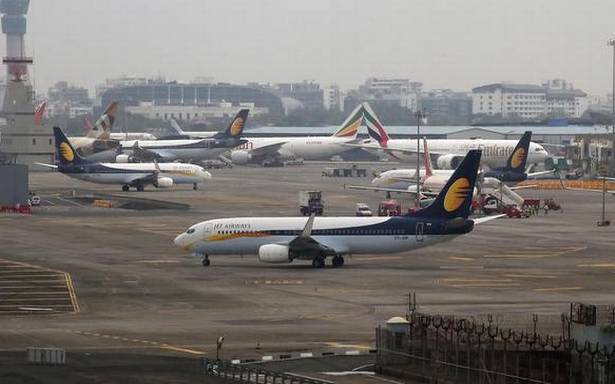 India was one of the fastest growing domestic aviation markets in the world for the past many months.

The country was one of the fastest growing domestic aviation markets in the world for the past many months.

Revenue Passenger Kilometre (RPK) is a measure of passenger volumes.

“After a sustained period of very strong growth, RPKs in the domestic India market are 0.5% lower than their year-ago level. This is the first negative growth rate in more than five years and is largely due to the demise of Jet Airways,” the grouping said in its global passenger traffic results for April.

Air India, Vistara, SpiceJet and now defunct Jet Airways are among the Indian carriers that are members of the IATA.

Jet Airways, which was flying for more than 25 years, temporarily suspended operations in April after it ran out of cash. Flight cancellations and subsequent grounding of the airline adversely impacted seat capacity in the domestic market which also resulted in fares going up.

According to the report, RPKs in India are currently 0.5% lower than their year-ago level, down from a 15% year-on-year pace as recently as December.

“Over the past five years, annual growth has averaged a pace close to 20%. The main explanation for this dramatic slowing is the exit of Jet Airways from the market.”|

“This sizeable supply side interruption has not yet been offset by other carriers, resulting in ASK growth also slowing sharply, to just 0.5% y-o-y currently (compared to an average pace of around 15% in the past two years). More broadly, rising airfares in recent months are also likely to have weighed upon passenger demand,” it said.

Available Seat Kilometre (ASK) is an indicator of capacity.

Globally, the IATA said RPK rose 4.3% in April compared to the same period a year ago.

“We experienced solid but not exceptional rising demand for air connectivity in April. This partly is owing to the timing of Easter, but also reflects the slowing global economy.

“Driven by tariffs and trade disputes, global trade is falling, and as a result, we are not seeing traffic growing at the same levels as a year ago,” IATA Director General and CEO Alexandre de Juniac said.

However, he noted that airlines are doing a very good job of managing aircraft utilisation, leading to record load factors.