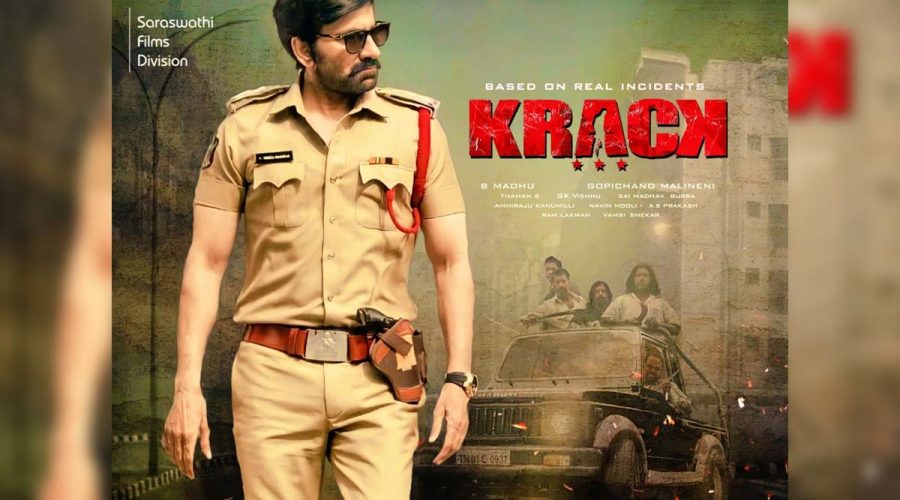 Mass Maharaja  Ravi Teja is coming up with an action drama Krack to entertain his fans and the movie lovers. The movie Krack was supposed to have a grand release today but now according to the latest report,  the early  morning shows of 8:45 in the twin cities have been cancelled.

It is being heard that there is some clearance issue going on with producer Tagore Madhu and that is  the main reason, the early shows  of Ravi Teja’ film have been cancelled.  The  fans and the followers of Ravi Teja  are very upset  and they are now  trending #KrackRelease on Twitter. The  morning shows of  Krack’ 11 am might go as per schedule.

The film Krack in which Ravi  Teja is playing the role of a cop, is directed by Gopichand Malineni who rose to fame with Don Seenu. Backed by B Madhu and it has the music by Thaman. Shruti Haasan is playing the female lead and the film Krack  marks her second collaboration with Ravi after the action comedy film Balupu, which was released in 2013.

Though Krack, directed by Gopichand Malineni was slated to hit the theatres on 8th May 2020,  but the release was postponed owing to the Coronavirus pandemic and the lockdown.