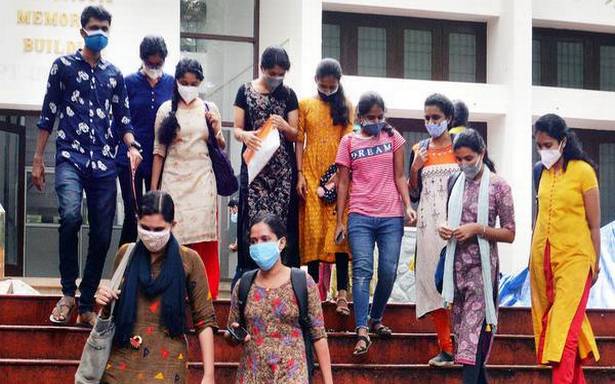 The Public Service Commission (PSC) on Friday published the rank lists of the first ever batch of recruitments to the Kerala Administrative Services (KAS), with women candidates securing the top four ranks.

Announcing the results, PSC Chairman M.K. Sakeer said that the formation of the KAS is a key step towards shaping a new generation of middle-level employees for State Government administration. The Administrative Reforms Commissions since the State’s formation in 1956 have been discussing the formation of KAS.

The notifications for KAS Junior Officers were issued in November 2019. A total of 5,77,444 applications were received across the three streams. After the preliminary examinations, 3,713 candidates were shortlisted for the main examinations across three streams. For the interviews, which were held in September this year, 582 candidates were shortlisted. The final rank list also includes a supplementary list consisting of various reservation candidates and differently-abled candidates.

The KAS rank list will be valid for a period of one year. The candidates who are chosen will be provided 18 months of training in national management institutes. Mr. Sakeer said that as many as 25% of the candidates chosen in stream 1 were those who had appeared for the final examinations in IAS. The KAS is the highest level of examination conducted by the PSC.