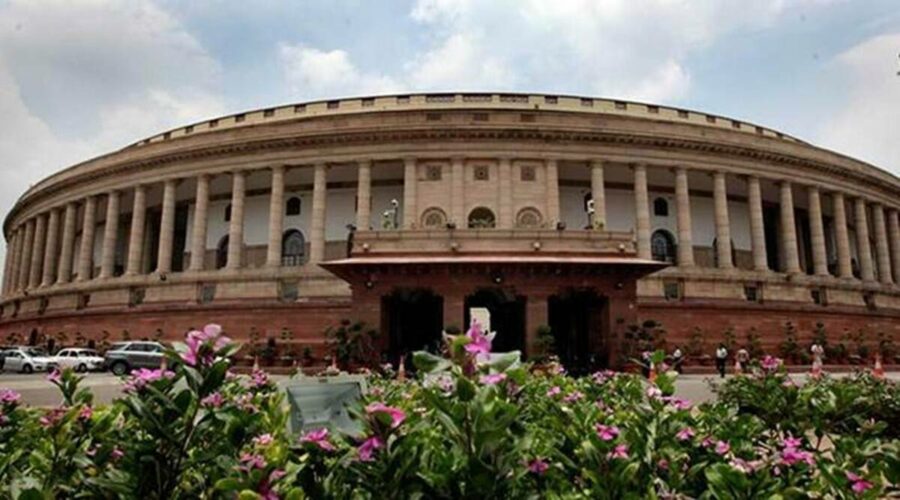 On protests by the Opposition parties, Modi said, "Some people are unhappy to see the country's women, members of the OBC community and farmers' sons become ministers. That is why they don't even allow their introduction." The first day of the Monsoon Session of the Parliament was marked by protests by the Opposition parties which sought to corner the government on various issues such as the fuel prices, farmers’ agitation and the handling of the Covid pandemic. Pegasus Project reports, which had stated that 300 mobile numbers in India including that of journalists, politicians and business persons are part of a leaked database of numbers that may have been selected for surveillance, also dominated discourse, with IT Minister Ashwini Vaishnaw saying in the Lok Sabha that the claims made were part of an effort to undermine Indian democracy and its institutions.

The day began with Prime Minister’s address where he urged the Opposition to ask questions but also give his party an environment to answer. “I would like to urge all the MPs and all the parties to ask the most difficult and sharpest questions in the Houses but should also allow the Govt to respond, in a disciplined environment. This will boost the democracy, strengthen people’s trust and improve the pace of development,” he said.

Following the uproar, Defence Minister Rajnath Singh accused the Congress of “breaking the tradition and starting an unhealthy practice.” 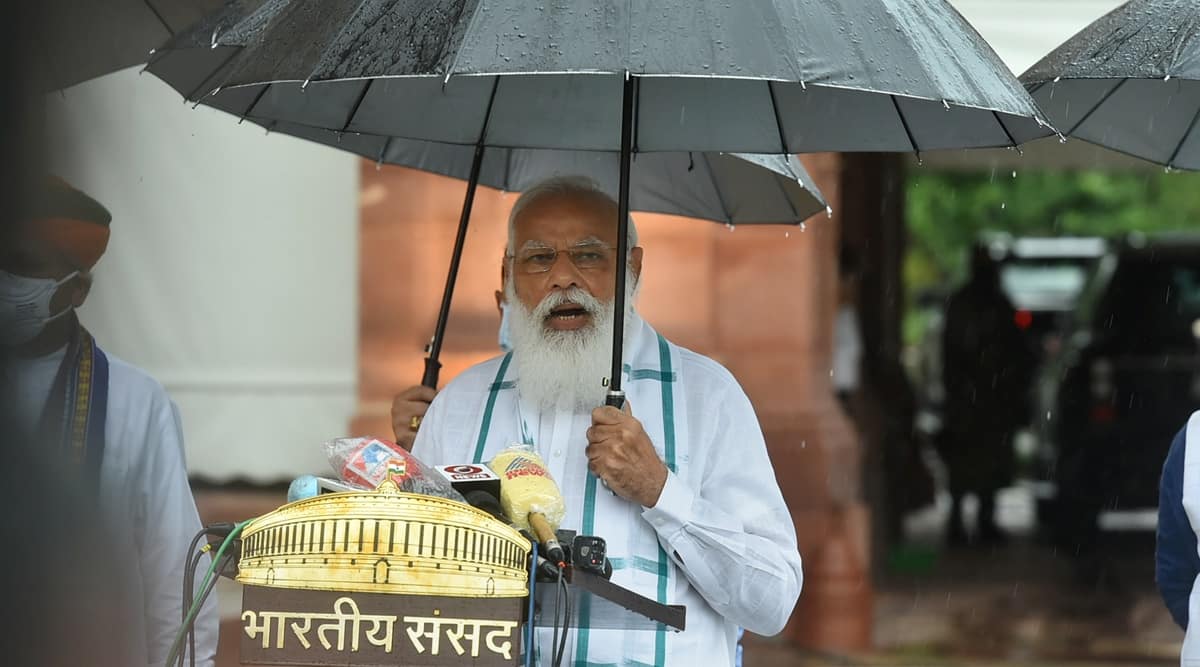 Here are the major developments that took place on the first day:

TMC MPs protest in the wake of rising fuel prices

Shouting slogans, the MPs questioned the Prime Minister about rising fuel prices and asked for answers.

Prime Minister Narendra Modi introduced his new council of ministers from his cabinet in the Lok Sabha. This introduction was continually interrupted by protests by the Opposition.

The Opposition decided to raise three major issues in the session on Monday — rise in fuel prices, farmers’ agitation and the handling of the COVID pandemic.

PM Modi while introducing his cabinet said, “I thought that there would be enthusiasm in the Parliament as so many women, Dalits, tribals have become Ministers. This time our colleagues from agricultural & rural backgrounds, OBC community, have been given berths in the Council of Ministers.”

Members of Parliament (MPs) in Rajya Sabha paid tribute to MPs and other personalities who lost their lives including actor Dilip Kumar and athlete Milkha Singh.

Protest by Opposition in both the houses

On protests by the Opposition parties, Modi said, “Some people are unhappy to see the country’s women, members of the OBC community and farmers’ sons become ministers. That is why they don’t even allow their introduction.”

“Healthy traditions have been by set by following conventions in Parliament. In my last 24 years of parliamentary life, I have not seen a single instance where the PM could not introduce his council of ministers even if it’s one,” added Singh.

Leader of House in the Rajya Sabha, Piyush Goyal said, “We condemn the manner in which Opposition MPs behaved on the first day of the session today. We saw a very unfortunate situation, both in Lok Sabha and Rajya Sabha. In Rajya Sabha, the address of the Chairman was interrupted too.”

Members of Shiromani Akali Dal protested outside the Parliament against the farm laws. “Why is the govt not listening to farmers? Today, whoever supports the farmers will have to force the Centre during the session for farmers’ rights. Over 500 farmers have died by suicide. We will ask for this law to be repealed,” SAD leader Harsimrat Singh Badal said.

Speaking on the ‘Pegasus Project’, IT Minister Ashwini Vaishnaw said in the Lok Sabha, “A highly sensational story was published by a web portal last night. Many over-the-top allegations made around this story. The press reports appeared a day before the monsoon session of Parliament. This can’t be a coincidence.”

He added, ‘Requests for lawful interceptions of electronic communication are made as per relevant rules under provisions of Sec 5(2) of Indian Telegraph Act, 1885 & Section 69 of Information Technology Act 2000. Each case of interception is approved by the competent authority. Any form of illegal surveillance isn’t possible with checks and balances in our laws and robust institutions. In India, there’s a well-established procedure through which lawful interception of electronic communication is carried out for purpose of national security.

He further said, “We can’t fault those who haven’t read the news story in detail & I request all members of House to examine issues on facts & logic. The basis of this report is that there is a consortium that has got access to a leaked database of 50,000 phone numbers…The allegation is that individuals linked to these phone numbers were being spied upon. However, the report says that the presence of a phone number in the data does not reveal whether was a device was infected by Pegasus or subjected to an attempted hack… Without subjecting the phone to this technical analysis, it’s not possible to conclusively state whether it witnessed an attempted hack or successfully compromised. The report itself clarifies that presence of a number in the list doesn’t amount to snooping.”