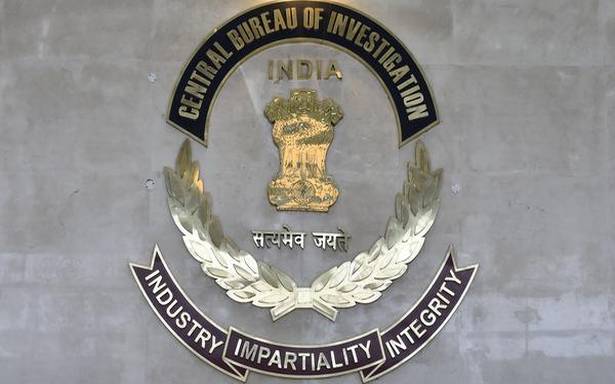 They allegedly cheated the SBI of over ₹51.39 crore

The CBI has booked First Winner Textiles (India) Private Limited, its promoters and directors for allegedly cheating the SBI of over ₹51.39 crore.

Among those named in the FIR are Rinku Patodia, Anita Patodia and Dhirendra Barot. The company is part of the Patodia Group of entities promoted by Mr. Patodia and his family members.

The company was sanctioned credit facilities amounting to ₹60 crore. Upon examining certain transactions, the bank later suspected that it had allegedly been dealing with some shell entities. The company had opened accounts with three other banks, through which the funds were allegedly diverted.

Owing to irregular repayment of loans, the credit account was declared a non-performing asset (NPA) in February 2013.

The six group companies availed themselves of credit facilities to the tune of ₹171.54 crore from the SBI. It is alleged that the sale proceeds were not being routed through the cash credit accounts with the lending bank.

As the borrowers failed to repay the loans, the other accounts also turned NPA in 2013.

The bank got a forensic audit done. It turned out that all the six borrowing entities were incorporated within a short span of time in 2000. They had common directors and office addresses. They traded in grey fabrics.

It is alleged that the six companies had financial transactions with 17 companies, which had common directors. The registered addresses of these 17 entities were the properties owned by the six companies. In some cases, they were held by the SBI as security against the credit facilities.

Based on the findings, the bank concluded that the 17 companies were shell entities and through them, the funds were misappropriated and diverted to the real estate companies of close relatives of the accused.