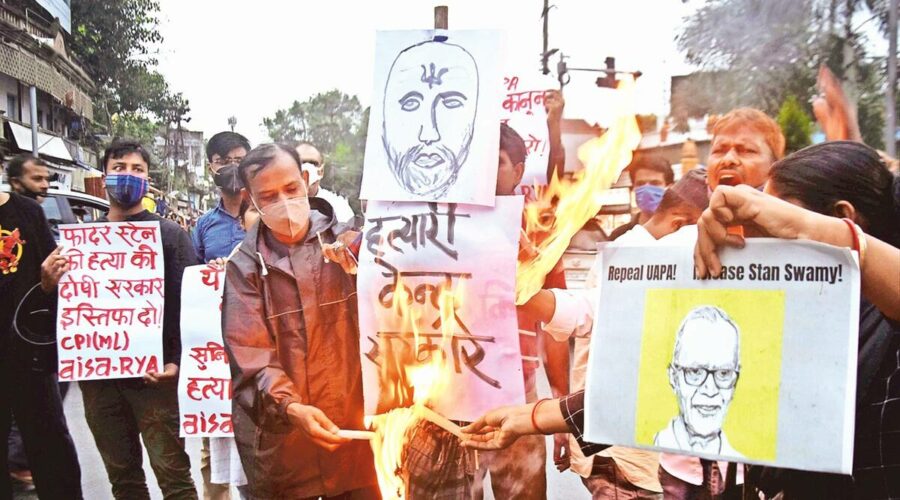 Jharkhand Chief Minister Hemant Soren said the Union government should be answerable for “absolute apathy” and non provision of timely medical services leading to the death. 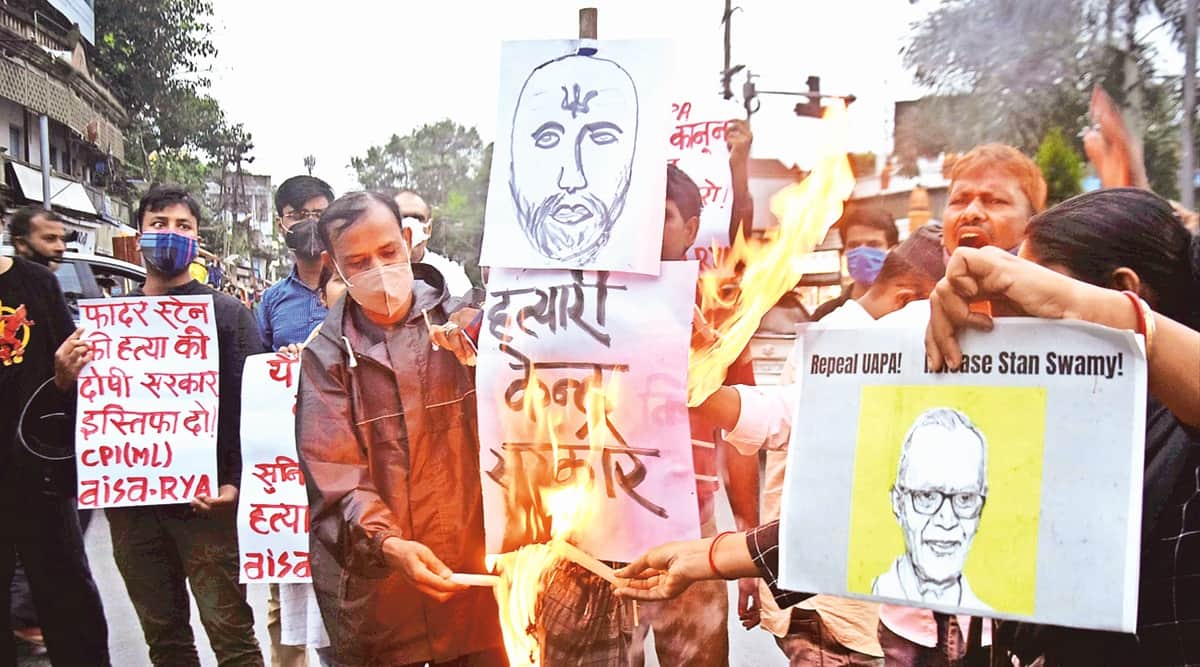 The Congress and other Opposition parties Monday called for accountability after Jesuit priest and tribal rights activist Father Stan Swamy, arrested in the Elgaar Parishad case, died in custody at the age of 84 in Mumbai. Jharkhand Chief Minister Hemant Soren said the Union government should be answerable for “absolute apathy” and non provision of timely medical services leading to the death.

The CPM said those responsible for foisting false cases on him, his continued detention and inhuman treatment cannot escape accountability. “It is incumbent that all those jailed in the Bhima Koregaon case and other detenues under politically motivated cases, misusing draconian laws like UAPA, sedition etc, be released forthwith,” the party said.

While former Congress president Rahul Gandhi said he “deserved justice and humaneness,” senior party leader Jairam Ramesh said, “Who in the apparatus of the Indian state will be held responsible for this tragedy? Make no mistake — it is the Indian state that killed Fr Stan Swamy, who was such a passionate crusader for social justice.”

“Shocked to learn about the demise of Father Stan Swamy. He dedicated his life working for tribal rights. I had strongly opposed his arrest & incarceration. The Union Government should be answerable for absolute apathy & non provision of timely medical services, leading to his death,” Soren said.

Tamil Nadu Chief Minister M K Stalin said the “suffering” the activist endured should not befall anyone else.

DMK MP Dayanidhi Maran said, “This is a sad state of Indian politics. We are going to raise this issue in Parliament to voice out that you cannot squeeze or mute the dissident voices of people. This is a democracy.”

The CPM’s Tamil Nadu state committee on Monday announced that it would hold state-wide demonstrations on July 8.

“Draconian UAPA custody, inhuman treatment since October 2020 with no charge established. Accountability must be fixed for this murder in custody,” party general secretary Sitaram Yechury tweeted.

The CPI, in a statement, alleged Swamy was denied medical treatment and demanded those responsible for his death be arrested.

Kerala CM Pinarayi Vijayan said such “travesty of justice should have no place in our democracy”.

PDP president Mehbooba Mufti tweeted, “A ruthless & callous government that deprived him of dignity even while he was alive has blood on its hands. Absolutely shocked & appalled…”