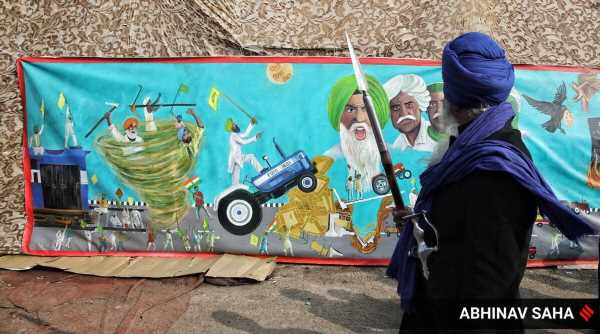 Farmers' Protest Live News Updates: In response to the Supreme Court verdict, farmer unions announced they would not participate in the consultation process, and reiterated their demand for repeal of the laws. 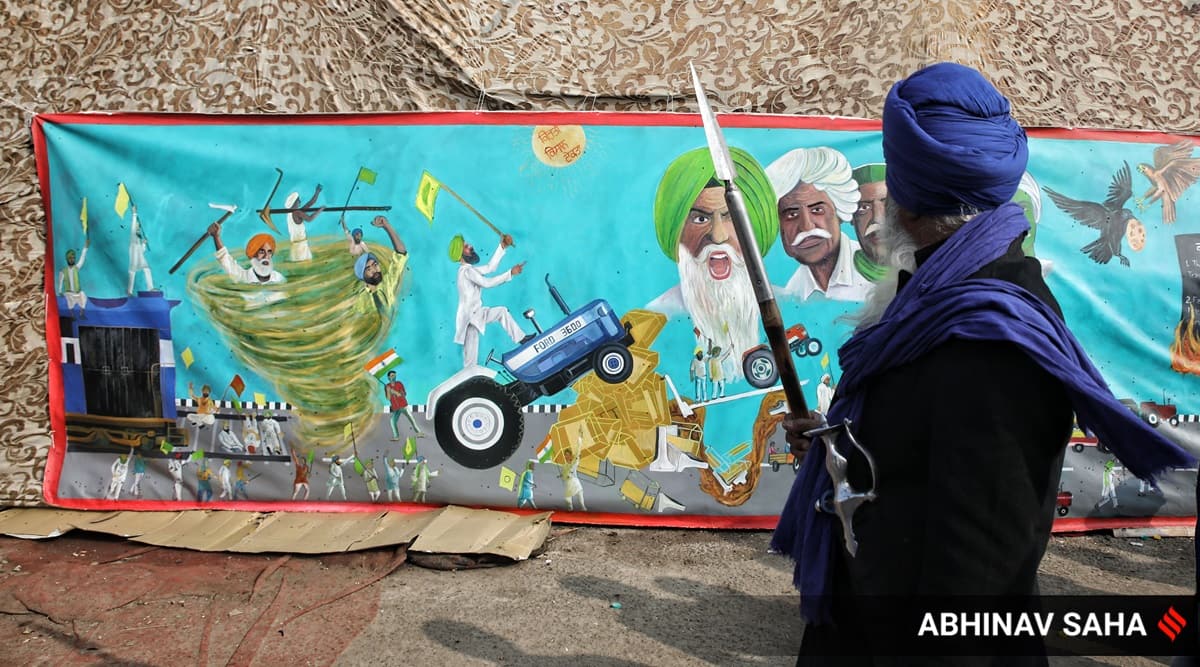 Farmers’ Protest Live Updates: The Supreme Court Tuesday stayed the implementation of the three contentious farm laws and set up a four-member committee to make recommendations on the legislations after listening to all stakeholders. A bench headed by Chief Justice of India S A Bobde gave the panel two months to submit its report, which would help the court arrive at a “fair, equitable and just solution”.

The SC also sought by Wednesday an affidavit from the Centre on whether a banned organisation had extended support to the agitating farmers. In court, Attorney General K K Venugopal claimed “Khalistanis” had infiltrated the ongoing farmers’ protest, and said he would file an application with intelligence inputs.

In response to the verdict, farmer unions announced they would not participate in the consultation process, and reiterated their demand for repeal of the laws. Leaders welcomed the SC’s interim measure, but said it was “not a solution”. Calling the committee members “pro government”, they said the panel was a way to divert attention from the government, “so that pressure is lifted from them”, and farmers keep fighting in the court.

Meanwhile, with pressure mounting on Haryana’s BJP-JJP government, Chief Minister Manohar Lal Khattar and his deputy Dushyant Chautala Tuesday reiterated there was no threat to the state’s coalition government. Their statement came after a meeting with Union Home Minister Amit Shah.

Good morning and welcome to our live blog on the farmers’ protest. Farmers have been camping at New Delhi’s borders since November 26, demanding the repeal of the three farm laws that were enacted in September. Not just in the north, there are protests in some other parts of the country as well.

In an attempt to placate farmers, the central government has held eight rounds of talks with farmer unions to come to a consensus on the laws. However, these talks have remained inconclusive. With neither side backing down, farmers are planning to intensify their agitation on Republic Day, by entering the national capital in a tractor march. The Supreme Court has put on hold, until further orders, the implementation of the three contentious farm laws and named a committee to suggest what changes, if any, were needed after it listens to all sides. The bench, headed by Chief Justice of India S A Bobde and comprising Justices A S Bopanna and V Ramasubramanian, claimed negotiations between the farmers and the government had been fruitless and a “committee of experts” may “create a congenial atmosphere and improve the trust and confidence of the farmers”.

It added that a stay of “implementation of all the three farm laws” may “assuage the hurt feelings” of protesting farmers and encourage them to come to the negotiating table with “confidence” and in “good faith”.

In a statement, the Sanyukt Kisan Morcha, spearheading the protests by farmer unions camping at the gates of Delhi since November 26, said: “We noted that the Court has ordered suspension of implementation of the laws temporarily. Suspending the implementation of the laws as an interim measure is welcome, but is not a solution and the farmer unions have not been asking for this solution, given the fact that the implementation can be reinstated… The Government must repeal the laws.”

The Morcha said it would not participate in “any such committee process”.

Most on Supreme Court committee have backed farm laws

All four members have publicly been in favour of the farm laws and none of them has supported the demands for repealing them. Three of the four believe the protesting farmers are misguided; they are unanimous in their view that the farm laws will benefit the farmers immensely.

There is no voice in the panel for the kind of reservations against the farm laws that the protesting farmers are raising. But between the four of them, the panel members bring several decades of experience, either as agricultural economists or farmer leaders.