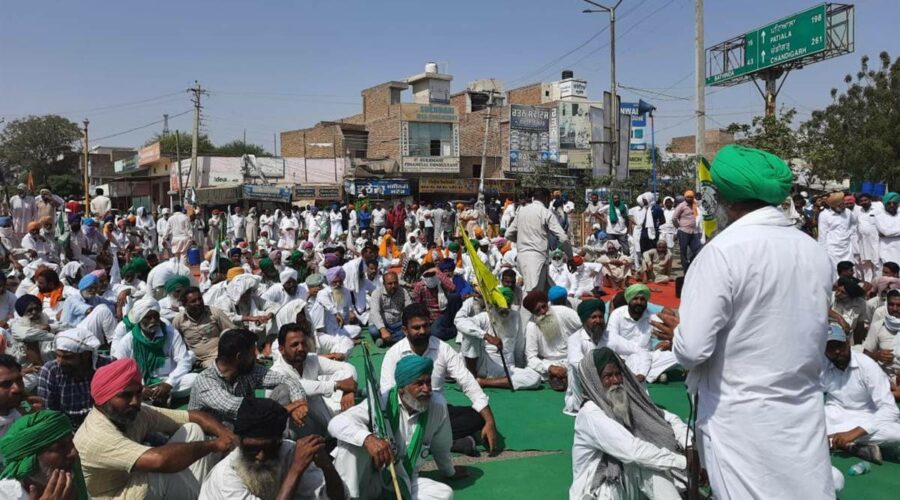 Muktsar Police had on Sunday arrested four persons and booked 23 others in connection with the assault on the BJP MLA in Malout town on Saturday. 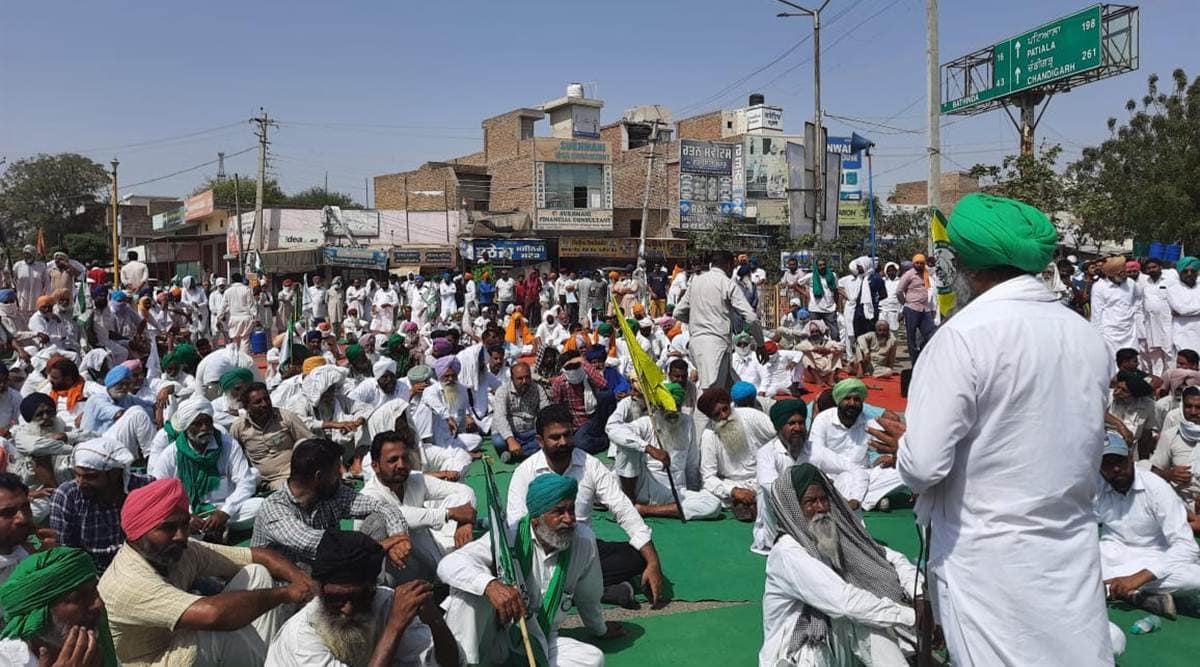 A DAY after four farmers from Punjab’s Malout were arrested in connection with the assault on Abohar MLA Arun Narang, farmers from different villages in the area held a daylong ‘pakka dharna’ at Malout’s Bathinda Chowk on Monday, demanding cancellation of the FIRs.

They finally relented and lifted the dharna around 7.30 pm after police officers arrived there and assured them of fair investigation in the case.

Muktsar Police had on Sunday arrested four persons and booked 23 others in connection with the assault on the BJP MLA in Malout town on Saturday.

The protesting farmers also alleged that the attack was stage-managed, and accused the BJP of putting the blame on farmers subsequently.

The dharna disrupted traffic movement towards Muktsar, Bathinda, Abohar and Dabwali for nearly nine hours during the day. The protesters accused the BJP of subjecting them to “mental assault” for the past many months.

The protesters also alleged that the police had booked a farmer from Bodhiwala village who had died three years ago. “A number of farmers who were not even present at dharna but are members of farmers’ unions have been booked, which shows non-serious nature of the investigation,” Sidhupur district president of BKU, Sukhdev Singh Buragujar, said.

Meanwhile, the bandh called by the BJP at Malout until 2pm Monday got a lukewarm response, with a few markets partially closed. Shopkeepers told BJP workers to leave when they went to get the shop owners to down shutters on Monday morning.

On the attack, Karamjeet Singh, a farmer participating in Monday’s dharna, said, “Tearing off someone’s clothes is not good but our union members never did this. We only do symbolic protest. It seems BJP workers stage-managed by letting their own men strip Narang, and later blamed farmers.”

Nirmal Singh from Punjab Kisan Union said, “It seems some anti-social elements entered the protest and ripped off the MLA’s clothes…farmers never indulge in such violence.”

BKU’s Sukhdev Singh said, “When we have already announced that we will not let any BJP leader hold any public meeting, what was the point of (Narang) coming here? A few days ago, we had protested against the same MLA in Tarmala village of Malout…and he turned up again. We don’t encourage any violence in our protests. We will continue our protests against BJP in a peaceful manner.“

On Monday afternoon, a delegation of five farmers went to meet the Muktsar SSP and other district police officers but the talks did not yield result immediately. The dharna was lifted only later in the evening, after police officers went to the site.

Rajpal Singh Hundral, SP (investigations), Muktsar, told The Indian Express that there have been no further arrests. “As for the complaint that a dead farmer has been included in the FIR, we will investigate it. Farmers had staged dharna for the whole day but lifted it late in the evening. We assured them of fair investigation; their apprehensions were answered. We are not going to arrest anyone who was not present at the spot that day. Our investigation in the case of attempt to murder and assault of MLA is going on.”

Meanwhile, the four arrested on Sunday were produced in court on Monday and were sent to judicial custody.