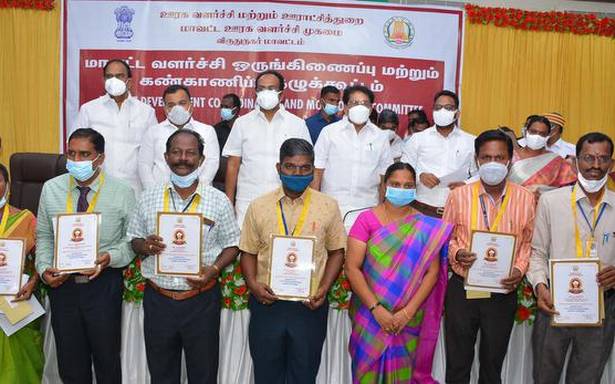 Contractors who failed to implement development works under the Central schemes should be blacklisted, Virudhunagar MP B. Manickam Tagore said here on Sunday.

Talking to reporters after taking part in the District Development Coordination and Monitoring Committee (DISHA) meeting, the Congress MP said contractors who were favoured by the previous AIADMK government did not execute certain works. “We were told that the works were progressing. But some have not.”

Officials had been asked to take action against such contractors. “In fact, we have asked for blacklisting of such contractors who have not taken up the development works,” he said.

“This is the first time that ruling party MLAs are taking part in DISHA meeting to review the progress of various works. Even the two Ministers and the MLAs participated in the meeting after attending the Assembly session,” Mr. Tagore said.

He said it was a visible change in governance after the DMK government assumed charge. Works under 23 Central programmes implemented through District Rural Development Agency were reviewed at the meeting for the second quarter of 2021-22.

The MP said he had used his MP Local Area Development Funds for providing drinking water in schools and other infrastructure such as ration shop buildings.

09/05/2021 India Comments Off on Failed contractors should be blacklisted, says MP
India