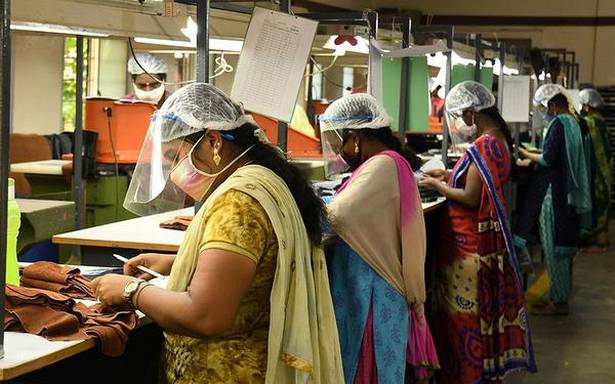 India recorded a 6.2% surge in exports in January 2021, marking the second month in a row that outbound trade recorded positive growth after the COVID-19 pandemic and global lockdowns dampened global trade through most of 2020.

Imports also grew for the second successive month in January, rising 2% as per quick estimates released by the Ministry of Industry and Commerce on Monday.

Non-oil and non-gold imports recorded a sharper growth of 7.5%.

“The trade deficit has sustained at a high level for the second consecutive month, which is a testament to the recovery in domestic demand, as well as the impact of higher commodity prices following the resurgence in global confidence,” said Aditi Nayar, principal economist at rating agency ICRA.

She added that it was increasingly likely that the third and fourth quarters of financial year 2020-21 would see a reversion to a current account deficit.

Sharad Saraf, president of the Federation of Indian Export Organisations (FIED) said that while several product categories showed impressive growth in January, the contraction in exports of major products such as petroleum products, leather textiles and gems and jewellery were key concerns.

“These products are major constituents of India’s export basket and mainly related to the labour-intensive sector of exports,” Mr. Saraf pointed out. Services exports remained a concern, with the Reserve Bank of India pointing to a 6.41% decline in outbound services trade in December 2020.

“The worsening contraction in services exports meant that the services trade surplus recorded a year-on-year decline in December 2020, after a gap of nine months,” Ms. Nayar pointed out.

Mr Saraf also urged the government to notify the RoDTEP rates for refunding taxes and duties to exporters at the earliest so that exporters can finalise new supply contracts. Last week, exporters had flagged a slew of operational and policy hurdles that are deterring performance even though orders were coming in, and pleaded for a course correction.