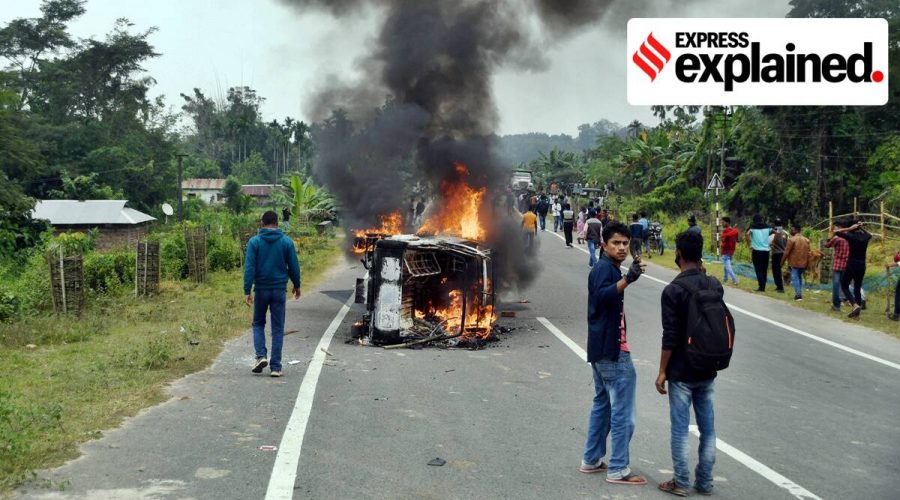 At least one person was killed in police firing, while there were 15 police personnel among the 23 other injured. 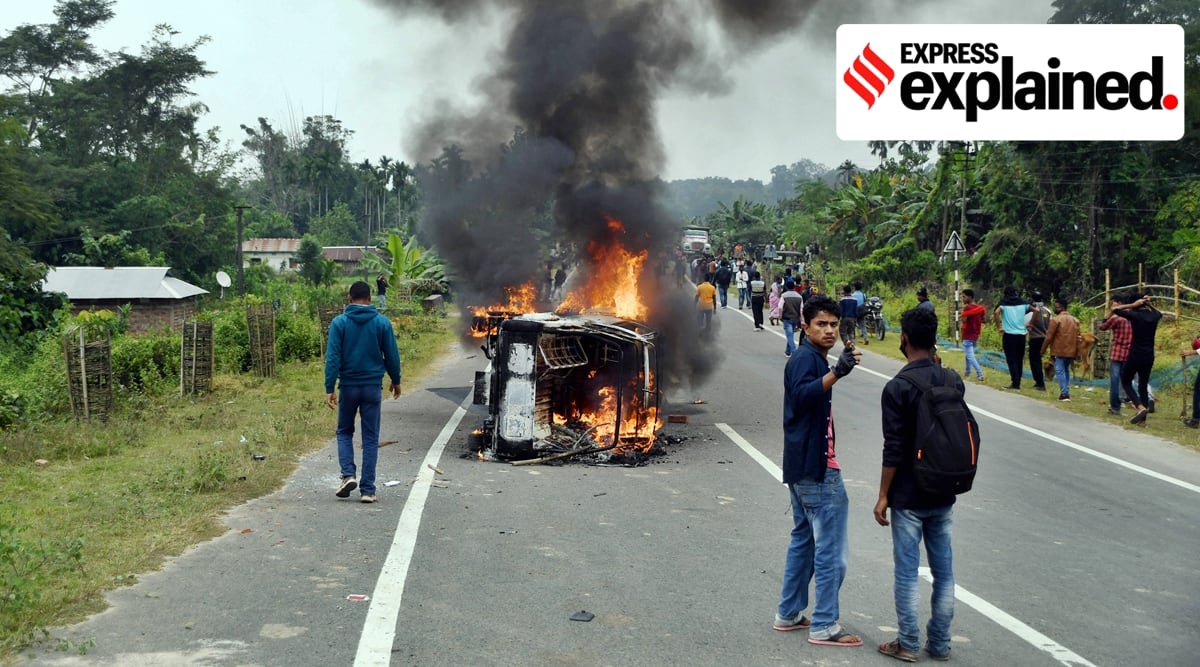 The situation in Tripura’s Kanchanpur and Panisagar areas remains tense after protests against the planned resettlement of thousands of Bru migrants permanently at Kanchanpur sub-division of North Tripura turned violent on Saturday. At least one person was killed in police firing, while there were 15 police personnel among the 23 other injured. A Fire Service personnel, who sustained severe head injuries, later died in an Agartala hospital.

Why have there been violent protests in North Tripura?

Twenty-three years after ethnic clashes in Mizoram forced 37,000 people of the Bru (or Reang) community to flee their homes to neighbouring Tripura, an agreement was signed in January this year to allow 32,000 of them remaining in the camps to permanently settle in the state. The news, however, was not welcomed by the Bengali and Mizo communities in Tripura, who claim settling thousands of migrants permanently at Kanchanpur sub-division of North Tripura would lead to a demographic imbalance, exert pressure on local resources and potentially lead to law and order problems. The protests which started with memoranda, demonstration and press conferences of a newly formed organisation called the Nagarik Suraksha Mancha soon blew out into a full-fledged law and order situation, with protesters blocking the National Highway 08 and engaging in violent clashes with state police. Mizo Convention, a local ethnic organisation, has paired up with the Mancha to create a platform called Joint Movement Committee (JMC) and proclaimed that not more than 1,500 Bru families would be allowed to settle at Kanchanpur.

Over the past 10 months, the state has planned 12 resettlement spots across six districts of Tripura with 300 families each. Six of these spots were proposed to be set up at Kanchanpur sub-division alone, a move opposed by the JMC. After a series of agitations, since Monday there has been an indefinite strike on at Kanchanpur resulting in the violent clashes with the police at adjoining Panisagar sub-division on Saturday, which has left two dead.

What is the JMC protesting against?

Joint Movement Committee convener Sushanta Baruah said the agitation was started to save ‘ancestral lands’ from Bru migrants as the government was planning to settle 5,000 migrant families at Kanchanpur instead of 1,500 as assured by the local administration a month back. “Though opposed to the whole idea of having more people permanently settle within limited resources of the area, we honoured the agreement signed by central and state governments and agreed to it. But now the district administration has proposed to set up six out of 12 resettlement sites at Kanchanpur alone and settle 5,000 migrant families here,” Baruah said adding that the process would lead to an undeniable demographic imbalance. Baruah also alleged that 650 Bengali families from around Kanchanpur and 81 Mizo families from Jampui Hill range who fled due to ‘atrocities’ perpetrated by Brus were yet to be resettled two decades on.

What is the government stand?

Kanchanpur Sub-Divisional Magistrate Chandni Chandran denied having received any policy decision regarding settling 5,000 migrant families within her jurisdiction. Selection of families of resettlement is still in progress and no figure can be pointed out now, she told indianexpress.com.

However, a letter from North Tripura District Magistrate Nagesh Kumar B. to Officer on Special Duty of the state Revenue Department on October 28 reads that the district administration had estimated Rs. 137.46 crore fund requirement for permanent settlement of 6,000 Bru migrants in the district. A breakup of the figures shows 5,000 Bru families were estimated to be resettled in six locations which are in Kanchanpur sub-division. 📣 Click to follow Express Explained on Telegram

How have the Brus reacted?

Mizoram Bru Displaced Peoples Forum (MBDPF) general secretary Bruno Msha said the JMC agitation has left migrants in fear and uncertainty in the camps. “We are suffering from an economic blockade due to this movement. We haven’t received food grains as per our relief package this month as well and if this strike continues, we don’t know how long we can put up. There is also a palpable fear all around,” he said, urging the government to take necessary steps to ensure law and order in the area.

What is the original resettlement plan?

According to the four-corner agreement for resettling them in Tripura, the central government announced a special development project with funding of Rs 600 crore. Each resettled family is estimated get 0.03 acre (1.5 ganda) of land for building a home, Rs 1.5 lakh as housing assistance, and Rs 4 lakh as a one-time cash benefit for sustenance, monthly allowance of Rs 5,000 and free rations for two years from the date of resettlement.

Who are the Brus?

The Bru or Reang are a community indigenous to Northeast India, living mostly in Tripura, Mizoram, and Assam. In Tripura, they are recognised as a Particularly Vulnerable Tribal Group (PVTG). Over two decades ago, they were targeted by the Young Mizo Association (YMA), Mizo Zirwlai Pawl (MZP), and a few ethnic social organisations of Mizoram who demanded that the Bru be excluded from electoral rolls in the state. In October 1997, following ethnic clashes, nearly 37,000 Bru fled Mizoram’s Mamit, Kolasib, and Lunglei districts to Tripura, where they were sheltered in relief camps. Since then, over 5,000 have returned to Mizoram in nine phases of repatriation, while 32,000 people still live in six relief camps in North Tripura.

11/22/2020 India Comments Off on Explained: Why the protests against Bru resettlement in Tripura have flared up now
TV & Movies