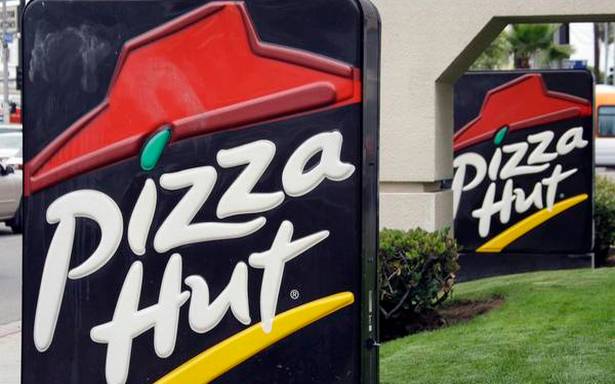 South Korean automobile manufacturers Kia Motors and Hyundai, and quick-service restaurants KFC and Pizza Hut’s Indian affiliates on Monday apologised for posts made by the Pakistani affiliates of these companies on Kashmir Solidarity Day, observed in Pakistan every year on February 5.

KFC Pakistan on the day had tweeted a banner that read, “Kashmir Belongs To The Kashmiris”.

An unverified handle of Pizza Hut Pakistan posted on Instagram an image that read, “We Stand With You”. According to screenshots shared by several Twitter users, the same post had the caption, “This Kashmir Solidarity Day, let’s join hands and stand united for the freedom of our Kashmiri brothers and sisters…”

Kia Motors and Hyundai too posted on similar lines.

The companies were called out for partisan meddling in the geopolitics of the region. Additionally, Twitter users urged boycotting their products.

The Indian arm of Hyundai apologised on Monday. In a separate statement on Tuesday, the car maker explained that its independent distributor in Pakistan made, “unauthorized Kashmir-related social media posts from their accounts”. It added that the post has been removed. Further, the company mentioned that Hyundai Motor India is not associated with the distributor in Pakistan.

Union Commerce Minister Piyush Goyal informed Parliament on Tuesday that the South Korean carmaker had been asked “to be more forceful” in their “unequivocal apology”. The matter was also raised by Shiv Sena Member of Parliament (MP) Priyanka Chaturvedi.

KFC India and Pizza Hut also apologised on Monday. Its tweet read, “We honour and respect India, and remain steadfast in our commitment to serving all Indians with pride.”

Spokesperson at the Ministry of External Affairs, Arindam Bagchi on Tuesday confirmed the Ambassador of the Republic of Korea was summoned over the automaker’s social media post. He said, the government conveyed its strong displeasure on the social media post.

Further, Mr Bagchi informed India’s External Affairs Minister S. Jaishankar spoke to his South Korean counterpart Chung Eui-yong about the post. The South Korean Foreign Minister conveyed that they regretted the offence caused to the people and the Indian government.

“India welcomes investments by foreign companies in various sectors. But it is also expected that such companies or their affiliates will refrain from false and misleading comments on matters of sovereignty and territorial integrity,” Bagchi’s statement read.

What Is Kashmir Solidarity Day?

According to the Pakistan Embassy in Greece’s website, Kashmir Solidarity Day is observed every year to, “express our unwavering political, moral and diplomatic support to the just struggle of our Kashmiri brethren for their right of self-determination…”

Further, the website informs, public processions and special prayers in mosques are conducted for the “liberation of Kashmir” on this day.

It was first observed in 1990. The then-Chief Minister of the Pakistani state of Punjab, Nawaz Sharif had appealed for a nationwide-wide strike to protest against what he called the ‘Indian occupation of Kashmir’. He asked prayers to be held for the successful completion of the cause. Thereafter, the then-ruling Pakistan People’s Party declared February 5 as Kashmir Solidarity Day.

02/08/2022 India Comments Off on Explained | Why Pizza Hut, KFC, Kia and Hyundai’s Indian arm apologized for a post from Pak.
India