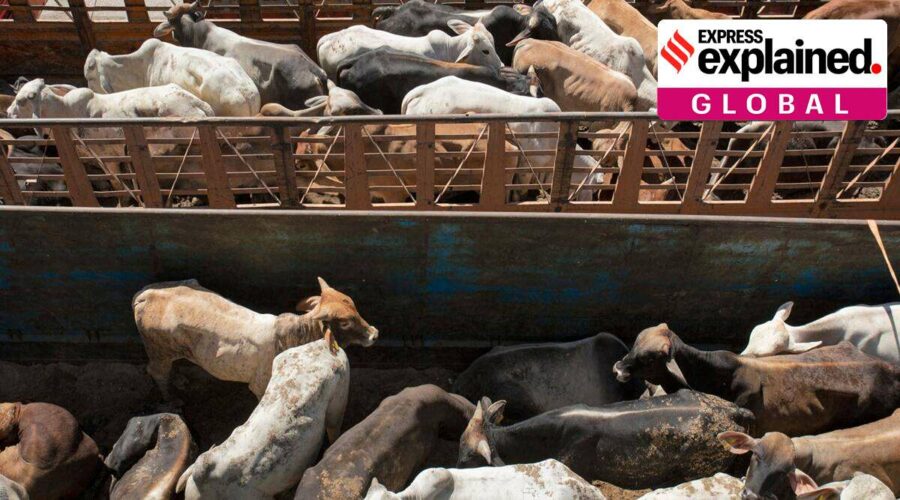 The proposal states that the livestock numbers should be slashed by 30 per cent by forcing some farmers to sell emissions rights and even their land to the state, if necessary, the Guardian reported. 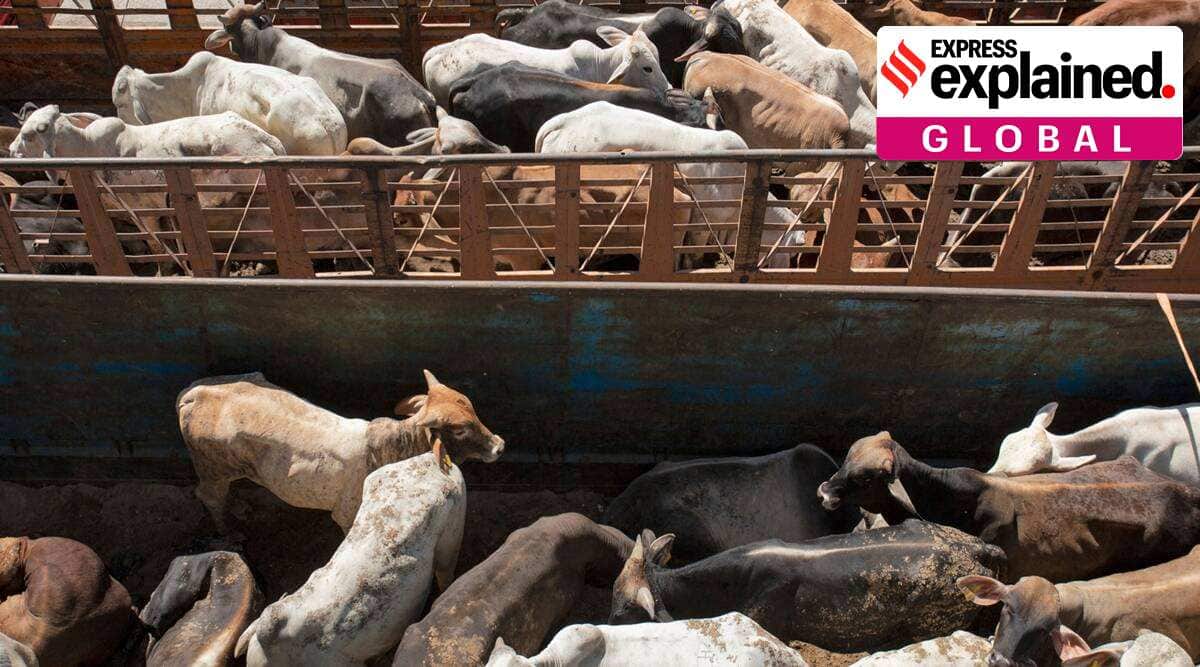 The Netherlands is considering proposals, which are the most radical of its kind in Europe, of slashing livestock numbers by 30 per cent by forcing farmers to sell their emission rights and even their land to the state.

What is the proposal?

Civil servants at the finance and agriculture ministry in the Netherlands have come up with proposals to reduce livestock numbers by almost a third of its population.

The Netherlands is the EU’s biggest meat exporter. It has also one of the largest livestock industries in Europe, with more than 100 million cattle, chickens and pigs. The country had average densities of 14 goats, 93 cattle, 298 pigs and 2372 poultry per km2 and of 414 persons per km2 in 2018.

The proposal states that the livestock numbers should be slashed by 30 per cent by forcing some farmers to sell emissions rights and even their land to the state, if necessary, the Guardian reported.

This comes following growing public debate in the country over the effects of livestock production on human health and the environment. The debate had found a renewed impetus after the Q fever epidemic which hit the most densely populated livestock areas in the country in 2007-10.

What is the reason behind such a plan?

The Netherlands is battling an acute climate crisis caused by an excess of nitrogen emissions. The concern regarding livestock stems from the fact that they produce manure which, when mixed with urine, releases ammonia, which is a nitrogen compound.

This ammonia, via farm runoff, can get into waterbodies, in which case the excessive nitrogen will damage sensitive natural habitats. Nitrogen can lead to algae that deplete oxygen at the surface of the water.

The paper states, “In addition to the unwanted impacts upon soil functioning, nitrogen in the soil, which is largely attributable to livestock production, leaches to groundwater mainly in the form of nitrate (NO3−)…In 2012-2015 this led to exceedance of the standard (50 mg nitrate/L) in 47% in the sandy soil region, 8% in the clay region, 60% of the farms in the loess region and none of the farms in the peat region. The exceedance of standards influences drinking water production and surface water quality. The percentage of farms with exceedance of the standard was different specifically on dairy farms.”

The study also states that run-off and leaching of nutrients from soils and groundwater leads to eutrophication as a result of which nitrogen concentrations exceeded the standard at 50-65% of the measuring points in the sand region and in about 40–60% in the clay region between 2011 and 2014.

Moreover, deposition of nitrogen compounds can also affect terrestrial ecosystems through acidification and eutrophication. The study stated that 60% of the surface in nature areas in the country is exposed to higher nitrogen deposition than the critical load values for the specific nature target types.

It adds, “Livestock production in the Netherlands contributes roughly 40% to the total nitrogen deposition, mainly through the emissions of ammonia. The largest contribution to the ammonia emissions is from cattle with 63%, followed by pigs with 21%, and poultry with 11%. Changes in total nitrogen deposition do not proportionally affect changes in critical load exceedance. When zero emissions from animal husbandry are assumed, the exceedance drops from about 60% to about 15%.”

How serious is the crisis in the Netherlands?

The matter is a huge point of concern in the country as it has been battling what it calls a “nitrogen crisis” for quite some time now.

In May 2019, the Dutch Administrative Court of the Council of State, which is the highest administrative body in the Netherlands, ruled that the government was breaking the EU law by not doing enough to reduce excess nitrogen in vulnerable natural areas. The court stated that the government’s Nitrogen Action Program (PAS), a programme to limit the effects of nitrogen, was insufficient.

After this, the Ministry of Agriculture, Nature and Food Quality commissioned an external body to propose solutions to the crisis. Consequently, on December 17, 2020, a new law that aims to curb nitrogen emissions was approved by the Dutch Parliament.

The law aims to half nitrogen emissions due to construction activities and agriculture by 2035.

The Netherlands has also implemented other stringent measures to tackle the crisis, including reducing the daytime speed limit to 100 kmph on motorways to limit nitrogen oxide emissions and halting gas-guzzling construction projects.

But the emission of greenhouse gases by livestock remains an area of concern in the country.

According to a report by the Food and Agriculture Organization of the United Nations, the livestock sector contributes 18% of the global emission of greenhouse gases. It generates 65% of human-related nitrous dioxide, whose global warming potential is 310 times that of CO2.

What has been the reaction to the proposal to cut livestock numbers?

Environmentalists have largely welcomed the plan and said it is a positive step to cut down on nitrogen emissions in the country.

However, farming groups have been strongly opposing the plan, blocking roads with tractors in protest over proposals to limit ammonia from animal waste.

Wytse Sonnema, head of public affairs at the Netherlands Agricultural and Horticultural Organization (LTO), told the Guardian that the state taking over land from farmers is a bad idea. “It’s a land grab from the government which does not fit with good governance. The other reason is very practical: expropriation takes five to seven years before you have results, and in many cases longer. We don’t have this time, and it is of course far more expensive,” Sonnema said.

The Guardian report also stated that most parties want a more voluntary approach in this regard, with Derk Boswijk, agriculture spokesman for the Christian Democratic Appeal, quoted as saying that expropriation can be disastrous for the government. “In the Netherlands, there is already a contraction of 3% a year in the agricultural sector, many farmers have nobody to hand on to, and it is predicted that in 10 to 15 years, 40% to 50% will have stopped anyway. Plans for forced expropriation … are disastrous for support and trust in government,” Boswijk said.

Even when the law to cut down on nitrogen emissions was approved by the Dutch Parliament last year, there was considerable opposition to it. Several parties like the PVV (Party for Freedom), Green Left, the Party for the Animals, and the Labor Party (PvdA) had argued that the law is not ambitious enough in reducing nitrogen emissions.

The Forum for Democracy, which had voted against the law, had said back then that the only intention was to decimate the agricultural sector. LTO had stated that the law is a hardship for the sector, and has an “unachievable goal” for 2035.

09/12/2021 India Comments Off on Explained: Why Netherlands is considering a proposal to cut livestock numbers
India