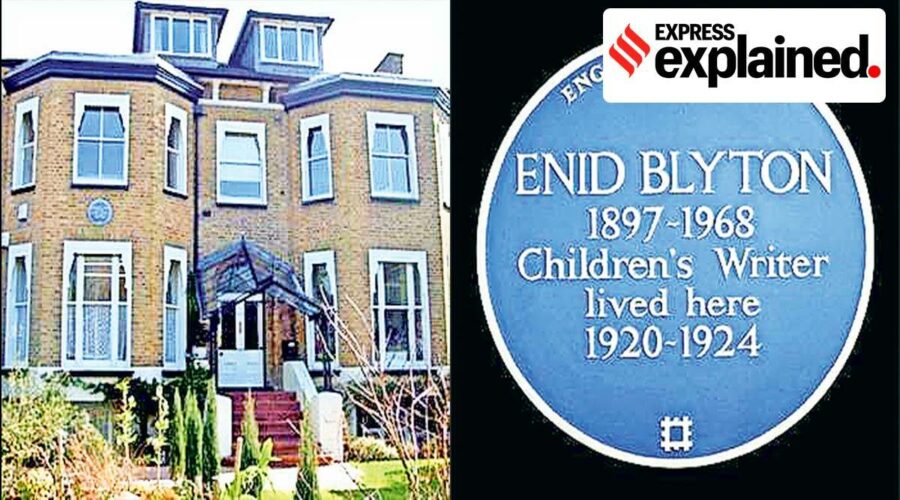 Controversies over Blyton’s work — its intellectual worth, inherent racism and problematic views on gender — have been ongoing since her lifetime. 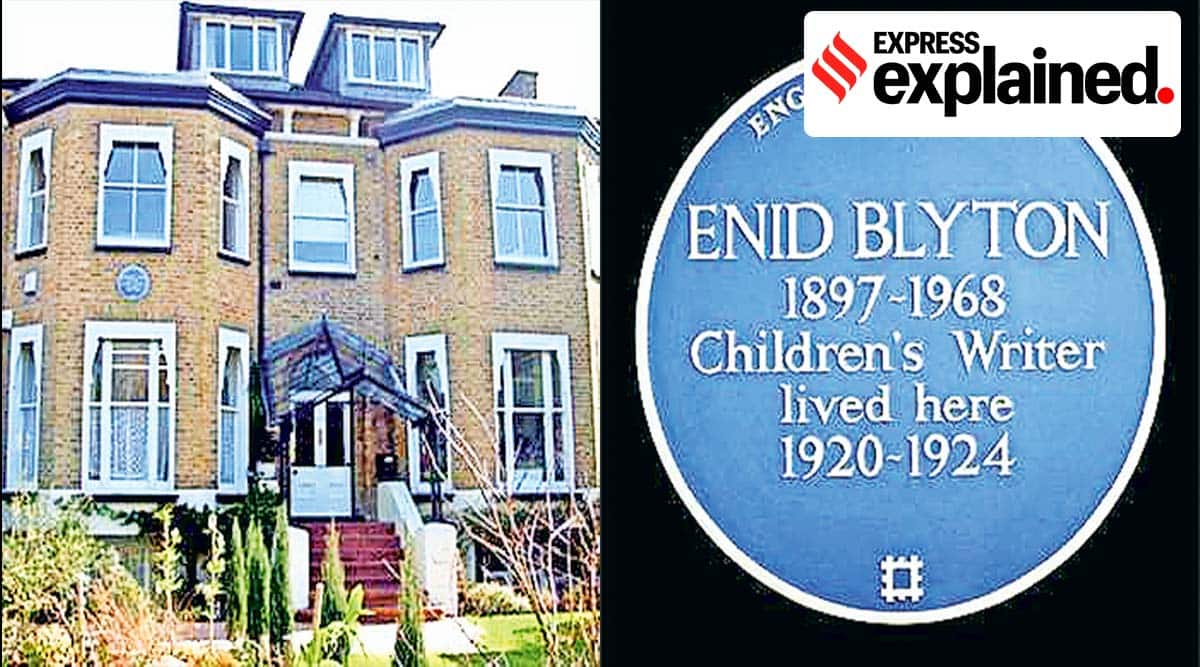 Controversies over Blyton’s work — its intellectual worth, inherent racism and problematic views on gender — have been ongoing since her lifetime. Her books were removed from libraries across the world, her stories struck off syllabi. Between 1930 and 1950, the BBC refused to dramatise her work, describing her as a “tenacious second rater” in its internal correspondence.

The charity English Heritage, which installs iconic blue plaques at sites that were once the working or living quarters of Britain’s culturati, has added fuel to this debate with its latest update to the information associated with Blyton’s plaque. “Blyton’s work has been criticised during her lifetime and after for its racism, xenophobia and lack of literary merit. A 1966 Guardian article noted the racism of The Little Black Doll (1966), in which the doll of the title, Sambo, is only accepted by his owner once his ‘ugly black face’ is washed ‘clean’ by rain. In 1960 the publisher Macmillan refused to publish her story The Mystery That Never Was for what it called its ‘faint but unattractive touch of old-fashioned xenophobia’…” the update now includes.

It mentions Blyton’s rejection by the Royal Mint for commemoration on a 50p coin in 2016 because “the advisory committee minutes record, she was ‘a racist, sexist, homophobe and not a very well-regarded writer’.” While the update is part of the charity’s attempt to re-evaluate controversial aspects of British culture, it has reportedly stated it has no intention of removing the plaque from outside Blyton’s home in London.

The shortcomings of Blyton’s prodigious output has been a matter of debate over decades. Her problematic gender politics, most apparent, perhaps, in her Famous Five series, divides domains into feminine and masculine, in which scientist fathers remain closeted in studies; cheerful aunts and mothers produce “smashing” picnic hampers and teas; girls do the washing up after meals and are almost invariably feminine and in need of chaperoning; those who are tomboyish are aberrations and never as wise or mature as a “real” boy. Later woke interpretations have cast George, the star of the Famous Five series, as gender-fluid, but Blyton, by all indications, wasn’t thinking so far ahead.

Blyton wrote the bulk of her work between 1928 and 1960, a tumultuous time in world history. In the UK, it was not until the 1928 Representation of the People (Equal Franchise) Act that all men and women over 21 were granted the right to vote on equal terms. While World War II would see more women joining the workforce, before that, for a majority of middle-class women, a life of domesticity was the norm.

It may, perhaps, be possible to contextualise Blyton’s views on gender roles in this light, but her tacit commentary on race was untenable even for her time — one that had seen two World Wars against fascism. In almost all her books, “gypsies” and foreigners are cast as sinister, often dishonest. In her supremely popular series Noddy, the antagonists are almost always golliwogs — a racial caricature of a Black rag doll, first introduced by cartoonist and author Florence Kate Upton in 1895. In series for older children, such as the Famous Five, Black or dark-skinned characters are often pitched as heartless or shown in a comical light (in Five Go To Smuggler’s Top, 1945, a dark-skinned boy is named Sooty, and he refers to his White half-sister and himself as the “Beauty and the Beast”).

While the late Eighties and early Nineties initiated a lot of purging of her texts — golliwogs made way for goblins, mentions of corporal punishments were ironed out as were references to rigid gender norms — Blyton’s popularity has remained undiminished. In 2008, she was voted Britain’s favourite author, ahead of Roald Dahl and J K Rowling. Her books have sold 600 million copies and she remains a favourite with children in the subcontinent, including in India, even as authors such as Jamaica Kincaid, Michael Rosen and Rowling voice their discomfort with her views.

How does one reconcile this unease with Blyton’s narrow world view with her continuing popularity? And, does the growing backlash against her necessitate consigning her prolific oeuvre of over 600 books to the backburner?

The pragmatic answer, of course, is that while it is essential to recognise and highlight Blyton’s failures, it is impossible to purge literary canons based on the vices of writers. What our revisionist reading can initiate are conversations around the fault-lines, a recognition of the insular world that Blyton’s characters inhabit and how much more joy a less exclusionary universe could bring. English Heritage’s decision to call her out her failings while upholding her remarkable appeal is a step in that direction.

06/21/2021 India Comments Off on Explained: Why it’s important to note Enid Blyton’s failings, not erase her work
India