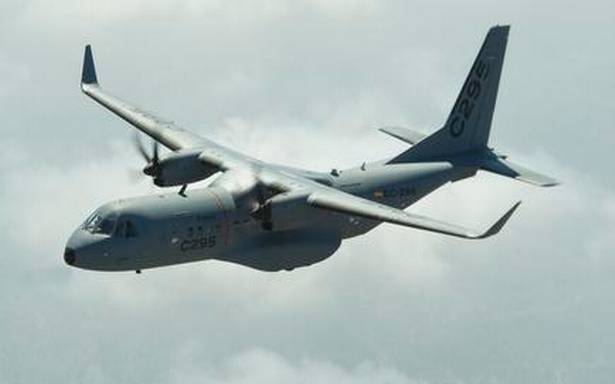 This is the first project of its kind in which a military aircraft will be manufactured in India under technology transfer by a private company.

The procurement of 56 C-295MW transport aircraft from Airbus Defence and Space S.A., Spain approved by the Cabinet Committee on Security on Wednesday marks the culmination of a decade-long process by the Indian Air Force (IAF) to replace the ageing Avro aircraft in service, pending signing of the formal contract.

This is the first project of its kind in which a military aircraft will be manufactured in India under technology transfer by a private company and is expected to cost close to $3bn.

The deal has become even more critical for the IAF as a separate project to jointly co-develop and produce a Medium Transport Aircraft (MTA) of 20 tonnes with Russia to replace the An-32s in service was scrapped after initial design discussions.

The IAF has 56 Avro transport aircraft procured in the 1960s and in urgent need of replacement. The Request For Proposal (RFP) was issued to global firms in May 2013 and the sole bid by Airbus and Tata Group with the C-295 aircraft was approved by the Defence Acquisition Council (DAC) in May 2015. However, the final deal has been repeatedly delayed.

“This is some development!! The ‘Avro model’, as this procurement has come to be labelled, is unique in many respects and could be used in other large scale projects. It started in 2010, when I was Assistant Chief of Air Staff (ACAS) Operations! 11 years for approval – still many to go before first aircraft comes in,” said Air Vice Marshal Manmohan Bahadur (Retd.) on Twitter.

The Avros once inducted could be deployed on the sea routes replacing the An-32s in those sectors.

The C-295MW is a transport aircraft of 5-10 tonne capacity and has a rear ramp door for quick reaction and para dropping of troops and cargo. It is powered by Pratt & Whitney PW127 engines, part of the PW100 family. All 56 aircraft will be installed with indigenous Electronic Warfare Suite.

The project would give a boost to aerospace ecosystem in India wherein several Micro, Small and Medium Enterprises spread over the country would be involved in manufacturing of parts of the aircraft, the Ministry statement said.

On the project spread, the Ministry said that a large number of detail parts, sub-assemblies and major component assemblies of aero structure were scheduled to be manufactured in India. The programme would act as a catalyst in employment generation in the aerospace ecosystem of the country and was expected to generate 600 highly skilled jobs directly, over 3,000 indirect jobs and an additional 3,000 medium skill employment opportunities with more than 42.5 lakh man hours of work within the aerospace and defence sector of India, the statement said.

During the process of manufacturing in India, it is expected that all the suppliers of Tata Consortium who will be involved in special processes will gain and maintain globally recognised National Aerospace and Defence Contractors Accreditation Program accreditation, according to the statement. “It will involve development of specialised infrastructure in form of hangars, buildings, aprons and taxiway.”

Stating that before completion of deliveries, ‘D’ Level servicing facility (MRO) for C-295MW aircraft were scheduled to be setup in India, the Ministry added, “It is expected that this facility will act as a regional MRO hub for various variants of C-295 aircraft.”

09/09/2021 India Comments Off on Explained | Why is Avro aircraft replacement and C-295 aircraft induction critical for the IAF?
India