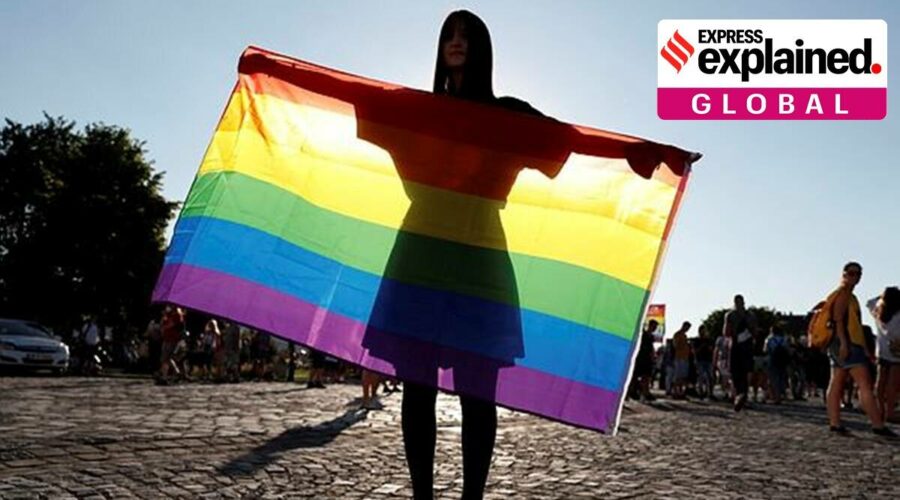 The latest Hungarian legislation outlaws disseminating information meant for children which is considered to promote homosexuality or gender change. Hundreds of protesters thronged the streets of Budapest on Wednesday, demanding the reversal of a newly adopted law that effectively bans all content about homosexuality and gender change from Hungarian school curriculum and television shows for children under the age of 18.

With the country’s upcoming parliamentary election less than a year away, the legislation is the latest in a string of discriminatory and anti-minority reforms initiated by the ruling conservative party Fidesz, under the leadership of Prime Minister Viktor Orban. Introducing the legislation in parliament on Tuesday, the party claimed that the goal of the law was to ensure the “protection of children”, AP reported.

Human rights groups and queer activists have since denounced the law, accusing the Hungarian administration of discriminating against sexual minorities to further their conservative Christian agenda ahead of the polls.

So, what do we know about Hungary’s new anti-LGBT+ law?

The latest Hungarian legislation outlaws disseminating information meant for children which is considered to promote homosexuality or gender change. “There are contents which children under a certain age can misunderstand and which may have a detrimental effect on their development at the given age, or which children simply cannot process, and which could therefore confuse their developing moral values or their image of themselves or the world,” a government spokesperson said.

The law also limits who can conduct sex education classes in schools. Now, only individuals and organisations listed in an official government registry can carry out these classes. This measure is meant to target “organisations with dubious professional background … often established for the representation of specific sexual orientations”.

The limitations placed on content is not limited to school curriculum alone. It also bans TV shows meant for children, which feature gay characters or LGBTQI+ themes. Hungary’s largest broadcasters have criticised the law, saying that it could even impact showings of popular films like the ‘Harry Potter’ series, as well as class shows like ‘Friends’, Reuters reported.

“Excluding sexual minorities from mass media hinders responsible and colourful portrayals of the world” in line with the values of tolerance and acceptance,” the Hungarian Association of Advertisers (MRSZ) said in a statement.

The law also bans companies and organisations from running advertisements in support of the LBTQI+ community, if they are targeted at minors, The Guardian reported. This is not the first time ad campaigns in support of sexual minorities have faced a backlash in Hungary. In 2019, several prominent Fidesz members called for a Coca Cola campaign featuring gay couples to be boycotted.

Is this the first time the Fidesz party has taken an anti-LGBT+ stance?

No, the Orban-led Hungarian government has previously introduced measures to prevent transgender and intersex people from changing their gender marker on official documents. It has also practically banned same-sex couples from adopting children.

The government has also defined marriage as a union between a man and a woman in the constitution, thereby excluding gay marriage altogether. A similar government-led LGBTQI+ movement is playing out in neighbouring Poland, where local authorities are passing laws against “LGBT ideology”. Both countries, close allies, have faced criticism from their European Union partners due to their regressive policies.

However despite criticism, Orban’s popularity in the country has long remained unchallenged. Since 2010, he has won three election landslides. Now opposition parties have joined forces for the first time and are finally catching up with the ruling Fidesz party in opinion polls.

The recent legislation was passed by 157 votes to one, after several Opposition leaders boycotted the vote. Their presence, however, would have made little difference, given the fact that Fidesz enjoys a healthy majority in the Hungarian parliament.

How have activists and political leaders responded to the new law?

Apart from protests in front of the parliament building in Budapest, the law has also elicited widespread criticism from political leaders, activists and human rights organisations from around the world.

In a letter, Amnesty International Hungary said that the law “clearly infringes the right to freedom of expression, human dignity and equal treatment.” Human Rights Watch pointed out that the law could have “sweeping consequences for health providers, educators, and artists, among others” apart from having a harmful impact on children.

Opposition leaders, including Anna Donath, have called on the EU to intervene and take immediate action against the Hungarian government. Ministers from the EU have been urged to raise the controversial law at an upcoming meeting in Luxembourg next week.

Before the vote on Tuesday, the Council of Europe’s commissioner for human rights, Dunja Mijatović, called the legislation an “affront against the rights and identities of LGBTI persons” that would curtail freedom of expression in the country.

06/17/2021 India Comments Off on Explained: Why Hungary has banned all LGBT content from school curriculum
India