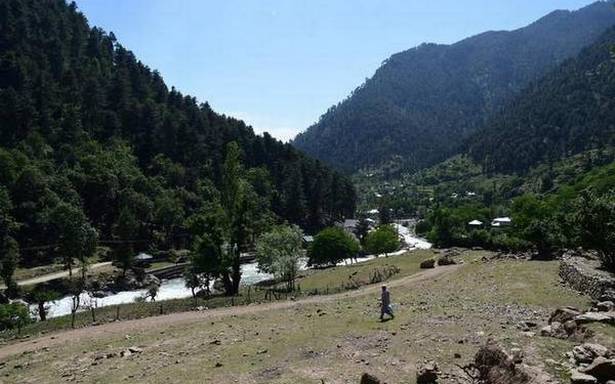 Following from the 2019 reorganisation Act, the exercise will be based on the 2011 census and add seven seats to the Assembly

With the J&K delimitation exercise at the centrestage of the June 24 talks between Prime Minister Narendra Modi and political parties from J&K, especially the Gupkar alliance, the much-awaited process is likely to add seven more constituencies to the current 83-member Assembly of the Union Territory (UT) ahead of the promised polls.

Despite a freeze brought in by the government of then Chief Minister Farooq Abdullah both in the State Assembly as well as in the Supreme Court in 2002 on such process till 2026, the J&K Delimitation Commission came into existence under provisions of Part V of the J&K Reorganization Act, 2019 and Delimitation Act, 2002, passed by the Centre in August 2019 along with other J&K-specific Bills.

Prior to August 5, 2019, carving out of J&K’s Assembly seats was carried out under the J&K Constitution and Jammu and Kashmir Representation of the People Act, 1957. J&K saw the last delimitation exercise in 1994-95, after 22 years, which resulted in an increase in the number of Assembly constituencies from 76 to 87. The Jammu region saw an increase of five seats (from 32 to 37 seats), the Kashmir region an increase of four seats (from 42 to 46) and Ladakh two seats (from two to four).

The State as a whole had a total of 111 seats; with 24 reserved and vacant for Pakistan occupied Kashmir (PoK), while J&K would hold elections for 87 seats, including four from Ladakh, after a six-year term, unlike the rest of the country where asssemblies have a five-year term.

Post August 5, 2019 and the split of the State into two Union Territories, the complexion of Assembly changed and the Union Territory of Ladakh seats were declared void, reducing the strength of the J&K assembly to 83 from 87. So, the Delimitation Commission, headed by retired Supreme Court Judge Justice Ranjana Prakash Desai, was constituted on March 6, 2020 to delineate seven more constituencies based on the 2001 census — even though the fresh census is due this year — taking the strength of seats to 90.

All the five members of parliament (MPs) from the UT of J&K, two from the BJP and three from the National Conference, are its members. The Commission, which was granted a one-year term to complete the exercise till March year, was granted an extension.

Also Read | ‘Delimitation should be based on 2031 Census’

The extension was necessitated after the NC boycotted the Commission’s meeting on February 18 this year, saying the entire Reorganisation Act, 2019 was under a judicial scrutiny for being “palpably unconstitutional and enacted in disregard and violation of mandate and spirit of the Constitution of India”. On the other hand, the BJP MPs suggested considering other elements other than population like physical features, existing boundaries of administrative units, facilities of communication and public convenience while delineating new constituencies.

Why is the BJP’s agenda?

According to Aijaz Ashraf Wani, senior assistant professor of Political Science, University of Kashmir, the BJP has been proposing the removal of special status and delimitation exercise for many years.

“Abrogation of J&K’s special constitutional position has been achieved. It does not want to miss the delimitation process for its set timelines. It may not have any significant value electorally but has a high rhetoric value for the party in the Jammu region, where its vote base is,” Prof. Wani said.

Though there is a set formula for carving out new constituencies, the BJP will only gain if the seats are increased in the districts where it is dominating the political scene like the Samba-Kathua-Jammu-Udhampur belt.

“Though it seems out of seven [new seats], there is by and large chances of equal distribution between the Kashmir region and the Jammu region,” Mr. Wani said.

He said the delimitation process will become a major poll plank for the BJP in upcoming polls to highlight how it tried to break the domination of the Kashmir region by increasing seats in the Jammu region. “It remains to be seen how many they can actually win on the ground,” he added.

However, many in Jammu, are of the opinion that it will be for the first time the Scheduled Tribes will get reservation in the J&K Assembly.

What is link with elections?

Constitutionally, Mr. Wani, said there is no correlation between the two exercises, delimitation and elections. “Both are independent exercises. However, the BJP wants to put a sequence to it,” he added.

Experts suggested that the delimitation talks, which was put at the centre of the talks recently, is an issue with the BJP and the NC, because only these two parties have MPs from J&K. Thereby, other political parties, like the Peoples Democratic Party or the Congress with no MP, has no locus standi in the exercise.

Why has NC agreed to be part of it?

Mr. Wani said the NC understands that the process may not change electoral dynamics significantly in J&K.

“By attending the process, NC will lend credibility to the final report. Why they agreed to be part of the process that they questioned earlier is not known?” he added.

06/26/2021 India Comments Off on Explained | Why does the J&K delimitation exercise matter?
India