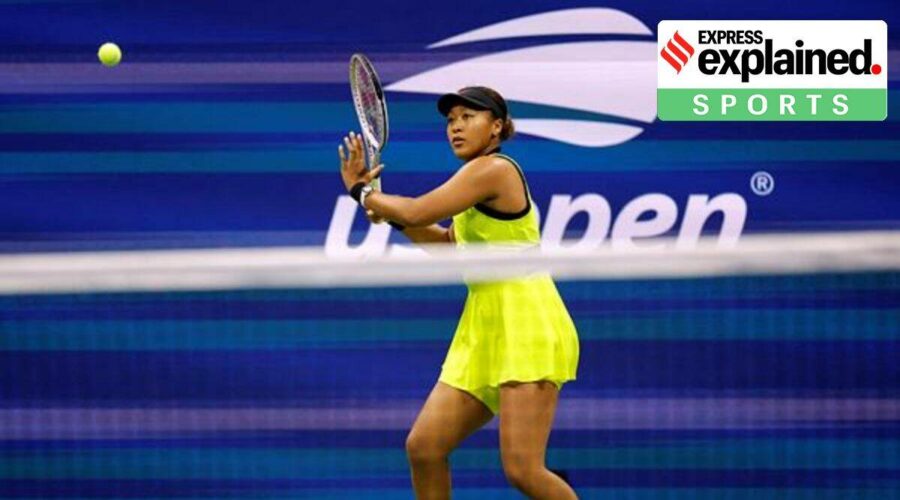 A tearful Naomi Osaka sat behind a microphone late Friday and spoke of how the sport she has so dominated at times has become a joyless binary journey between relief after victories and sadness following losses. There is no contentment, no happiness. The moment resonated with nearly every player who has ever picked up a racket, and especially those who have reached the pinnacle of tennis.

A tearful Naomi Osaka sat behind a microphone late Friday and spoke of how the sport she has so dominated at times has become a joyless binary journey between relief after victories and sadness following losses. There is no contentment, no happiness.

Then came what may be her last public words for some time.

“I think I’m going to take a break from playing for a while,” she said.

How long is anyone’s guess. But while Osaka’s misery is her own — like the unhappiness of the unhappy families Tolstoy refers to at the start of “Anna Karenina” — tennis has seen this movie so many times before that an unavoidable question arises: What is it about this sport that makes so many of the best players in the world, a collection of athletes seemingly swaddled in wealth and fame and glory, so intolerably miserable?

“I think with anything you’re passionate about, it’s always a love/hate relationship, because you want that thing so bad all the time, you want to be perfect,” Bianca Andreescu, a Canadian star who won the U.S. Open the first time she played it in 2019 but has battled injuries, inconsistency and the frustrations that come with both ever since, said after her third-round win Saturday. “In my case, it’s tennis.”

Careers cut short because of broken minds rather than aging bodies haunt tennis like ghosts.

Bjorn Borg of Sweden, a superstar of the 1970s and winner of 11 Grand Slam titles, lost his fourth U.S. Open final in 1981. He walked off the court, drove away in his car, and never played another Grand Slam tournament again. He was 25. Steffi Graf, winner of 22 Grand Slam singles titles, quit at 30, just weeks after a French Open title and a Wimbledon final, saying she had lost her motivation and passion for the game. Andre Agassi and Jennifer Capriati succumbed to drug abuse and, in Capriati’s case, addiction, though they managed to mount comebacks.

More recently, Paula Badosa of Spain has spoken of her battles with depression brought on in part by the frustrations and pressures of the game. Iga Swiatek of Poland, who won the 2020 French Open at 19, spoke after a recent loss of seeing little other than tennis balls when she closed her eyes at night. After losing a hard-fought match at the Olympics, she sobbed into a towel as if she had lost a close relative.

Athletes in team sports talk about the joy that comes from being a part of something larger than themselves, of heading into battle surrounded by a band of brothers and sisters.

Golfers play an individual sport filled with crushing frustrations, but they walk peaceful, beautiful grounds through a morning or afternoon, a caddie by their side lending advice and providing technical and emotional support. When they lose, the golf course gets the best of them.

Tennis players and coaches speak of the singular form of intensity and loneliness that accompanies the game.

From the time they are small children, tennis players run on hard, often hot, and sometimes sweltering courts for hours as a human on the other side of the net tries to pound them into exhaustion and defeat. And they do it alone, prohibited from communicating with anyone during the most important matches.

They cross borders and time zones and oceans, often from week to week, during a grueling, 11-month season. Sometimes they compete at 11 o’clock in the morning. The next day they might start at 11 at night. Sleeping and eating schedules are discombobulated.

Tennis players talk differently when they talk about losing. The player not holding the trophy at the end of a tournament does not come in second place, and semifinalists do not finish in third or fourth. Pro golfers who finished fourth often say they had a great week. Marathoners and swimmers talk about being on the podium.

As Novak Djokovic, no stranger to tennis misery, said the other night, “We are a particular sport that only has one winner.”

The coronavirus pandemic has only magnified pressures and pitfalls, and added another kind of loneliness. For more than a year, at most tournaments players have had to limit their movements to their hotels, practice courts and competition venues, passing long hours alone in soulless rooms. They are tested for COVID-19 every few days, always one swab away from a 10-day isolation far from home.

Daria Abramowicz, a sports psychologist who travels with Swiatek, said the sport in its modern form is an energy-sucking journey of climbing the rankings ladder, defending your position and cultivating fans, as well as sponsors, who can provide a financial safety net but bring their own demands.

“If your tank is empty or almost empty, and if you feel burdened that there are a lot of challenges all around the performance, it is impossible to enjoy the process and enjoy this moment,” Abramowicz said.

For better or worse, Osaka has taken on burdens.

After the murder of George Floyd, she flew to Minneapolis to march with protesters. After the shooting of Jacob Blake, she single-handedly brought her sport to a standstill when she announced she would not play her semifinal match in the Western & Southern Open. She wore a mask with the name of a different victim of police violence onto the court for each of her matches at the U.S. Open last year.

“She allows herself to really feel and experience that sadness,” said Pam Shriver, a former top player and Grand Slam doubles champion.

In May, before the French Open, Osaka tried to overturn years of tennis protocol when she refused to participate in post-match news conferences because she said they put too much stress on players, especially after losses. Her stance led to an ugly confrontation with tournament organizers and her withdrawal from the tournament after just one match.

In Japan, where she has become a symbol of a new, multiracial vision of a traditionally homogeneous society, she embraced the honor of lighting the Olympic cauldron and becoming the face of the Games. It was her first competition since the French Open.

She has told the world about her battles with depression the past three years, a move that John McEnroe said took great courage. The seven-time Grand Slam winner, who 40 years later is still shaken by the sudden departure of Borg, his chief rival, said her candor probably helped countless people. McEnroe added that it may also make it harder for Osaka to thrive because of the increased attention it brings.

“She’s the type of player we need around the sport another 10 years, that should win a bunch of more majors hopefully, if she’s in the right head space,” McEnroe said days before the start of the U.S. Open.

After spending roughly two years on the pro tour with Swiatek, Abramowicz has concluded that players can survive careers — inevitably filled with losses and disappointment — only by working every day to build self-worth and self-confidence that is not measured by wins and rankings points but rather relationships. Only then can they find a way to enjoy the process, as enervating as it might be.

“You need to maintain the core values, because without that there is nothing,” Abramowicz said. “There is just burned ground.”

09/05/2021 India Comments Off on Explained: Why does playing Tennis make so many pros miserable?
India