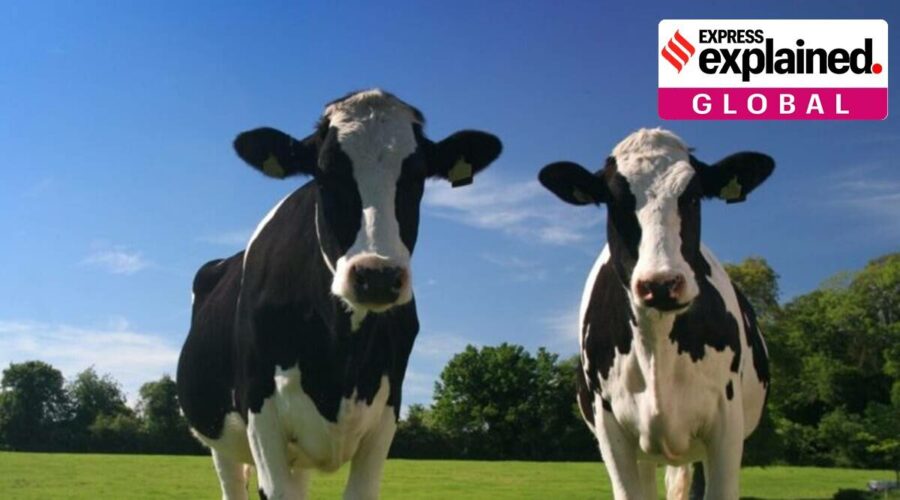 In a row the media has dubbed 'buttergate', Canadians fear that dairy farmers have altered cows’ diet to meet the increased demands of butter amid lockdown-induced rise in homebaking. Since the beginning of this year, Canadians have been complaining that the texture of the butter they use has changed, and it is no longer soft at room temperature. There have been speculations that these changes were brought on by a change in the diet of dairy cows.

Canadians feared that dairy farmers were using palm oil fat supplements in the cows’ diet. A possible explanation was that an increase in the demand for butter – it increased by over 12 per cent in 2020 in Canada — due to lockdown-induced spike in homebaking was resulting in farmers using these supplements in order to increase yields.

In an article titled “Udder Absurdity”, The Economist wrote that Canadians are in a “flutter about butter” and noted that because the industry is protected by high tariffs, Canada could not simply import butter from outside, because of which farmers had to resort to palm oil.

So what is ‘Buttergate’ and when did it begin?

Rosendaal had been tracking the change in butter throughout 2020, when she first observed the hard butter, and concluded this year in February that the “firm-butter phenomenon didn’t appear limited to any particular time of year, butter brand or price range.”

Rosendaal wrote on February 5, “Something is up with our butter supply, and I’m going to get to the bottom of it. Have you noticed it’s no longer soft at room temperature? Watery? Rubbery?”

Rosendaal also speculated that the change in butter’s texture and its inability to soften at room temperature could be attributed to a targetted change in feeding and farming practices, which in turn modified the fatty acid profile of bovine milk.

Following Rosendaal’s comments on Twitter, many other Canadians expressed similar concerns about change in their butter’s physical characteristics and speculated that these could be related to the use of palm oil supplements in dairy cow diets. This was eventually dubbed as “buttergate” by the media.

So what is going on with butter in Canada?

In an article for The Globe and Mail, Rosendaal wrote that a few people messaged her last spring–which was the first time when the stay-at-home orders were issued in Canada–that the butter they were using was no longer soft at room temperature. She further wrote that the change in butter’s properties was likely due to change in the properties of fat.

Dairy Farmers of Canada, a policy and lobbying organisation that represents Canadian farmers, said a group of experts was looking into the issues raised by consumers surrounding the consistency of butter and animal feed products that contain palm by-products.

Even so, Mike von Massow, a professor at the Department of Food, Agricultural and Resource Economics at the University of Guelph in Canada, wrote for Food Focus Guelph that while dairy farmers feed palm oil to cows, they have been doing it for years. This is something that Rosendaal also acknowledged in her article for Globe and Mail. “Canadian dairy farmers started using them around 2001, but they’ve become more prevalent in recent years in response to an increase in demand for butterfat,” she wrote.

Massow pointed out that the usage of palm oil in feed is not unique to Canada and that countries such as New Zealand use it as well in higher quantities. Overall, Massow remains skeptical and says it cannot be said for sure if palm oil is causing butter to change, given that it has been used for years. “A sudden current change is unlikely to have been driven by a long term practice,” he noted.

“There are many many Canadians on social media who feel like their butter has changed. We don’t know if that is real. I will tell you in my very small sample (my house) there is no change in the butter and a friend tells me his is softer. It remains soft and spreadable on my counter. That doesn’t, however, mean there is no change,” Massow added.

06/08/2021 India Comments Off on Explained: Why Canada is worried about the texture of its butter
India