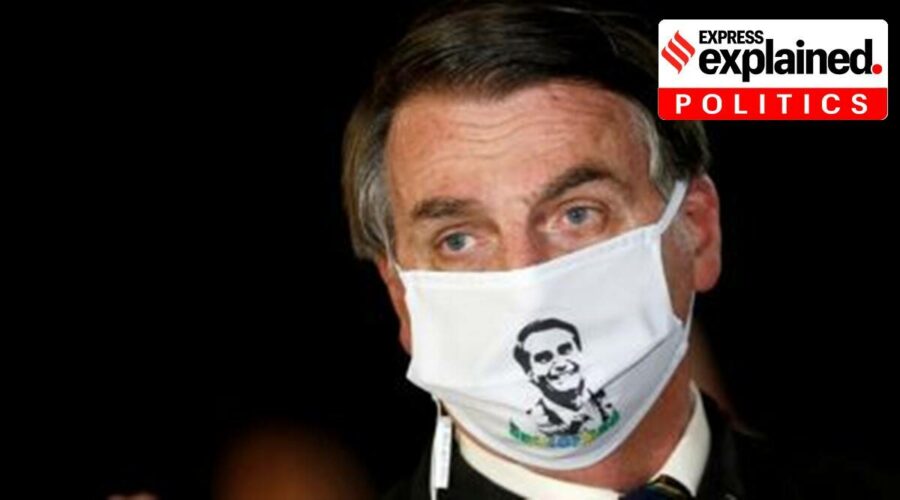 The journalist, Patrícia Campos Mello, has called the verdict a “victory for all of us women”. A court in Brazil has ordered President Jair Bolsonaro to pay compensation to a journalist for making degrading remarks against her.

The ultra-right Brazilian leader, known for his extreme views, has held the South American country’s top office since the start of 2019, and was the chief guest at India’s 2020 Republic Day celebrations.

Explained: Jair Bolsonaro, the Brazilian President with quite a few extreme views

The order against Bolsonaro

Last year in February, Bolsonaro insinuated that Patrícia Campos Mello, an award-winning reporter for the Brazilian daily newspaper Folha de S.Paulo, had offered sex to a source for negative information about him.

Campos Mello had worked on a series of investigative reports showing how Bolsonaro supporters used WhatsApp to boost his campaign by attacking his rivals before the 2018 presidential election.

On March 16, a Sap Paulo court ruled that the President had “damaged the honour of the complainant, causing moral damage”, and ordered Bolsonaro to pay Campos Mello 20,000 reais ($3,500) in damages, the AFP reported.

In a tweet, Campos Mello called the verdict a “victory for all of us women”.

This is the second win for Campos Mello within three months – in January, she won a similar case against Bolsonaro’s son Eduardo, who is a member of the Brazilian parliament.

The younger Bolsonaro had said in May 2020 that Campos Mello had “tried to seduce” a source to obtain damaging information against his father. He was ordered to pay 30,000 reais to the journalist as compensation.

Bolsonaro’s comments about Campos Mello are one among his many controversial statements.

A far-right populist, Jair Bolsonaro is the most radical occupant of Brazil’s top office since the return of democracy to the country in 1985. Bolsonaro is proudly homophobic, openly misogynistic, swears by family and religious values, and has vowed to “cleanse” Brazil of corruption.

For many years, Bolsonaro had been on the fringes of Brazilian politics, but was suddenly propelled to prominence after a major corruption scandal-tainted the image of the country’s mainstream political class.

He has made several controversial remarks on race, gender, and sexual orientation, and has praised Brazil’s military dictatorship era of 1964-1985.

In 2016, during impeachment proceedings against former leftist President Dilma Rousseff, who was jailed and tortured during the dictatorship era, Bolsonaro dedicated his vote to the colonel who tortured her.

In 2018, he was charged by Brazil’s public prosecutor for inciting discrimination against black people, indigenous people, women and homosexual people.

When a female legislator in Brazil accused him of being a rapist, Bolsonaro said, “I wouldn’t rape you because you don’t deserve it.”

Bolsonaro has also said he “would be incapable of loving a homosexual son” and has described having a daughter as a “weakness”. He has also said, “If I see two men kissing in the street, I will hit them.”

The Brazilian leader is a staunch climate change sceptic. During his election campaign, he had called climate change predictions a hoax, and advocated allowing businesses to expand by rolling back environmental safeguards.

03/28/2021 India Comments Off on Explained: Why Brazil President Jair Bolsonaro has to pay compensation to a journalist
India