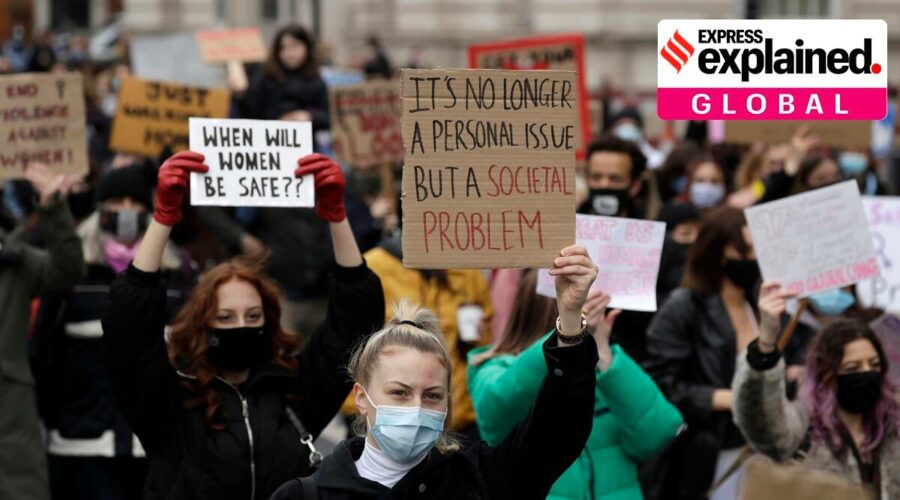 In the UK, thousands of people have been protesting against a new legislation introduced in the British Parliament called the Police, Crime, Sentencing and Courts Bill 2021. The BBC reported that there have been violent protests in the city of Bristol over the Bill, which will allow the police to take a more proactive approach in managing “highly disruptive protests” causing “serious disruption to the public.”

Why is this Bill being passed now?

As of now, the police use a public order legislation (the Public Order Act 1986) that was passed in 1986 to manage protests. The government has said that this legislation is no longer considered fit to manage “the types of protests we experience today.” Therefore, on the recommendation of the Commissioner of the Metropolitan Police Service, the legislation is being updated to allow the police to “safely and effectively manage the highly disruptive protests we see today”, the Home Office said in its policy paper.

To give an example, the policy paper has mentioned the Extinction Rebellion’s 2019 “April Uprising”, in London that cost the police over £16 million. Extinction Rebellion (XR) is an environmental activist group that claims to follow the principles of nonviolent civil disobedience movements. Early last year, some members of this group dug up a part of the lawn of Trinity College Cambridge while sparing an apple tree that descended from the one that inspired Sir Isaac Newton. The group said that they were protesting against the college’s alleged role in the “destruction of nature”.

What is the Bill?

The various provisions of the Bill will widen the range of conditions that the police can impose on static protests to match the existing police powers that it is able to impose on marches.

This means that the police will be able to impose conditions such as start and finish times and maximum noise levels during static protests. The police can already impose such conditions on marches.

Other provisions of the bill will broaden the range of circumstances in which the police can impose conditions on a protest, “including a single person protest, to include where noise causes a significant impact on those in the vicinity or serious disruption to the running of an organisation.”

Further, as per the recommendation of the Law Commission, the Bill will introduce a statutory offence of public nuisance, which means there will be clarity about the kinds of conduct that are forbidden such as producing excessive noise or smells, or offensive or dangerous behaviour in public, such as hanging from bridges.

What have critics of the Bill said?

People have criticised the legislation on the basis that its provisions give more rights to the police to monitor and control protests.

Fair Trials, a global criminal justice watchdog, has said the Bill “risks undermining the public’s confidence in the criminal justice system, and undermine equality and the right to a fair trial.” It has also emphasised the Bill’s extension of powers to the police following the policing of the vigil for Sarah Everard at Clapham Common. Everard was a 33-year-old marketing executive from South London who disappeared while walking home to Brixton after visiting a friend in Clapham–both are 50 minutes away from each other on foot on the night of March 3. Her remains were discovered in Kent on March 10.

The Labour Party has also opposed the Bill on the grounds that it criminalises making noise and that a person found guilty of causing “serious annoyance” or “serious inconvenience” could be imprisoned for a period of upto ten years. Some critics have also pointed out that the Home Secretary has been in a rush to pass the legislation instead of scrutinising it.

04/03/2021 India Comments Off on Explained: Why are thousands in the UK protesting against the new police and crime bill?
India