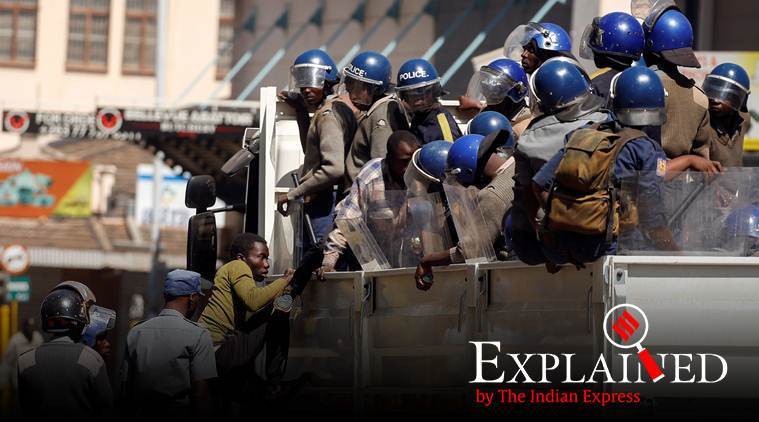 Political tensions escalated in Zimbabwe after police banned an anti-government demonstration planned by the country's main opposition party — the Movement for Democratic Change (MDC) in the central city of Gweru. Political tensions escalated in Zimbabwe after police banned an anti-government demonstration planned by the country’s main opposition party — the Movement for Democratic Change (MDC) in the central city of Gweru. The protest was the third to be banned in less than a week in the country, which is going through a severe economic crisis.

In a statement, the Nelson Chamisa-led MDC party, described the move as not just “a ban on civilian politics, but a de-facto state of emergency”.

The government had earlier banned similar demonstrations in the capital city of Harare and Bulawayo, the third biggest city of the country. Several people were injured during the protest in the capital after the police resorted to using tear gas and water cannons to quell the demonstrations.

Why are protests being held in Zimbabwe?

Zimbabwe’s economic turmoil and deteriorating services are to be blamed for the rise in political tensions in the African nation. According to the Associated Press, inflation soared to a decade-high of 175 per cent before the country’s finance minister suspended the announcement of inflation statistics in July. Power cuts in the country last to as long as 19 hours a day while severe water shortage is forcing people to stand in long queues around wells.

A report by the UN World Food Programme (WFP) states that about 59 per cent of rural Zimbabweans, or about 5.5 million people, are food insecure. Prices of basic goods and services have more than doubled since June, when the government renamed the RTGS currency as the Zimbabwe Dollar, which has been sliding in value, news agency Reuters had reported.

The plan to roll out “peaceful” protests by the MDC party was an attempt to force President Emmerson Mnangagwa, who took over command following the downfall of longtime leader Robert Mugabe two years ago, to set up a transitional authority to address the economic problems faced by the country.

“Every Zimbabwean will be marching to end this suffering until we achieve a legitimate people’s government that will begin to address the serious challenges facing the country,” an MDC spokesperson was quoted as saying by AP.

“Until that is achieved, we will not rest and we will continue to exercise our democratic right to demonstrate peacefully,” he had said.

The ruling ZANU-PF party is also reportedly pushing new security legislation — the Maintenance of Peace and Order Bill – which critics, human rights activists and the country’s opposition party describe as ‘very harsh’. The controversial legislation was dubbed as a ‘photocopy’ of the law passed in South Africa by the apartheid regime by an opposition senator.

What the government says

President Emmerson Mnangagwa, 76, who emerged as the winner in the first-post independence election without Mugabe fighting, says that his administration is doing a “good job” in fixing the economy.

He said his government is not only expanding democratic rights but is also re-engaging with the West after several years of bad diplomatic relations.

The government maintains that the protests are banned only to maintain law and order in the country.

Mnangagwa has publicly said that he is open to dialogue with the demonstrators and that ‘hardships are necessary for a growing economy’.

“I reiterate my calls to all opposition leaders that my door remains open and my arms remain outstretched,” said Mnangagwa had said in a tweet. “Riots and destructive violence must be rejected; peaceful constructive dialogue are the way forward,” he added.

Government spokespersons have maintained that people are ‘very happy’ and aware of the fact that authorities are doing their best to overcome the hurdles.

The United Nations Human Rights Council has said that the socio-economic crisis in Zimbabwe is “deeply concerning”. The body has urged the government to find ways to engage with protestors and refrain from the use of violence.

The United States has also expressed its concern over the “abduction, assault, and torture of civil society and opposition leaders” ahead of the protests held on August 16. It encouraged the protestors to seek redress peacefully.

Related posts:
08/23/2019 India Comments Off on Explained: Why anti-government demonstrations are being banned in Zimbabwe
TV & Movies 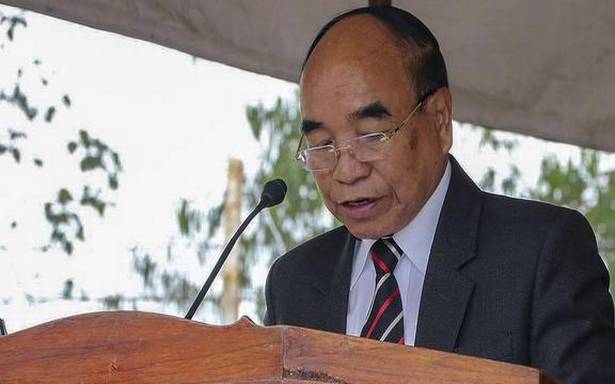