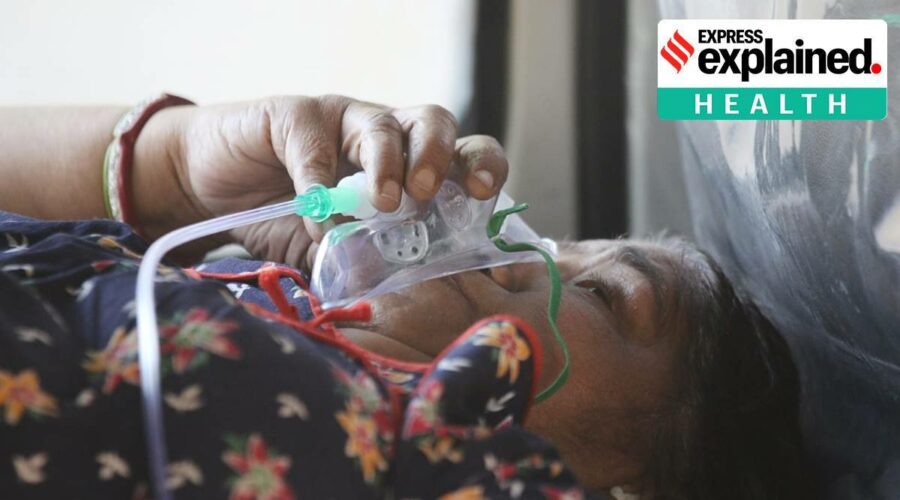 Are more younger people getting infected than last year? What explains the oxygen crisis? Why are vaccinated people getting sick? Decoding the trends that stand out during the ongoing Covid-19 surge. Like the 1918-20 Spanish flu, the second all-India surge of the Covid-19 pandemic has been more devastating than the first. It has also appeared to be different from last year’s surge in several ways, increasing worries and anxiety. Here is what you need to know about five apparent trends during the second wave:

I have been extremely careful for more than a year now. Why have I still got Covid-19?

Because an asymtomatic person, who carries the virus, would have spread the infection. In India, experts say, 80-85% of the population are asymptomatic. They continue to be the largest carrier of the virus, and in a closed indoor setting, asymptomatic person will transmit the virus even when he or she is talking. Also, asymptomatic people don’t isolate themselves in a home setting.

A combination of a large asymptomatic population and the presence of more infectious variants of the virus during the second wave, which is much steeper than the first wave that peaked in September, continues to transmit the virus even to those who are staying indoors. For instance, the UK strain detected in a significant proportion during genome surveillance in Delhi and Punjab, has shown a 50% higher transmission, according to the US Centers for Disease Control and Prevention (CDC). The L452R mutation found in the variant B1.671, first detected in India, too has been associated with increased infectivity.

Second, in the current wave, the marking of containment zone has been less strict. In cities, the government has asked civil authorities to adopt micro-containment: with perhaps just a floor or a house defined as a containment zone. If there is no effective monitoring in micro-containment zones, containing the virus becomes a challenge. Earlier, an entire apartment or area would be made a containment zone, reducing the chances of transmission of the virus. Now, central teams have red-flagged the fact that high-risk contacts in workplace, social and family settings were not investigated and listed in Maharashtra, resulting in a surge. This is happening across the country. 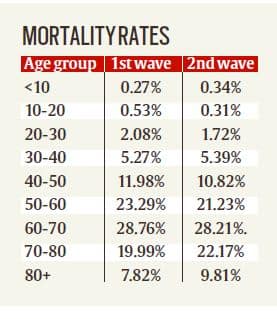 Unlike last year, I see entire families down with Covid. Has something changed in the nature of the infection?

Super-spreading events in indoor settings — house parties, social gatherings — can trigger local outbreaks if Covid-appropriate behaviours are not followed. Because some virus variants are more infectious, and because micro-containment zones are not being monitored as effectively as containment zones last year, we are seeing entire families going down with the virus. Contact tracing guidelines are not being followed as rigorously as last time. All asymptomatic direct and high-risk contacts of confirmed cases are to be tested once between day 5 and day 10 of coming into contact, but they can continue spreading the infection if they return a false negative result.

Also, during this surge, there has been a long waiting period for testing. Until the results are available, many asymptomatic persons violate isolation guidelines and spread the infection.

Unlike last year, many young people are getting Covid this time. Did the young not have more robust immunity?

The infection is spreading at a faster pace in every age group. At present, there is very little data that shows how long immunity lasts in the younger population. However, those who have comorbidities at a young age at high risk.

Data released by the Centre shows that in seven age groups up to 70 years, the prevalence of deaths in this wave is comparable to the prevalence in the last wave. However, in the age groups 70-80 and above 80, mortality rates are higher in the second wave are higher (See box). It is still the older population who is at higher risk and needs to be protected. However, the number of deaths are high in all age groups because there are more cases. And with the virus becoming more infectious and some mutations escaping the immune response, the younger population needs to strictly follow Covid-appropriate behaviours.

How did the medical oxygen situation turn this catastrophic?

In the second wave, critical data has emerged from hospitals being tracked by the government — that 54.5% of admissions during the second wave required supplemental oxygen during treatment. This marked a 13.4-percentage-point increase from the peak during September and November last year, according to data from 40 centres across the country.

Also, shortness of breath is the most common clinical feature among symptomatic patients in the second wave.

For moderate cases, India’s clinical management protocol recommends oxygen therapy as the primary form of treatment: the target is to achieve 92-96% SpO2, or 88-92% in patients with COPD. It is this category that requires oxygen beds. While the proportion of those requiring oxygen beds is still hovering around under 10%, this number is at an all-time high with India’s active caseload crossing 26 lakh.

As of April 24, official records showed that Delhi, UP, Gujarat and Haryana face severe shortfalls due to a surge in cases. The demand for medical oxygen has increased by 18% over the last six days across 12 states, which account for 83% of India’s active cases.

I took my first vaccine shot as soon as I became eligible. Why have I still got Covid?

The two vaccines approved for emergency use in India don’t stop transmission of the virus, and at present can only reduce severe disease or hospitalisation. Data released by the government show that post-vaccination, around 2-4 persons per 10,000 have tested positive.