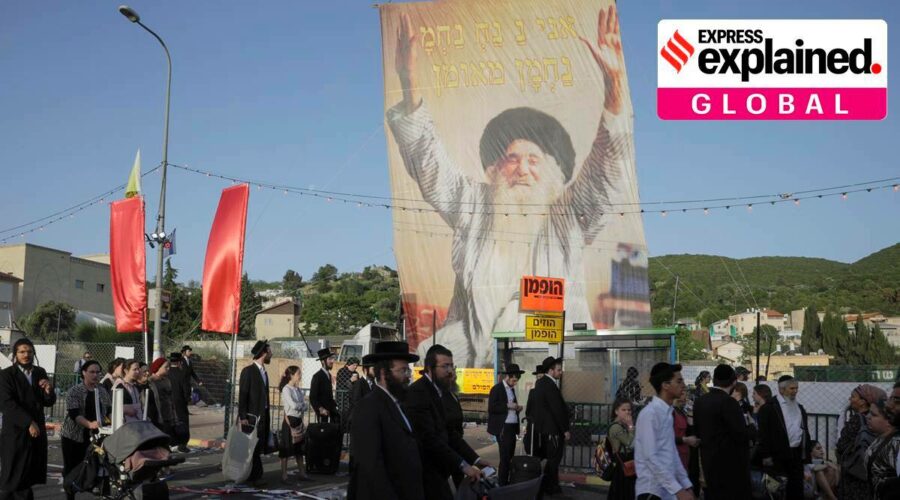 A stampede at the religious festival attended by tens of thousands of ultra-Orthodox Jews in northern Israel killed dozens of people and injured about 150 early Friday. 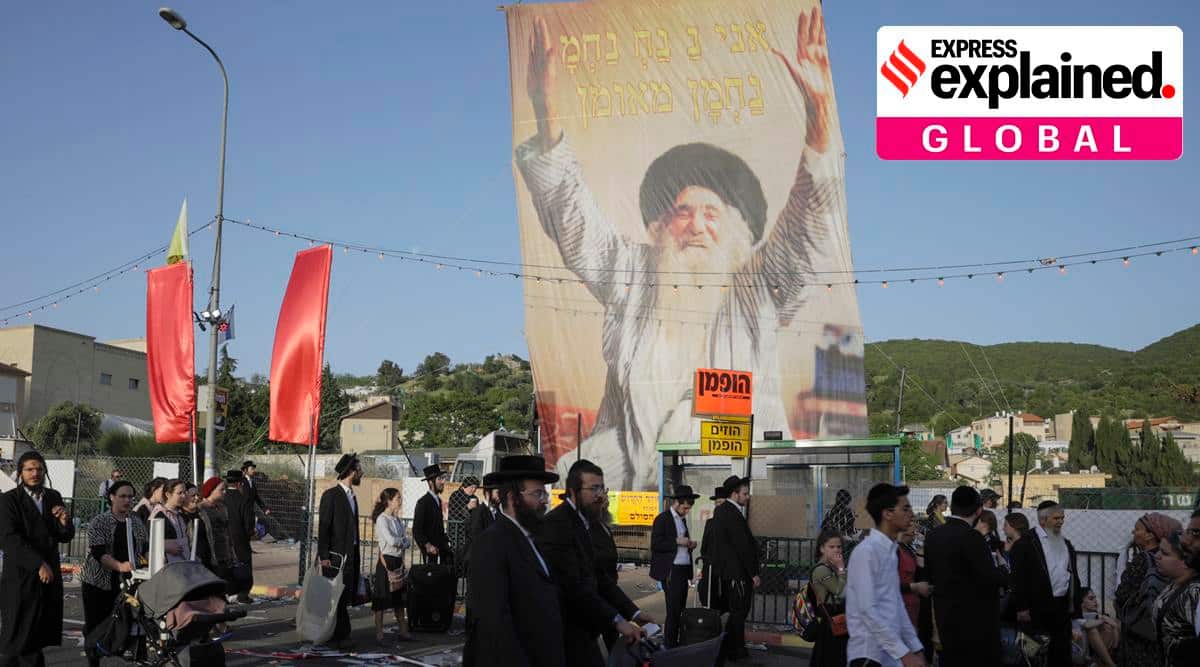 At least 44 people were crushed to death in a stampede early Friday as tens of thousands of ultra-Orthodox Jews gathered in northern Israel to celebrate the annual Lag B’Omer festival. Over 150 people have also been injured in the stampede, with several in critical condition. The incident is widely being described as one of the country’s deadliest civilian disasters.

This year, over 100,000 people attended the overnight festival despite Israeli authorities warning that a large congregation may lead to the spread of Covid-19. Rescue officials have since said that the festival site was only equipped to handle perhaps a quarter of the number of people who showed up on Thursday night.

Israel’s President Benjamin Netanyahu called the incident a “heavy disaster”, adding that he was praying for all the people who lost their lives in the deadly stampede.

What is the Lag B’Omer festival?

Lag B’Omer is an annual Jewish festival observed during the Hebrew month of Iyar. It is celebrated on the 33rd day of the Omer, the 49-day period between Passover and Shavuot. Lag B’Omer is the only day during the 49-day period when celebration is permitted. Hence, it is common for Jews to schedule weddings on this day every year. Young boys, who have reached the age of three, are also traditionally brought here for their first hair cut. 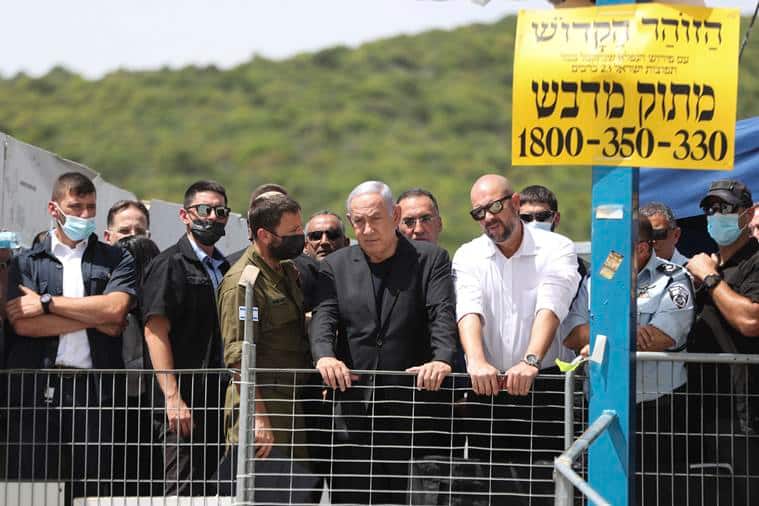 To mark the occasion, tens of thousands of ultra-Orthodox Jewish pilgrims make their way to the base of Mount Meron every year, to pay their respects to Rabbi Shimon Bar Yochai, a second century sage and mystic, who is believed to have died on this day. The Rabbi’s tomb is a much revered holy site in Israel.

A video which was allegedly shot moments before the stampede broke out on Friday shows a huge group of people singing and dancing in unison near the tomb. Last year, the event was cancelled due to the coronavirus pandemic.

This year, devotees were permitted to visit the tomb after Israel managed to successfully carry out a nationwide vaccination programme and lift several restrictions. However, authorities still advised against visiting the site in large numbers to prevent another Covid outbreak.

Who was Rabbi Shimon?

Rabbi Shimon was said to have been a gifted Talmudic scholar and a disciple of Rabbi Akiva, one of the greatest Jewish sages of all time. According to some accounts, Rabbi Shimon authored the ‘Zohar’, which is the main work of Kabbalah, or Jewish mysticism.

Jews believe that on the day of his death, Rabbi Shimon told his disciples the many secrets of the Kabbalah, which some believe is how Lag B’Omer became a day of celebration. Bonfires are often lit on the day to represent the knowledge and wisdom he shared with his followers.

Others believe that a deadly plague that killed 244,000 of Rabbi Akiva’s followers ended on this day. Rabbi Shimon was said to have been among the few people who survived.

What happened at the Lag B’Omer festival this year?

Early accounts of the incident indicated that a structure had collapsed, sending tens of thousands of devotees running for cover. However, the police later said the stampede was caused by a few people slipping on the stairs, setting off what the news website Ynet called “a human avalanche”. 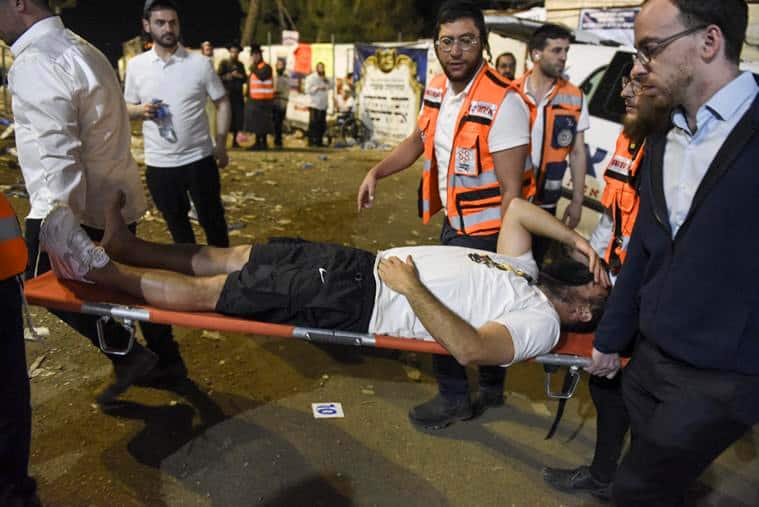 Some workers involved in the rescue efforts said that the tragedy occurred due to the sheer number of people who had gathered at Mount Meron. Anticipating a rush of people at the gravesite, officials had deployed more police personnel and divided the area into sections to avoid overcrowding. However, the volume of people on the day of the festival was far more than they had expected, the New York Times reported.

According to witnesses, people were asphyxiated and trampled on in narrow passageways. Several victims went unnoticed, until the PA system sounded an alarm and asked crowds to disperse. A number of injured victims were ferried to nearby hospitals in helicopters.

An investigation is presently underway, the police chief said.

04/30/2021 India Comments Off on Explained: What is the Lag B’Omer festival celebrated in Israel?
India