Titled ‘Dismantling Global Hindutva Conference’, the virtual conference seeks to look into issues relating to the Hindu supremacist ideology from a scholarly perspective. 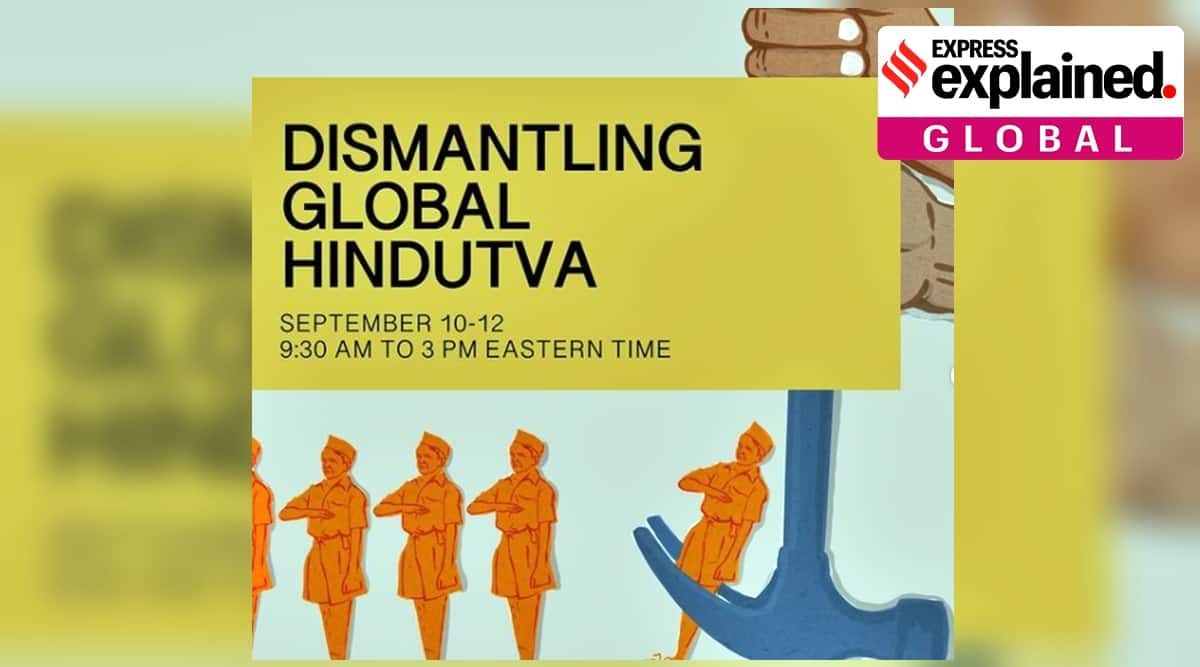 Co-sponsored by departments of over 50 US universities, including Stanford, Harvard, Princeton, New York University, Cornell and Northwestern University, a three-day global academic conference addressing the rise of Hindu nationalism is being held from September 10-12.

Titled ‘Dismantling Global Hindutva Conference’, the virtual conference seeks to look into issues relating to the Hindu supremacist ideology from a scholarly perspective.

But soon after the event was first announced, Hindu groups both at home and abroad have touted it as “Hindu phobic” and demanded for it to be called off. They have also launched a sustained online campaign against its organisers.

The event’s organisers say they have been on the receiving end of harassment by various Hindu groups, some of which have resorted to sending them threats of violence and death. The organisers say the theme of the conference has been grossly misconstrued as an attack on Hinduism, when, in fact, the aim is to study Hindutva as a right-wing political movement.

What do we know about the ‘Dismantling Global Hindutva Conference’?

Most of the organisers of the event — which is being held between Friday, September 10 and Sunday, September 12 — have chosen to remain anonymous. They have, however, released a lengthy list of prolific speakers and academicians who will be participating in the conference.

The conference will host a number of panels on the rise of Hindutva, caste-based oppression, Islamophobia, and the persecution of minorities in India.

“This is a major international scholarly conference which has garnered support and sponsorship from many different university departments and academic units across the US with the participation of well-known intellectuals from both India and the US,” a statement released by the South Asia Scholar Activist Collective (SASAC) read, noting that “concerted and organised efforts” have been made to prevent the conference from proceeding.

The event’s organisers, in a statement, said that several of the universities and departments sponsoring the event were under “immense pressure” to back out of it. They pointed towards a “massive disinformation campaign” led by “fringe groups”. In recent days, several participants have been forced to withdraw from the event fearing that they will not be permitted to enter India, The Guardian reported.

Several independent academics came together and released another statement in support of the event. “The purpose of the Dismantling Global Hindutva Conference is to bring together leading scholars in South Asian studies and public commentators on Indian society and politics from around the world in order to discuss the global phenomenon of Hindutva,” they said.

Why has the event been criticised?

Hindu groups and activists have been accused of sending letters to top officials at universities involved in the conference, demanding that the event be cancelled. According to a report by Al Jazeera, the Hindu Janagruti Samiti, a far-right group, whose members were linked with the assassination of journalist Gauri Lankesh in 2017, wrote to Home Minister Amit Shah, seeking legal action against the speakers of the conference.

Hindu groups in the United States, including the Vishwa Hindu Parishad of America (VHPA), the Coalition of Hindus in North America (CoHNA), and the Hindu American Foundation (HAF), have allegedly sent over 1.3 million emails to several universities urging them to pull out of the conference.

“This conference paints Hindus disproportionately and falsely as purveyors of extremism, actively denies the genocide of Hindu people, and most troublingly, labels those who disagree as ‘Hindutva’ which the conference organisers define as Hindu extremism,” read a statement by CoHNA.

Responding to criticism, several universities, such as Rutgers and Dalhousie, distanced themselves from the event and asked organisers to remove their logos from promotional material.

One of the loudest voices against the conference was that of Ohio State Senator, Niraj Antani, the youngest Hindu elected official in the history of the United States. “I am condemning in the strongest possible terms the ‘Dismantling Global Hindutva’ Conference,” he said. “This conference represents a disgusting attack on Hindus across the United States, and we must all condemn this as nothing more than racism and bigotry against Hindus. I will always stand strong against Hinduphobia.”

How have the event’s organisers responded to the criticism?

According to the event’s organisers, participants and hosts alike have received death threats, threats of sexual violence and violence against their families. “Women participants have been subjected to the vilest kind of misogynistic threats and abuse and members of religious minorities associated with the conference have been targeted with casteist and sectarian slurs in the ugliest sorts of language,” Rohit Chopra, an associate professor at Santa Clara University, who is one of the conference organisers, told The Guardian.

One speaker, writer-activist Meena Kandasamy, shared disturbing messages sent to her by a critic of the conference. She claimed she had received multiple threatening emails warning her against participating in the event.

Despite the attacks, the organisers have decided to press ahead with the conference. “Unfortunately, malicious and totally unwarranted speculations about the conference have been spread by irresponsible sections of the press, with the help of motivated political actors. Such speculations put speakers, organizers, and cosponsors at risk,” a statement on the official website reads. “Trolls belonging to extremist groups have openly threatened violence against speakers and their families. We unilaterally condemn all such efforts to intimidate and harass individuals.”

09/10/2021 India Comments Off on Explained: What is the ‘Dismantling Global Hindutva Conference’ and why has it triggered a row?
India