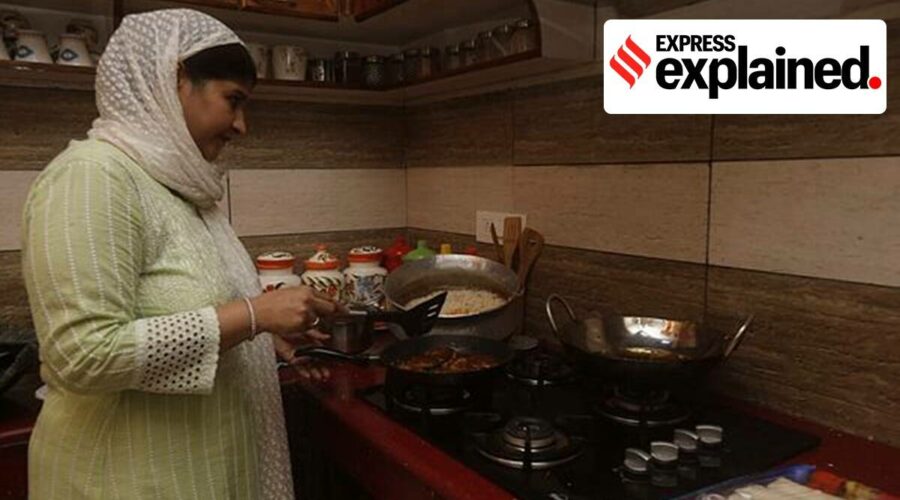 Under the scheme, KSFE would give soft loans to women from all walks of life for purchasing household gadgets or equipment. The Kerala government’s revised budget for the current fiscal has announced the introduction of a Smart Kitchen project, which is meant to modernise kitchens and ease the difficulty faced by homemakers in household chores.

The budget, presented by Finance Minister K N Balagopal, has set apart an amount of Rs 5 crore for the initial phase of the scheme, which would be implemented through the Kerala State Financial Enterprises (KSFE), a state-run chit fund and lending firm.

What is the Smart Kitchen project?

Under the scheme, KSFE would give soft loans to women from all walks of life for purchasing household gadgets or equipment. The cost of household equipment can be repaid as instalments within a particular period. The interest of the loan/cost would be equally shared among the beneficiary, local self-government body and the state government. To implement the scheme, KSFE would start smart kitchen chits.

What is the idea behind the project?

The LDF government’s previous budgets have been known for gender budgeting. This scheme emerged in the last budget of the first LDF Government led by Pinarayi Vijayan. The outlay for women-oriented schemes was Rs 760 crore in 2016-17, forming 4 per cent of the plan outlay. In the budget for 2021-22, this outlay grew to Rs 1,347 crore, forming 6.54 per cent of the plan share.

One of the highlights of the last budget of the first Vijayan government was the thrust on job creation, with women as major beneficiaries. The government believes that for better participation of women in labour, the burden on household chores has to be reduced.

By enhancing mechanisation in kitchens, women participation in labour could be increased. Hence, the Smart Kitchen project was proposed.

What are the modalities being worked out?

After assuming office for the second term, the present LDF government has constituted a high-level team to work out the modalities of implementing the smart kitchen scheme.

Members of Kudumbashree, which is Kerala’s women empowerment and poverty alleviation scheme, would get preference in purchasing kitchen gadgets under smart kitchen scheme. No collateral would be demanded from Kudumbashree members, as per the initial plan.

06/05/2021 India Comments Off on Explained: What is Kerala’s Smart Kitchen project?
India