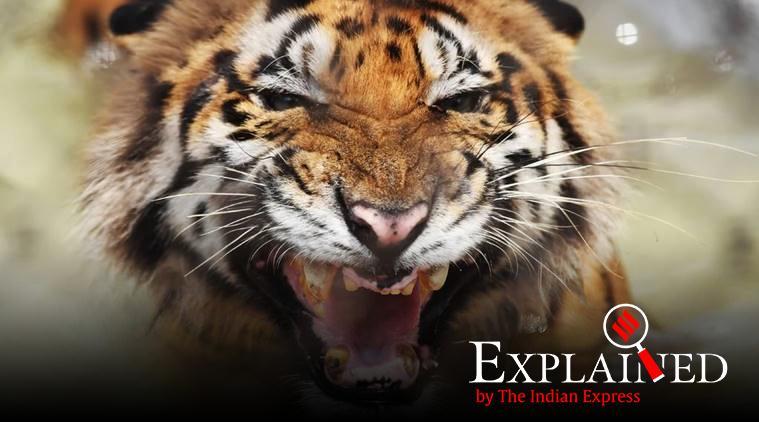 Since January this year, tigers have killed six people in Maharashtra’s Brahmapuri forest division. According to figures made available by the Brahmapuri Deputy Conservator of Forests, Kulraj Singh, 14 people were killed in human-wildlife conflict in the division in 2018-19, more than double the number of deaths two years ago.

The Brahmapuri division, which has five forest ranges, has the reputation of being the best conservation model outside protected areas such as tiger reserves and wildlife sanctuaries. Spread over 986 sq km, the division has over 610 villages, about half of them located in forested patches. Official estimates put the number of tigers in the area at more than 40.

The period between late March and May is the season for mahua flowers and tendu leaves. It is the time that villagers cannot stay away from the forests — the season’s produce could fetch each family around Rs 30,000. Paddy farming, the other occupation of many villagers, usually does not yield much.

Villagers also depend on the forest for firewood. The Pradhan Mantri Ujjwala Yojana to provide LPG connections has not adequately solved their problem of cooking fuel. Most villagers do not have the money for refills, and they complain that the LPG agency does not deliver to their homes.

The spike in attacks by tigers in Brahmapuri this year notwithstanding, the big cat does not naturally or habitually attack humans. Typically, the bulk of human casualties occur in a few pockets of acute conflict. While traditionally, tigers have killed more people in the Sunderbans than anywhere else in the country, pockets around the Tadoba reserve in Maharashtra and Corbett in Uttarakhand have of late seen increased chronic human-animal conflict.

Most conflict zones have a history of drastic changes in land use. The Sunderbans had to absorb a huge influx of settlers under the British, and again after the Bangladesh war. Dense malarial forests along the Shivalik foothills — the terai — became ‘inhabitable’ for the masses of people who moved in rapidly following Independence.

Change of land use in a forest begins with deforestation. As more people spend more time inside tiger forests, the chances of accidental encounters with the big cats increase dramatically.

05/20/2019 India Comments Off on Explained: What explains the spike in tiger attacks in Brahmapuri?
India