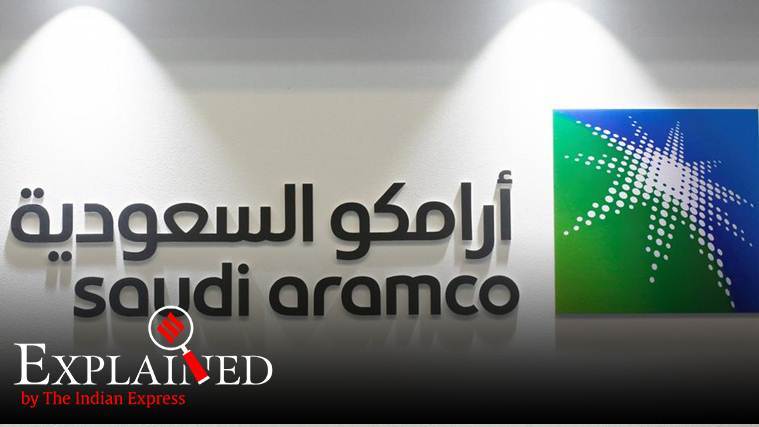 The company oversees the second-largest proven crude oil reserves in the world and for the past few years has pumped out around 10 million barrels a day, making it one of the largest companies in the world. 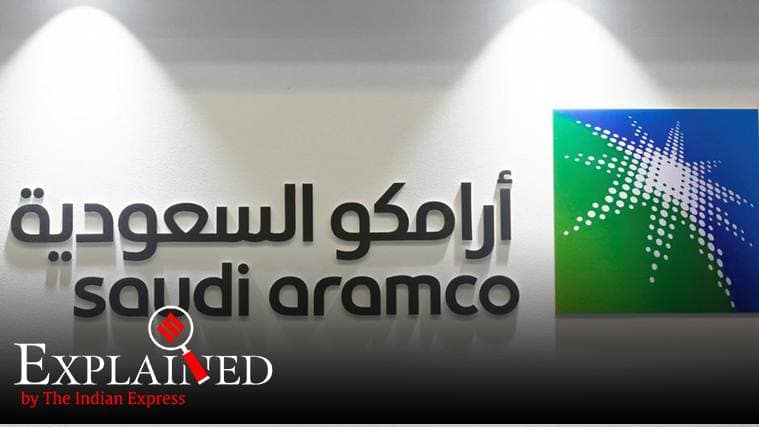 What is Saudi Aramco?

Formally known as Saudi Arabian Oil Company, Aramco, is a Saudi Arabian-based oil and natural gas giant. It runs oil and gas fields throughout the country and offshore. With subsidiaries throughout the world, it brings its technical expertise in supply chain management, exploration, refining and chemicals.

The company oversees the second-largest proven crude oil reserves in the world and for the past few years has pumped out around 10 million barrels a day, making it one of the largest companies in the world. Its revenue of $388 billion (€352 billion) in 2018 means it brings in over a billion dollars a day. Its net income of $111 billion was more than that of its competitors ExxonMobil, Shell, BP, Total and Chevron combined. Though numbers vary, globally it employs around 70,000 people.

Who owns it now?

Up until now the company has been fully owned by the Saudi Arabian government. It is overseen by the country’s Ministry of Energy, which is headed by Abdulaziz bin Salman bin Abdulaziz Al Saud, a son of King Salman.

Over the years its gigantic streams of income have dominated the economy and society. More recently the country’s leaders have seen the need to diversify the economy and make it more futureproof. Ideas have ranged from opening up for tourism and huge infrastructure investments to making the county more attractive for foreign investors and firms, especially those not related to the oil and gas business.

All this comes under the heading “Vision 2030,” a plan published in 2016 by Crown Prince Mohammed bin Salman to reduce the Gulf state’s dependence on oil. For these changes though huge cash investments need to be made. Selling stocks in Aramco is part of his answer.

When will it go public?

This is the question of the hour. A previous attempt at an initial public offering (IPO) was stopped in 2018. At the time the company wouldn’t set a new date, saying it was looking for favorable market conditions. Many were skeptical it would happen at all.

But this September the company appointed a new chairman. Unexpectedly, the same month a major processing facility and oil field were attacked by drones. The assault highlighted vulnerabilities and knocked out over half of the country’s oil output. Conversely, oil prices are down. Additionally, a possible global slowdown — with its corresponding downturn in demand for oil — may be coming. Despite all of this, or maybe because of it, the company is pushing hard for a quick listing.

Now reports say that the company will officially approve the plan to go public and publish an analyst prospectus by the end of October. This document will test investor interest and help the company decide on its value. In the current situation most experts come to a total value of $1.5 trillion. The crown prince wants $2 trillion, and this huge discrepancy has been a sticking point in the past.

No matter the valuation or when and IPO happens, only a miniscule amount of the company stock will be available.

So far the company is planning to offer up to 3% of their shares on the Tadawul exchange in Riyadh by the end of the year. Listing within the country is a safe legal bet and will protect the company from foreign jurisdictions and more scrutiny. Nonetheless, the company is additionally expected to later list outside the country, which will call for more transparency. In all, 5% of the stock is set to be floated on exchanges.

Saudia Arabia has only allowed foreign institutional investors in its domestic market since 2015. For the government, an Aramco public offering is another step toward a more open form of Western capitalism.

For many Saudis, Aramco is more than a company; it is part of their identity and a lifeline. This fact has not gone unnoticed and company officials have been trying to convince not only rich Saudis but also ordinary citizens to get ready to buy shares in the company as a sign of loyalty to the country and its ruling family. It is an emotional pull and the country’s banks are also expected to give out large loans to help local investors buy shares more easily.

If that’s not enough, the company can expect other governments to jump onboard and snap up shares through their sovereign wealth funds. But as many big institutional investors around the world pull out of fossil fuels, will this be enough? And what about a company that is still 95% owned by a government that is dependent on its cash infusions? Can it ever be truly independent?

Saudi Arabia has long had all of its eggs in one basket, so a lot is at stake when it offers up part of its crown jewel: its honor, piles of cash and its ability to invest in its future. Media hype and a proper sales brochure are important, but timing is everything.

10/17/2019 India Comments Off on Explained: What does it mean if Saudi Aramco goes public?
TV & Movies