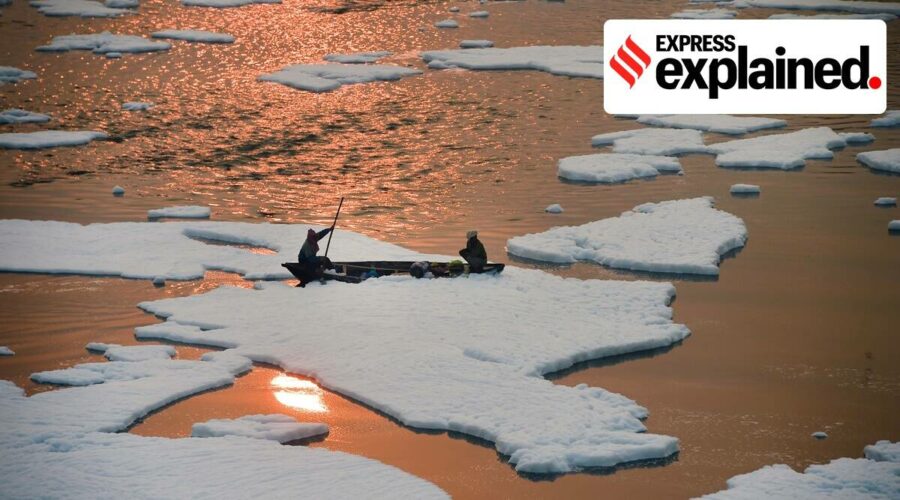 Experts say the release of untreated or poorly treated effluents, including sewage from those parts of the city that are not connected to the sewerage network and industrial waste, could lead to frothing. 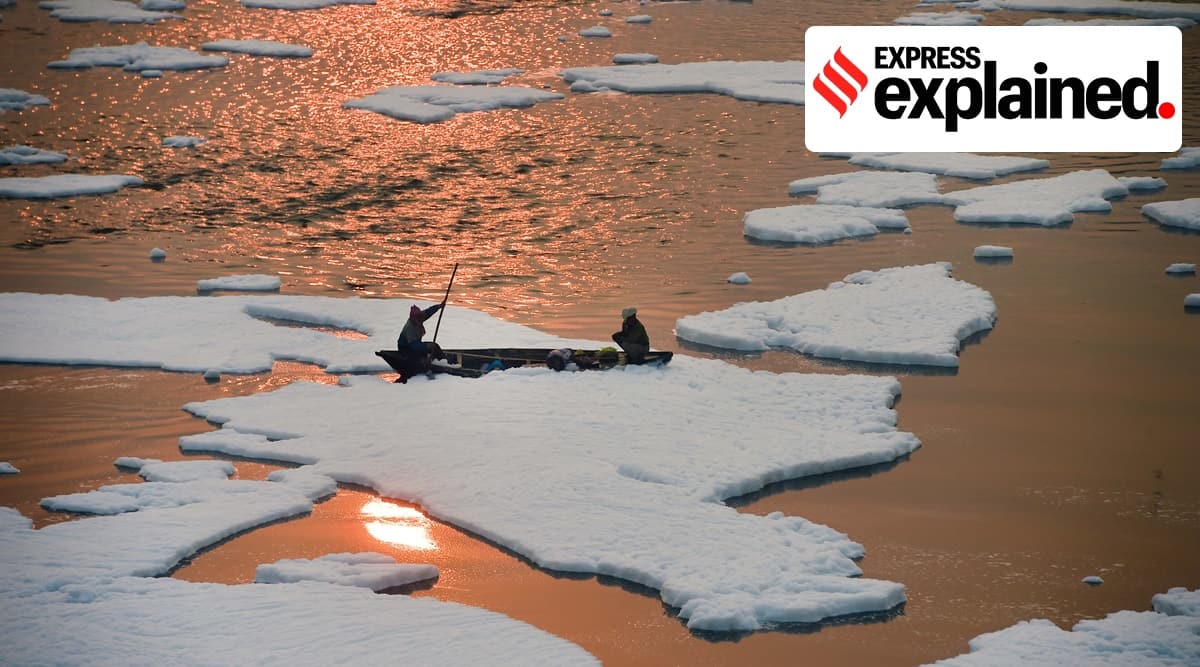 In what has become a repeat occurrence in the city, a layer of froth was seen floating over parts of the Yamuna river near Kalindi Kunj on Monday, with Chhath devotees standing in toxic foam-laden water to offer prayers.

What causes frothing in the Yamuna?

The froth is a sign of a polluted river. Experts say the release of untreated or poorly treated effluents, including sewage from those parts of the city that are not connected to the sewerage network and industrial waste, could lead to frothing. Specifically, phosphates in the river form the froth, said Sushmita Sengupta, Senior Programme Manager of the Water Programme at the Centre for Science and Environment (CSE). Surfactants and phosphates from detergents in households and industrial laundry find their way into the river, as all the sewage is not treated, Sengupta said.

Explaining the reasons for foaming around this time of the year, Sengupta said the river is in a lean phase and the water flow is less. Pollutants, therefore, are not diluted. The turbulence at the barrage near Okhla generates foam from the phosphates, a DJB official added.

After formation of foam in July 2020, the now-disbanded Yamuna Monitoring Committee had asked the Delhi Pollution Control Committee (DPCC) and the Central Pollution Control Board (CPCB) to inspect and submit reports on the matter. The CPCB report submitted in August last year notes that foam formation takes place at two locations – downstream of the ITO and Okhla barrages. The water falling after discharge from the Okhla barrage causes the surfactants and foaming agents present in the wastewater or in the sludge on the river bed to get agitated, forming foam.

Who is responsible for cleaning up the mess?

Officials of the Delhi Jal Board have been pointing to the location of the frothing to suggest that the phenomenon has little to do with the DJB itself. The frothing is seen only near Kalindi Kunj, downstream of the Okhla barrage, according to a senior DJB official, who added that if the sewage from Delhi was to blame, the frothing would have been seen across the entire stretch of the river, after the Wazirabad barrage, since drains begin emptying into the river from there. “There is a drain that comes from UP and empties into the river near Kalindi Kunj. The drain contains untreated sewage that pollutes the river,” the official said.

In a briefing on Monday, Raghav Chadha, Vice-Chairman, DJB, said the Okhla barrage is maintained by the Irrigation Department of the Uttar Pradesh government, and that the layer of foam floating in the river near the Okhla barrage is due to detergents and toxic waste. “Around 155 MGD of water reaches the Okhla barrage with all sorts of waste, industrial discharge, chemicals and detergents. Of this, 105 MGD is released by the Haryana government into the Yamuna through the Najafgarh drain. The remaining 50 MGD is released by the UP government. The water falls from a height, so the untreated waste turns into foam. We have written multiple times to the UP government to treat the water before releasing it, but we keep seeing this,” Chadha said.

However, it is not only near the Okhla barrage where phosphates are present in excessive quantities in the river. “It must be that the load of pollutants is high at that point near Okhla, which is why we see the foam at that point,” Sengupta said. The CPCB report submitted to the Yamuna Monitoring Committee last year said that phosphates and surfactants were not detected upstream of Wazirabad, but were observed between ITO and downstream of the Okhla barrage.

The DPCC report also submitted to the committee last year said that the highest concentration of phosphates (13.42 mg/litre) and surfactants was found at Khajoori Paltoon, downstream of the Najafgarh drain. The concentration at the Okhla barrage was 12.26 mg/litre, and the level at the Nizamuddin Bridge was 11 mg/litre. The concentration at Palla was 9.78 mg/litre. In the drains, the highest phosphate level was found in the Najafgarh drain (74.5 mg/litre), followed by the ISBT drain (65.5 mg/litre), Barapulla drain (57.2 mg/litre), and Indrapuri drain (54.2 mg/litre). High phosphate levels were also found near the Bhalswa bridge.

What has been done about it?

In June this year, the DPCC banned the sale, storage and transportation of soaps and detergents not conforming to the quality standards set by the Bureau of Indian Standards (BIS). The now disbanded Yamuna Monitoring Committee had recommended that such a ban be imposed.

The fifth report of the NGT-appointed Yamuna Monitoring Committee from December last year, notes that though BIS standards for detergents have been improved, it is not clear whether these standards will actually be enforced. “The role of regulatory bodies like CPCB, DPCC and PCBs is generally limited to implementing discharge/effluent standards,” the report said.

A senior DJB official said samples are being collected from the river near the Okhla barrage to check phosphate levels. The DJB does not monitor the levels daily, though samples are taken when required, he said.

Chadha, in his briefing, referred to the DJB’s Interceptor Sewer Project (to treat the sewage being emptied into the river via drains) and efforts to connect colonies in Delhi to the sewerage network.

11/12/2021 India Comments Off on Explained: What causes frothing in Delhi’s Yamuna?
India