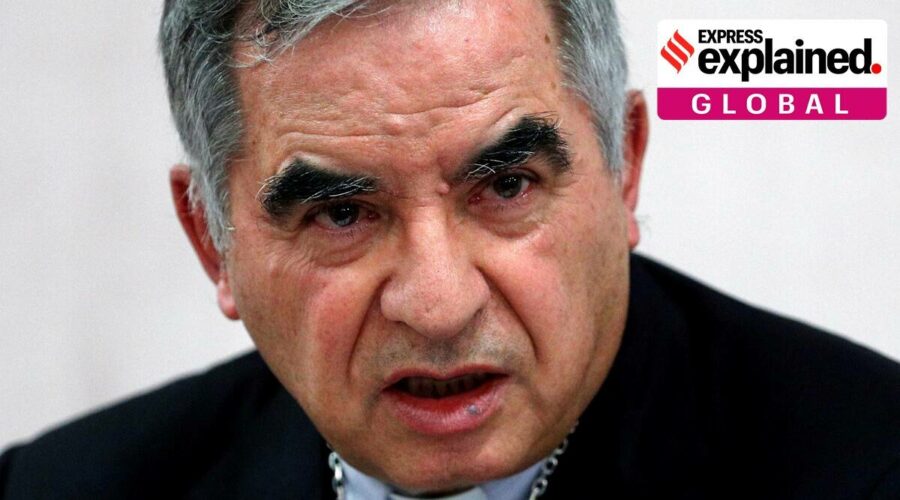 The trial is related to the $200 million paid for a luxury apartment block in London’s Sloane Avenue, with money from the Church routed via offshore funds and companies. Cardinal Angelo Becciu, an influential Catholic cleric from Italy, has been ordered to stand trial by a Vatican judge over alleged financial crimes, the Holy See announced on Saturday.

Becciu, who was forced to resign in September last year, is among 10 people who have been accused of wrongdoing related to the purchase of a plush property in central London using church money. He will appear before a tribunal from July 27.

The willingness of Pope Francis to sanction charges and a trial against a cardinal –a top-ranking official having voting powers at papal conclaves – is seen as part of his efforts to improve the reputation of the Roman Catholic Church by acting against financial crimes, which have marred its image in the past.

What is the case?

The trial is related to the $200 million paid for a luxury apartment block in London’s Sloane Avenue, with money from the Church routed via offshore funds and companies. The controversial deal was loss-making for the Vatican, and was subsequently the subject of a financial probe.

Becciu, a one-time close aide of Francis, was at the time in a key position in the Vatican’s Secretariat of State, a department that manages the Church’s donations. The cardinal had previously defended the deal, despite the scandal happening under his watch.

The charges against Becciu include embezzlement, witness tampering and abuse of office. As per an AFP report, the cardinal said in a statement on Saturday that he was the “the victim of a conspiracy” and claimed “absolute innocence”.

Two among the nine other people charged along with Becciu are former chiefs of the Vatican’s financial intelligence unit, and face charges including embezzlement, money-laundering, fraud, extortion and abuse of office.

Another person charged is Cecilia Marogna, an Italian consultant who allegedly received 500,000 euros from the church into her Slovenian bank. She is known as “the Cardinal’s Lady” for her ties with Becciu.

Who is Cardinal Becciu?

Cardinal Becciu, 73, was removed last year in September from his powerful position leading the department on sainthoods in the Vatican, after Francis told him that he had been accused of siphoning off church money to help his siblings, as per the AFP report. As per a New York Times report, the dismissal announcement suggested that Becciu had lost his voting rights at papal conclaves. He retained the title of cardinal, however.

Before that, from 2011 to 2018, Becciu was the Substitute for General Affairs, a role resembling chief of staff in the Vatican city’s bureaucracy.

As per a statement on the Vatican website, investigations had been carried out in many countries, including the UK, the UAE, Slovenia, Singapore and Luxembourg. It said that work had “brought to light a vast network of relationships with operators in the financial markets that have generated substantial losses for the Vatican finances, having also drawn on the resources intended for the personal charitable works of the Holy Father”.

As per media reports, bad investments such as the London property have cost the Church hundreds of millions of dollars.

07/04/2021 India Comments Off on Explained: The Vatican embezzlement trial in which a cardinal has been charged
India